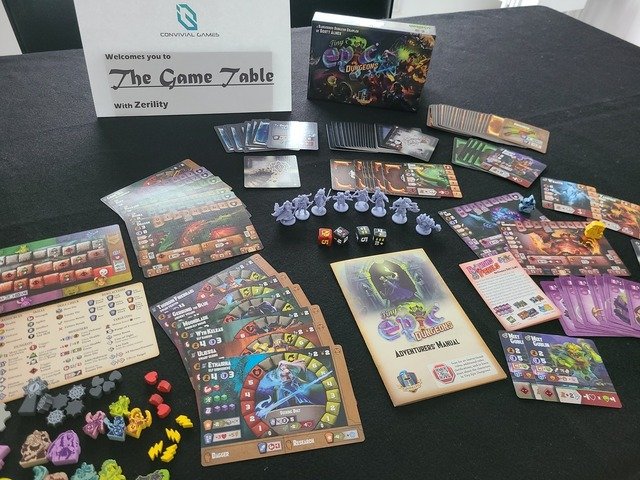 I was extremely eager to get my hands on this one by the renowned Scott Elmes, this deluxe version (includes potions and perils mini expansion and deluxe content from their Kickstarter campaign) was generously sent by Gamelyn Games. I’ve got to say, they are absolute wizards at fitting high-quality games with great components into a little box. We’ve seen that before from this team – the last one I had played was Tiny Epic Tactics about a year or so ago. Dungeons blew me away when I opened it. It was absolutely full of content and I was so intrigued that I rearranged my normal schedule to get two plays of this game in within 3 days of receiving it; one co-op and one solo.

Tiny Epic Dungeons is a fully cooperative dungeon crawler for 1 to 4 players set in the fantasy world of Aughmoore.

In Tiny Epic Dungeons, players control a band of Heroes exploring a treacherous dungeon in search of the fearsome Dungeon Boss. Heroes make their way through the dungeon one room at a time. Around every corner goblins and ferocious minions seek to block the Heroes’ path. Where there isn’t an enemy, traps are set, ready to spring on even the most prepared Hero.

Tiny Epic Dungeons features a modular dungeon that is unique with each play.

The game is played over two acts: The Dungeon, and the Dungeon Boss. In both acts, the players are constantly struggling against the waning firelight of their torch which decreases each turn. When the torch goes out, the Heroes are forever lost in the darkness.

Disclaimer: The publisher provided the copy of TINY EPIC DUNGEONS. The opinions expressed in the review are completely my own. 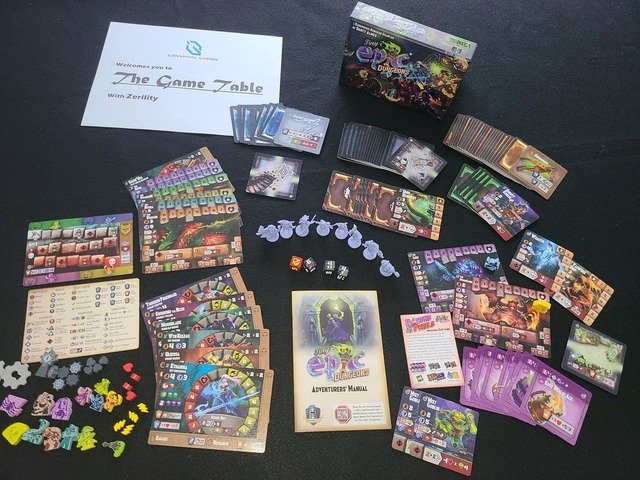 The whole product is impressive. The minis are detailed and a nice size, there are a full handful of custom wooden pieces, there are multiple decks of cards to provide variance and intrigue, the modular dungeon tile system is extensive, and the variety of monsters, spells, and loot is great. Everything including the box (which had a super cool picture featured inside the cover) was high quality and attractive.

My favorite part is how immersive the whole experience was. As a previous D&D player, I can say that this really packed the full rewarding feel of a great session into a much shorter timeframe. They succeeded in doing this by providing so many unique characters, monsters, loots and variability. So, I suppose my favorite part is not knowing how it will play out.

I was a bit disappointed in what happened to an unconscious hero in some cases. The rules state that you would be forced to rest (which can be done when conscious as well but is voluntary) gaining 3 health and 5 focus. That in itself makes sense, and is a good use of your main action. Normally after a main action you can’t still move but that is allowed in this case. However, if there is a monster already in the room, such as the one that just killed you, you can’t leave that room – unless you have stealth. I felt that if it was your turn next, or multiple people got KO’d at the same time you can only stand up and end your turn and hope not to die again. Most importantly, there are precious few turns in the game due to the torch always fading so wasting a turn in this manner is brutal. This is very specific mind you, and will not come up in every game. 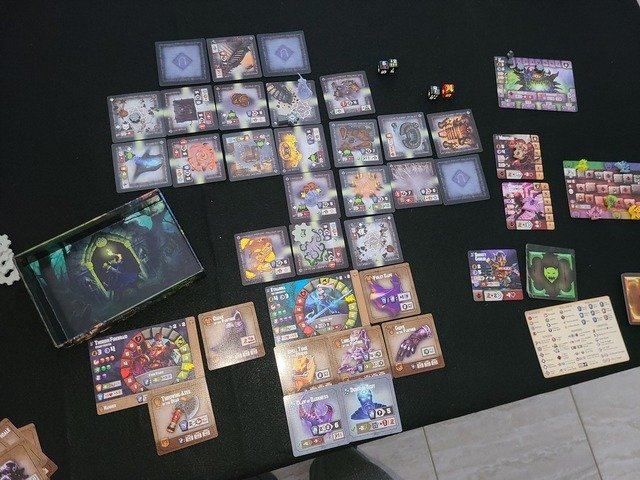 I’m famously not much of a solo gamer, but this game here is the first time I have ever felt completely into a game that I played alone. Therefore, I’m going to say this is the best solo game that I currently know of. The multiplayer game I shared with a friend of mine went similarly well, even though we ran out of torch and lost. I will warn that this game has a decent learning curve and would be very challenging to a new player. When you learn the symbology though, it is really smooth. Having played as many games as I have, the symbology made sense to me by looking at it visually and I spent only a little time consulting the rules and basically not at all for the second game. 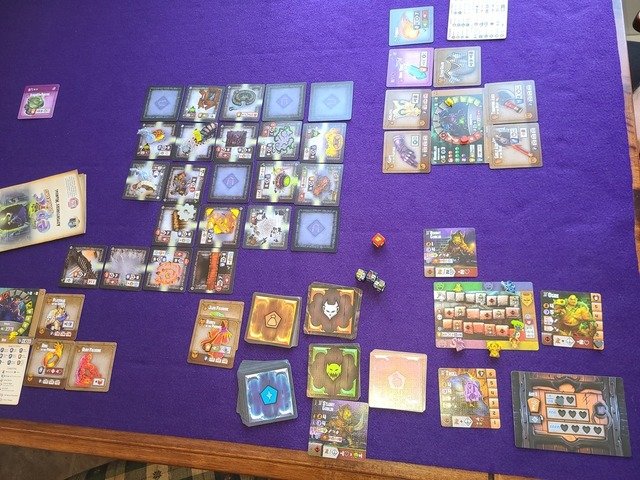 This is a no brainer to me; I give it two thumbs up and recommend it to any seasoned adventurer or those in search of something challenging and exciting. I don’t know what else to say but that this has earned a spot in my top 10 and will always have a place in my collection. A great game that I was delighted to have experienced.

I’ll see you next time, back here at The Game Table!

After reading Brad’s review & shoutout, if this sound like games for you at the time of this posting you can get your own copy of Tiny Epic Dungeons online for only $35. Check it out and PICK UP YOURS HERE.
Find out more on BGG.
Did you get the game based on our review? Please comment below letting us know!