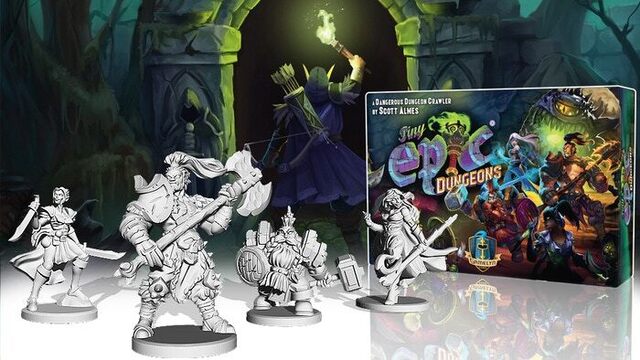 No. of Players: 1-4
Ages: 14+
Find more info on TheBoardGameNexus.com
From the Publisher:
A quick playing cooperative dungeon crawler for 1 to 4 players, featuring a modular dungeon, epic boss battles and detailed miniatures!
Disclaimer: The publisher provided the copy of TINY EPIC DUNGEONS. The opinions expressed in the review are completely my own. 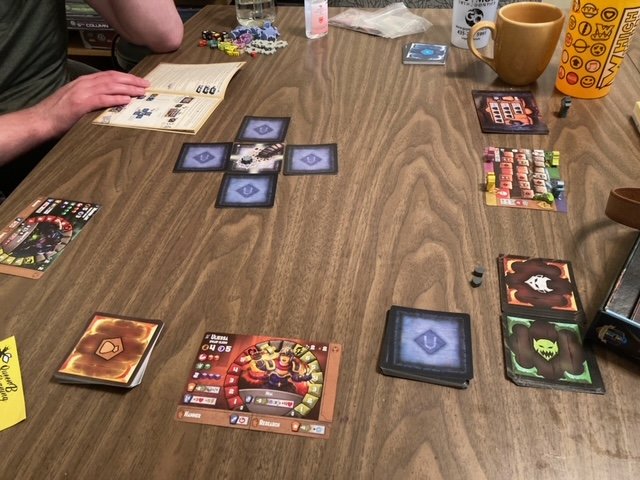 Tiny Epic Dungeons is not an easy game and earns its Epic title.  We playtested it three times in a row and realized we messed up rules each time…that would have made it harder if we played right…and we never even saw our delve boss.  That would normally be bad, but we had a blast and expect to return several times to this game.

It is fast enough to play repeatedly, varies substantially with your heroes and loot draw, and incorporates some stellar teamwork so it was great even losing repeatedly.

We look forward to when we eventually manage to win!

Our store would happily stock this.  It is on theme, family friendly, and has character(s) in spades. 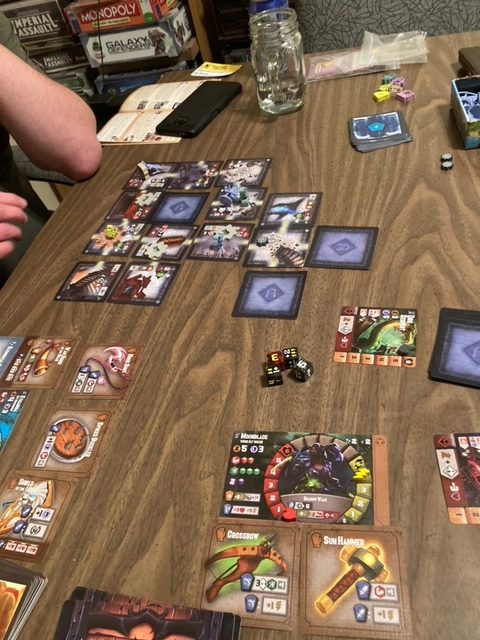 10/10 recommend to all fantasy mid to upper level gamers and groups 2-4 players.

Those that have read our reviews will note I don’t give 10s lightly and this deserves it!

Our store likes the tiny epic games.  The diversity of their offerings is astounding and each one so far has been super fun to play.

Tiny Epic Vikings brings a similar feel to older versions like Tiny Epic Kingdoms while still being different enough to feel like an entirely different game.

We are excited to pull this out at game nights and replicate daring swashbuckling ship warfare with all the plunder you can carry.

This isn’t a top favorite but definitely a good game and gets a solid 8/10 as a mid level mid length game and fully family friendly.

After reading The Arcanist’s Armory LLC’s review & shoutout, if these sound like games for you at the time of this posting Tiny Epic Vikings
will be live on KICKSTARTER for only 3 more days, until Thu, May 26 2022 2:00 PM PDT, and has surpassed its funding goal of $15,000. Check it out and PLEDGE BELOW.

Find out more about Tiny Epic Games at TBGN.
Did you back or get either game based on our review? Please comment below letting us know!