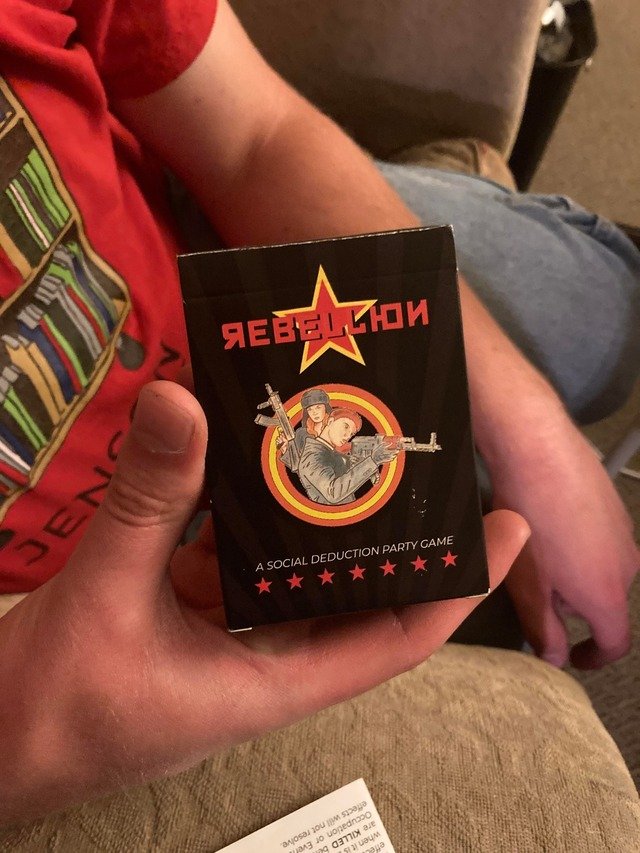 Rebellion is a social deduction party game set in the late Soviet era. It pits those looking to overthrow the government against those seeking to infiltrate and sabotage the resistance.

For setup, players are given unique roles such as Doctor or Hacker (each with a special ability) and then split into two secret teams: Rebels and Spies.

Each player’s turn has three steps: Draw, Check, and Recruit. First, a player draws an event card and follows the instructions on it. These cards may do things such as kill other players, change loyalties, or provide valuable information. Then players check to see if enough players are recruited. If there aren’t, players end their turn by recruiting another player, who goes next.

When there are enough recruited players, The Rebellion starts: loyalties are revealed and counted. Whichever team got more players recruited wins.

Disclaimer: The publisher provided the copy of  Rebellion. The opinions expressed in the review are completely my own.

This game was really enjoyable.  We play-tested it with 8 players.  It plays 6-17 with advised being 8+ because 6 and 7 plays a very different game with the removal of a number of events and roles.
In rebellion, it is like a combination of Mafia and Avalon or Resistance.  You have a target number of your team members that you want to be on the mission when the rebellion starts.  We were amazed that the suggested playtime of 2-3 minutes per player held true.  The test took about 15-20 minutes with 8 players after the initial rule reading and would likely go even faster next time. 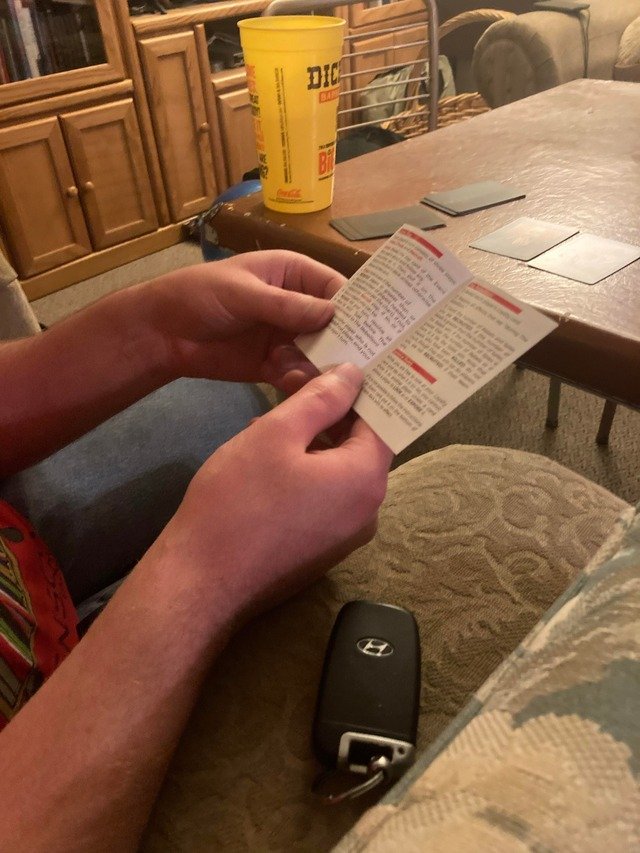 There are several different roles so everyone gets to do something with their character…usually.  The difficulty with the game is that once the number of players in the Rebellion are chosen, you reveal everything and resolve.  There are not as many people in the rebellion as there are players, so there is no guarantee that you get an actual turn each time you play.  However, rounds are short enough that as long as the group doesn’t just willfully ignore someone everyone should be able to participate.  There may also be ways to affect the game other than on your turn depending on what jobs you receive.  The other tricky part is that there are events that resolve every turn, and we may have gotten a weird draw, but most of them had requirements that could not be filled so they didn’t end up doing anything. 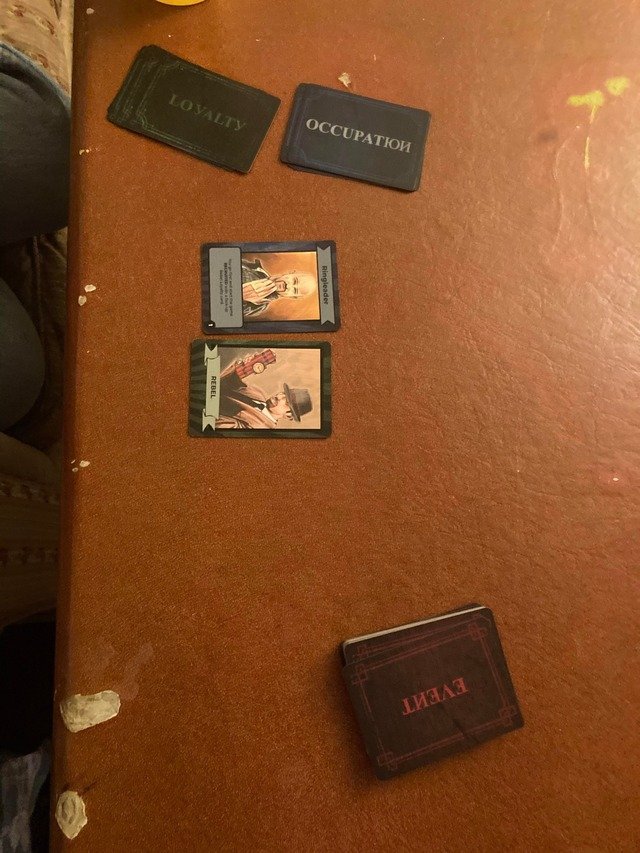 Overall, it is fast, fun, and one of very few games that handles huge gatherings well.  It gets a 7/10 on our rating scale and we would happily play it again and stock it in our store.  Great family friendly game, not likely The Game night Pick, but possibly played any night where the main game gets over 20 min before everyone wants to leave and there isn’t time for another main game.
After reading The Arcanist’s Armory LLC’s review, if this sounds like a game for you at the time of this posting Rebellion is available for purchase on Gothic Gamelabs Website for only $19.99. Check it out and pick up your copy HERE.
Find out more at BGG.
Did you get it based on our review? Please comment below letting us know!

Check out Rebellion and Gothic Gamelabs on: