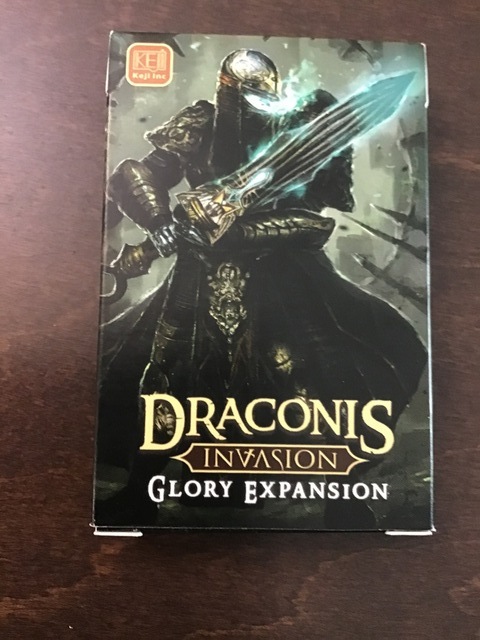 No. of Players: 1-6
Ages: 14+
Playing Time: 30-90 minutes.
Find more info about the base game on BoardGameGeek.com
From the Publisher:

Battle the dark powers of Draconis in the ultimate medieval fantasy deck-building game.

With over five hundred beautifully illustrated cards, Draconis Invasion is a fast-paced deck-builder for 1-6 opponents, lasting approximately 45 minutes, with hordes of invaders attacking your kingdom, and players racing to gather armies, gold, and special action cards to fight the enemy. Unlike other deck-building card games, Draconis Invasion incorporates hidden campaign cards that reward points for killing specific Invaders, Terror cards and the Terror Die that add a doomsday clock so that your armies become tired and weak as time passes, and triggered Event cards that target the game-leader with potentially disastrous effects. Kill six Invaders or exhaust the Events cards to end the game. When the dust settles, only one hero will stand victorious as the realm’s greatest champion.

Disclaimer: The publisher provided the prototype copy of Draconis Invasion: Glory Expansion. The opinions expressed in the review are completely my own.

It pleases me to say that I am among the first to try the prototype Glory Expansion for the base game of Draconis Invasion, which I reviewed within the past few years.

For those interested, the original review was received quite positively , managing to get the better of other bigger names in deck building for being more far more streamlined than the competition, and its Wrath expansion was received equally as well for being uncluttered and not compounding the game with unnecessary bulk.

I am happy to report that the new Glory expansion manages to do what the Wrath expansion did so well with—being first and foremost a creation of quality over quantity.

Because as I have noted before, I have been getting tired of endless bundles of useless content for expansions that only end up taking more shelf space. If more can be done with less, I am all about that these days.

As such. the Glory Expansion as received is nothing more than a small box of cards—much smaller than even the modest Wrath expansion.

Not quite what one might expect these days when the focus seems to be much more on excessive content. But again, Jeff at Keji Inc seems to realize the relevance of keeping the focus on fun rather than oversaturated content. And it shows.

At the heart of this Expansion are new cards for your deck that everyone has an equal opportunity to enjoy. There will not be any new guardian or defender cards, but there are the following : 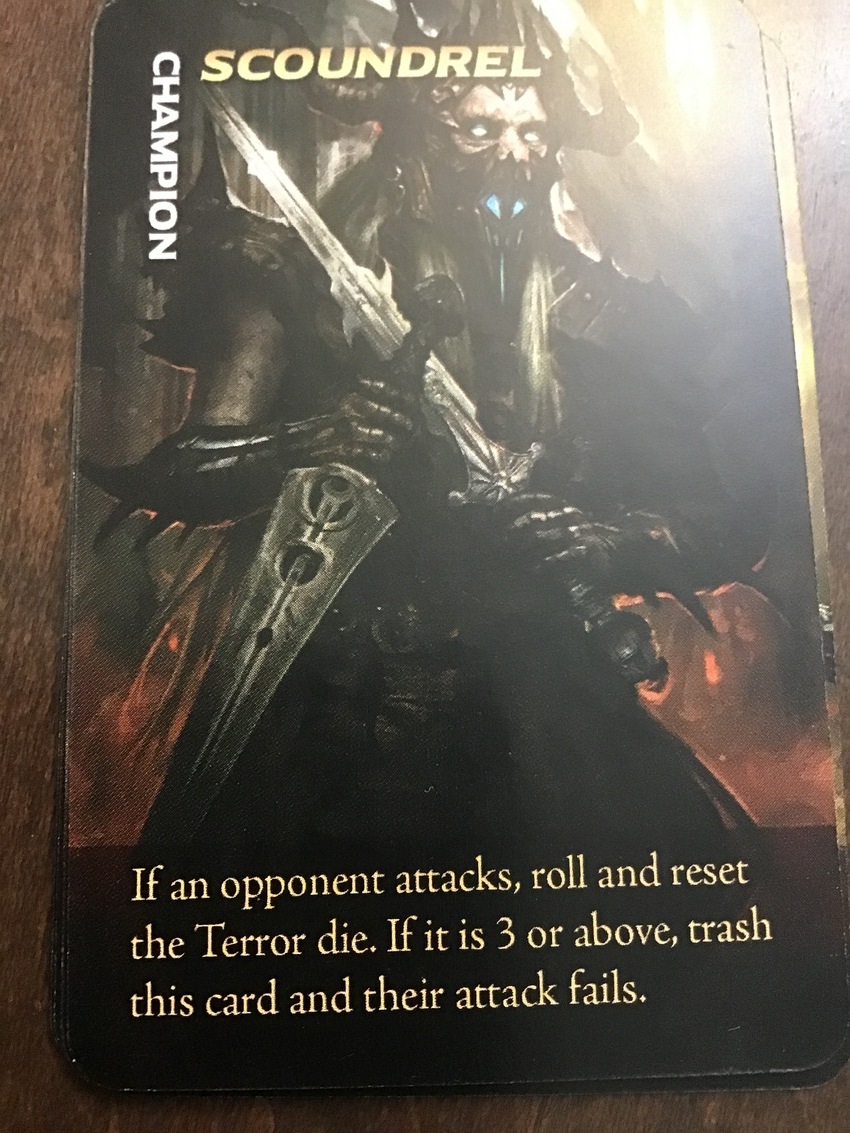 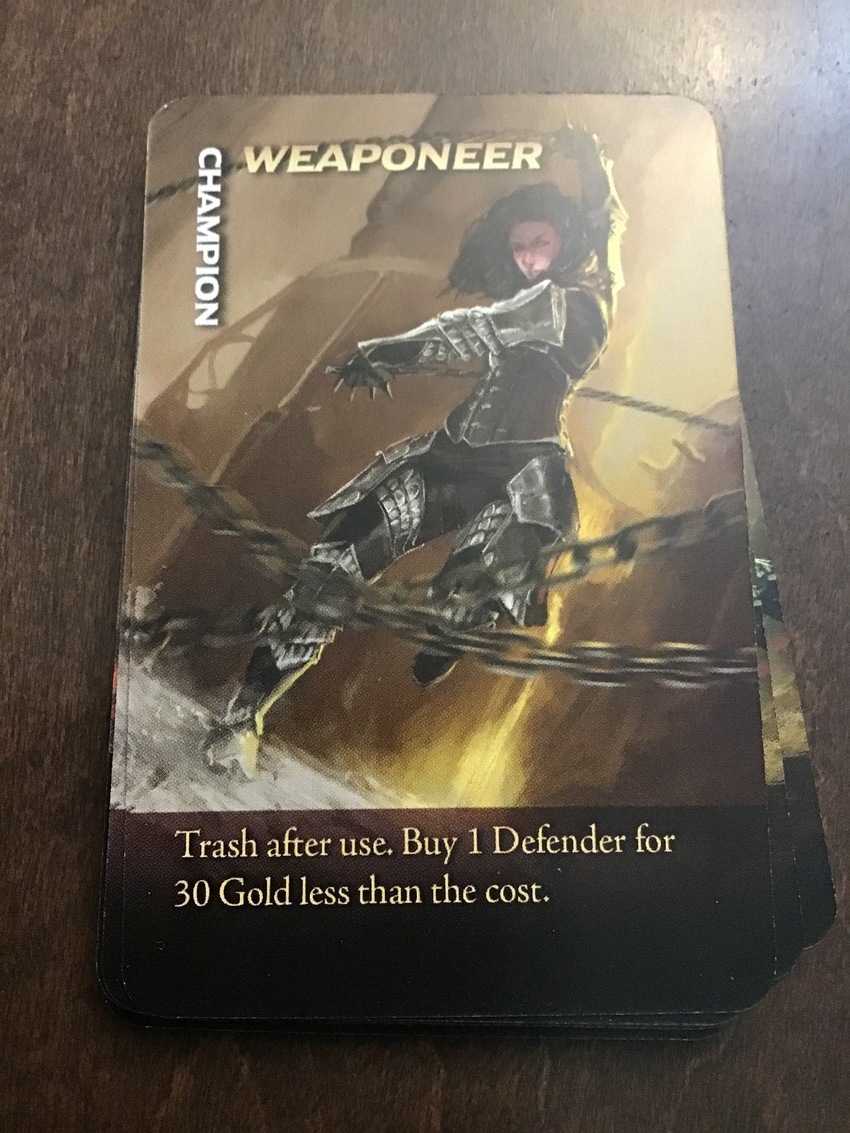 Champion cards are one time use cards that are drafted at the beginning of the game, and each player will get two to choose from by taking one and passing the remainder of the Champion cards around the table until everyone has two.  They are then placed face up and can be utilized on your turn (only one per turn though), and these are generally trashed after you decide to use them. These cards effectively allow you to plan strategic use to overcome an otherwise insurmountable foe, gain extra actions, eliminate clutter from your deck, or a number of other effects. 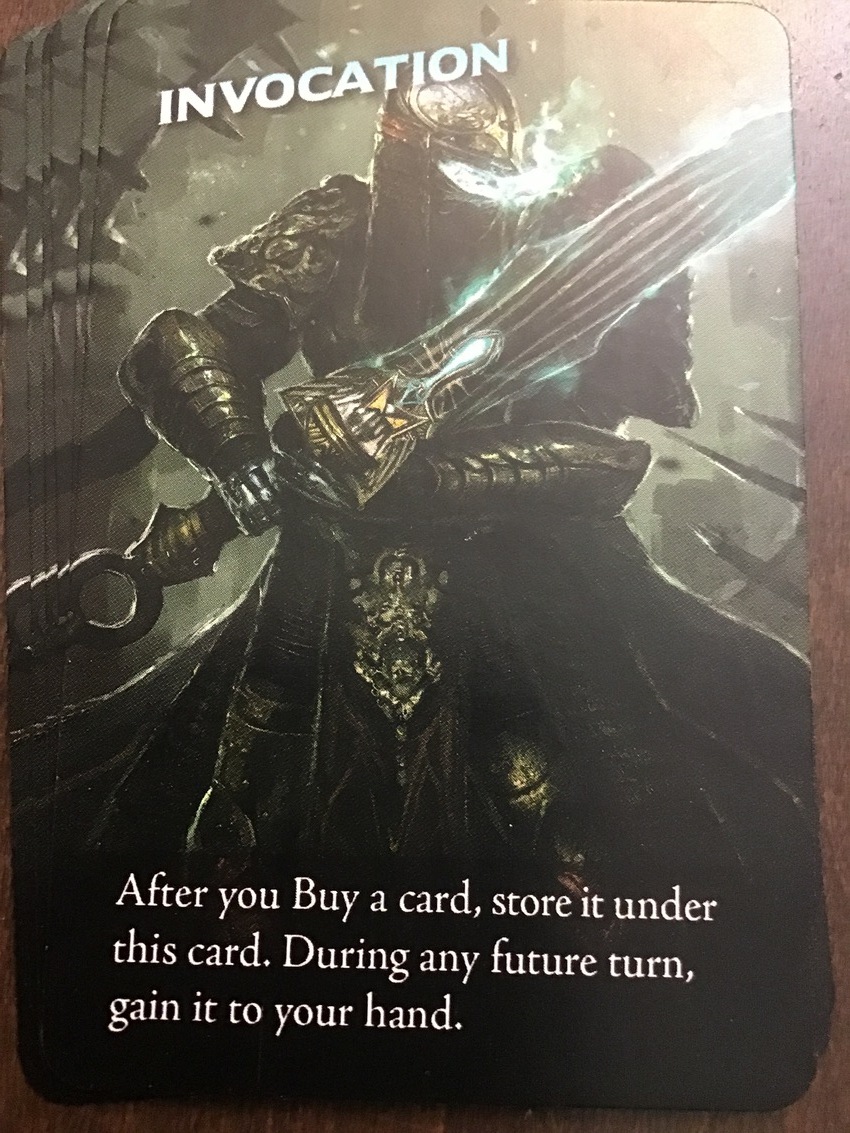 Each player also gets an “Invocation” Card at the start of the game. For you DnD wizards, this effectively functions as a “Ring of Spell Storing” and allows you to store a card under the Invocation Card after buying a card, allowing it to be added to your hand on any future turn. Say goodbye to never having that one good card when you need it the most. Neat-o. 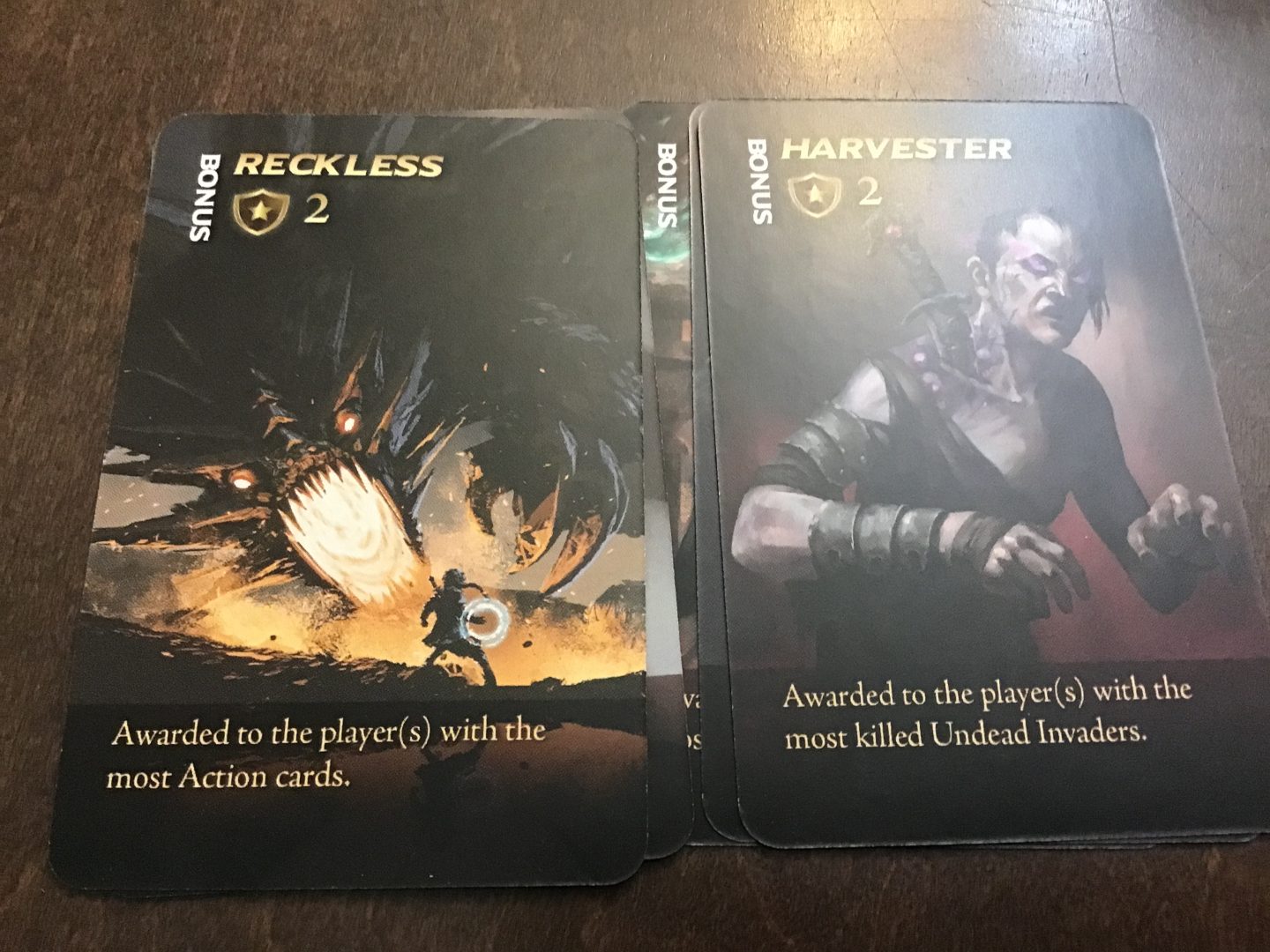 Lastly Bonus cards (chosen at the beginning of the game) as implied by the name,  give all players access to personal goals that allow you to score more points at the end of the game. Some such as “Terrified” allow you to gain points for having the most Terror Cards (normally not a good thing to have) and Reckless awards the players that have the most Action Cards.

And that my friends is all this expansion consists of at the time of this preview. I know, it is not exactly a staggering and earth-shattering amount of material, but the important thing is that it all works, without forcing a dramatic learning curve and the need for you to add another bulky box to your shelf—it simply tucks away nicely in the original base game along with the Wrath Expansion and that is it.

Personally, this has been another breath of fresh air for me.

The Kickstarter for the Glory Expansion launches in quarter 1 , 2022, and given the small size , I would imagine a very modest price for it, which is another reason for you to look forward to it.

After reading Jazz’s review, if this sounds like a game for you at the time of this posting Draconis Invasion: Glory Expansion will be launching on KICKSTARTER in Q1 of 2022. Check back here for a link once we have it.
Find out more about the base game at BGG.
Do you plan on backing it based on our review? Please comment below letting us know!

Check out Draconis Invasion: Glory Expansion and KEJI Inc on: