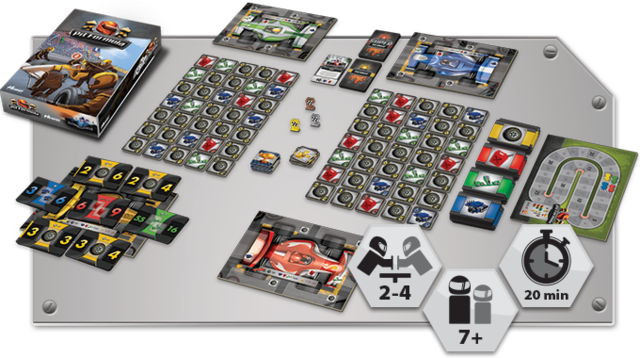 No. of Players: 2-4
Ages: 7+
Playing Time: 20-40 minutes.
Find more info on BoardGameGeek.com
From the Publisher:
In a formula race not only about cars and pilots, lead a crew of brilliant mechanics who will insanely fast put the racing cars back on track! Pit Crew is a frenetic board game that will require concentration and fast thinking. During each race you will be presented to a series of car components to fix. Each component is resolved with a different math operation: sum, subtraction, multiplication and open interval between numbers. Every player will resolve those operations simultaneously as they look for the answers on the tokens over the table. Be freaky fast to resolve your pitting car issues and win the race!
Disclaimer: The publisher provided the prototype copy of Pit Formula. The opinions expressed in the review are completely my own. 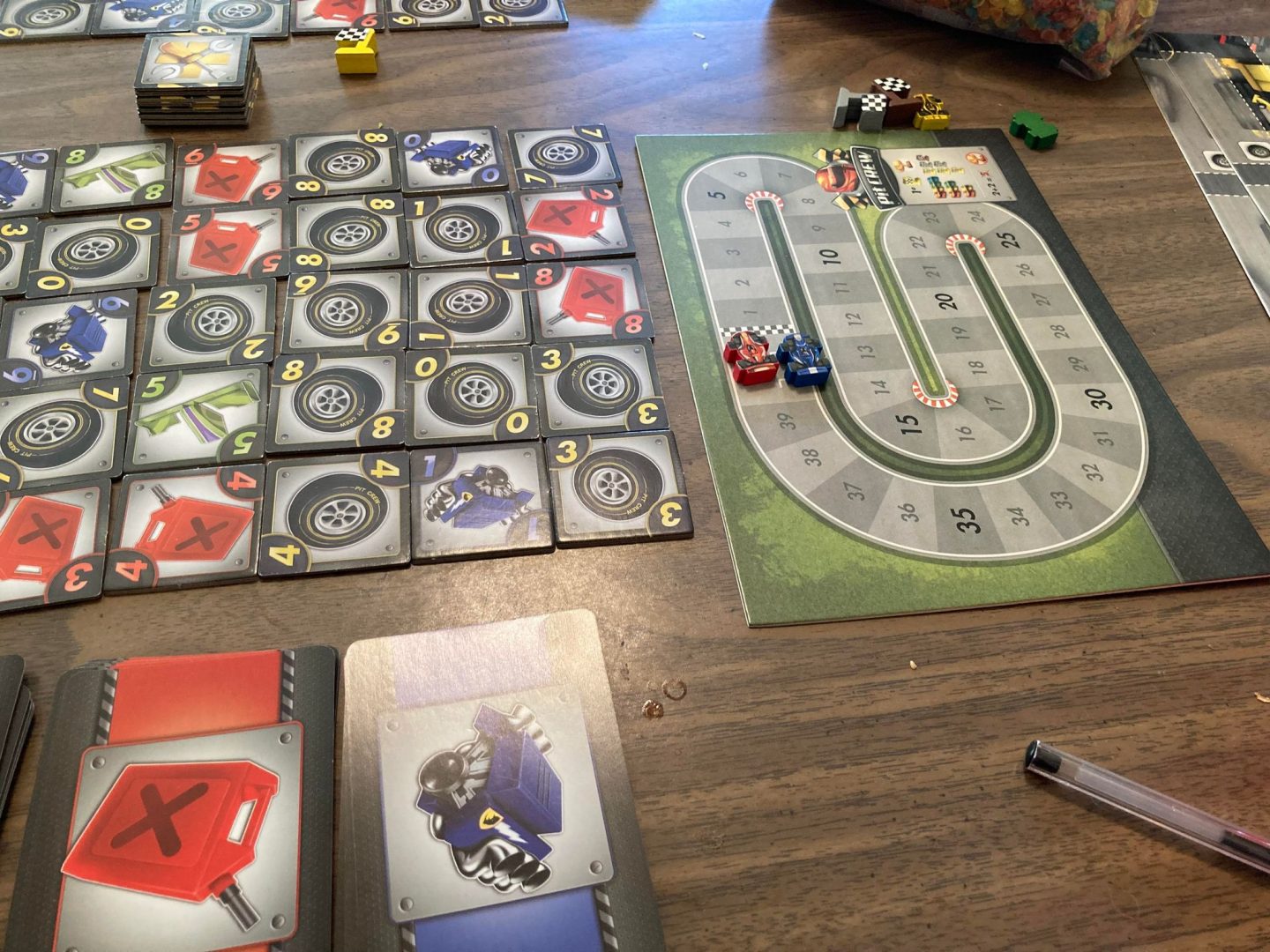 I was actually amazed by Pit Formula.  I did not look too deep into the game before agreeing to review it since it was up on Kickstarter and I have felt the need to get our Company products reviewed.  However, I am generally not a fan of racing themed games and didn’t look more at it than the box.  What I got blew me away.  The copy I was sent to review was in Portuguese, which I thought might be difficult given that I cannot read it and the game has tokens and play cards.  However, I got an English PDF of the rules and all of the crash cards have easy to understand symbols that tell you who needs to make what repairs and we were able to test this 100% without needing to translate anything. 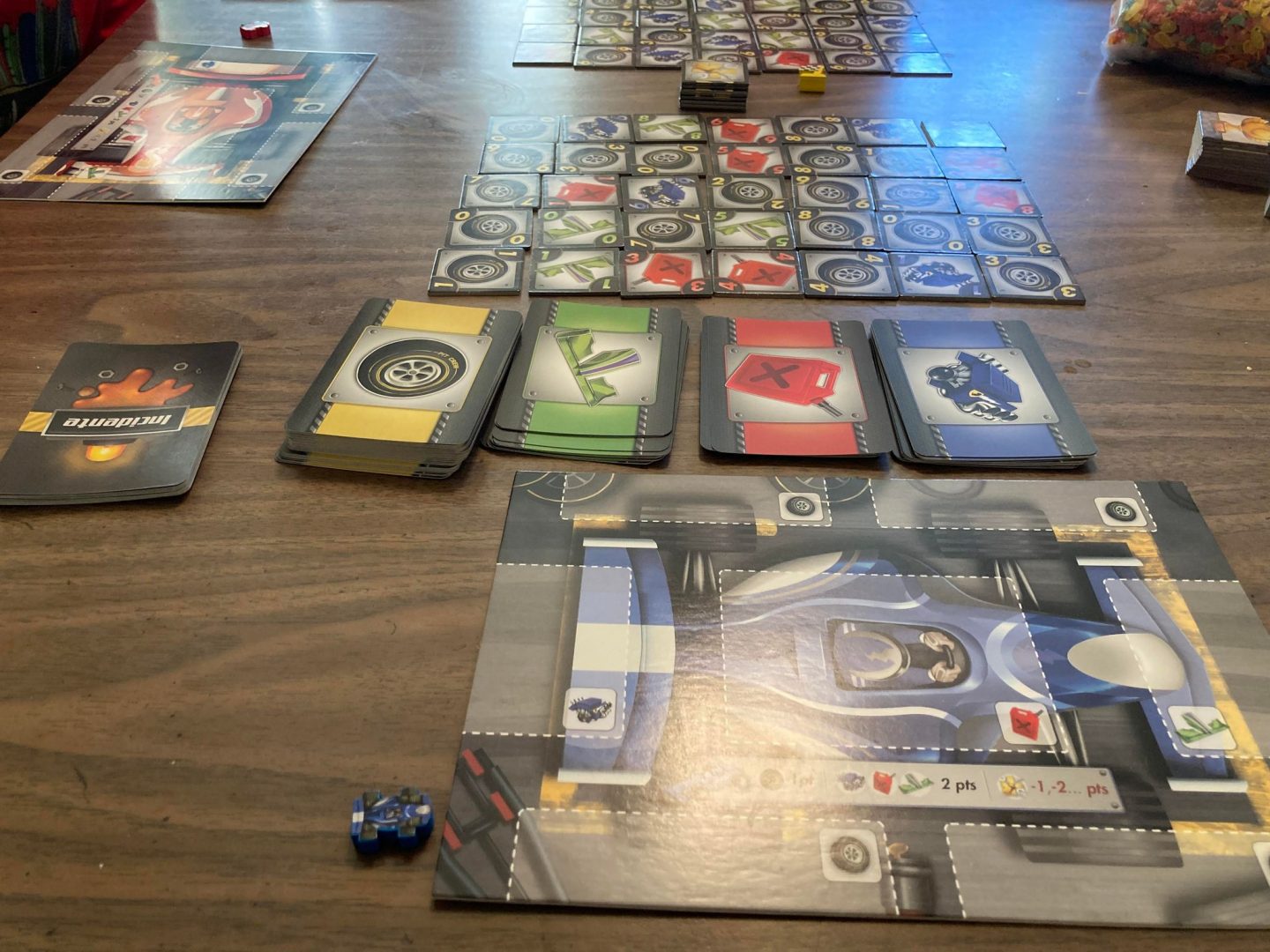 The mechanics are simple, pun not intended.  You take the spot of a pit crew for a number of race cars keeping them tuned up by quick on the fly calculations ranging through a few different simple equations.  I am good at math, but I lost every race but one because my reaction times were lower.  Normally that would not make me like a game, but the more behind I got the more I felt compelled to step up my work for a comeback.  The whole 5 round game took a half hour or less and I would gladly play it again.
This combines some of the best aspects of speed spotit type games with some of the mental gymnastics of puzzle games where you have to switch back and forth between 4 different thinking modes to repair different parts of your cars.  You may only play this a time or two each game night as a filler, but it holds its own against other games in that category like Sushi Go or liar’s dice.  I would give this an 8/10 overall since it is still a lighter game, but a 9/10 for design and a 10/10 for a great game to play as a family.  As that is the audience we cater to, we have placed a retailer bid while writing this review.  The game is funded and we look forward to seeing how far it can go! 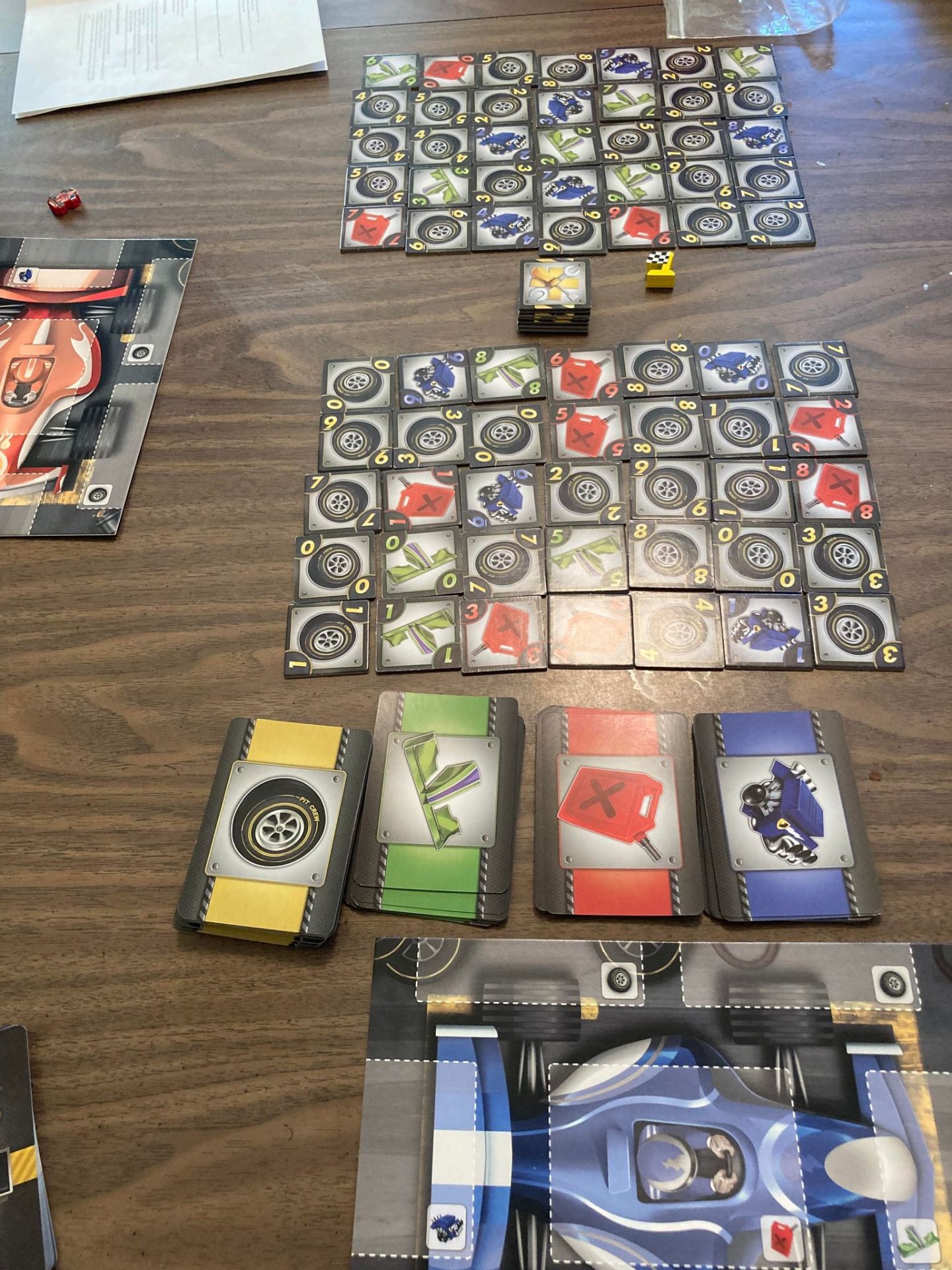 After reading The Arcanist’s Armory LLC’s review, if this sounds like a game for you at the time of this posting Pit Formula | Frenetic board game about pit stop and math!
will be live on KICKSTARTER until Fri, April 22 2022 4:56 AM PDT, and has surpassed its funding goal of $4,745. check it out and back it HERE.
Find out more at BGG.
Did you back it based on our review? Please comment below letting us know!

Check out Pit Formula and Cyber Rhino Studios on: