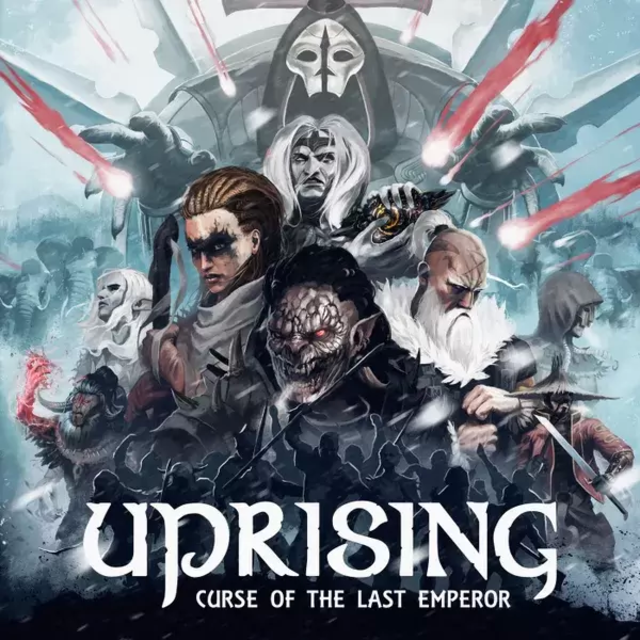 Uprising: Curse of the Last Emperor is a strategically challenging and fully cooperative board game for 1 to 4 players set in a deeply immersive post-apocalyptic dark fantasy setting. As the known world is about to end, the players take over the role of a great hero to lead their faction through these dark times.

Uprising is a 4X cooperative game played against two asymmetric enemy factions controlled by the game itself: Chaos and the Empire. Explore the wasteland, expand your dominion, exploit the resources of the liberated territories, and exterminate the Legions and Hordes around you.

Every game tells a completely different story due to a modular board, asymmetric factions and a huge variety of different events. The game ends after four chapters. If you have not collected more victory points than Chaos and the Empire, the world will truly end.

Disclaimer: I purchased my copy of Uprising Curse of the Last Emperor. The opinions expressed in the review are completely my own. 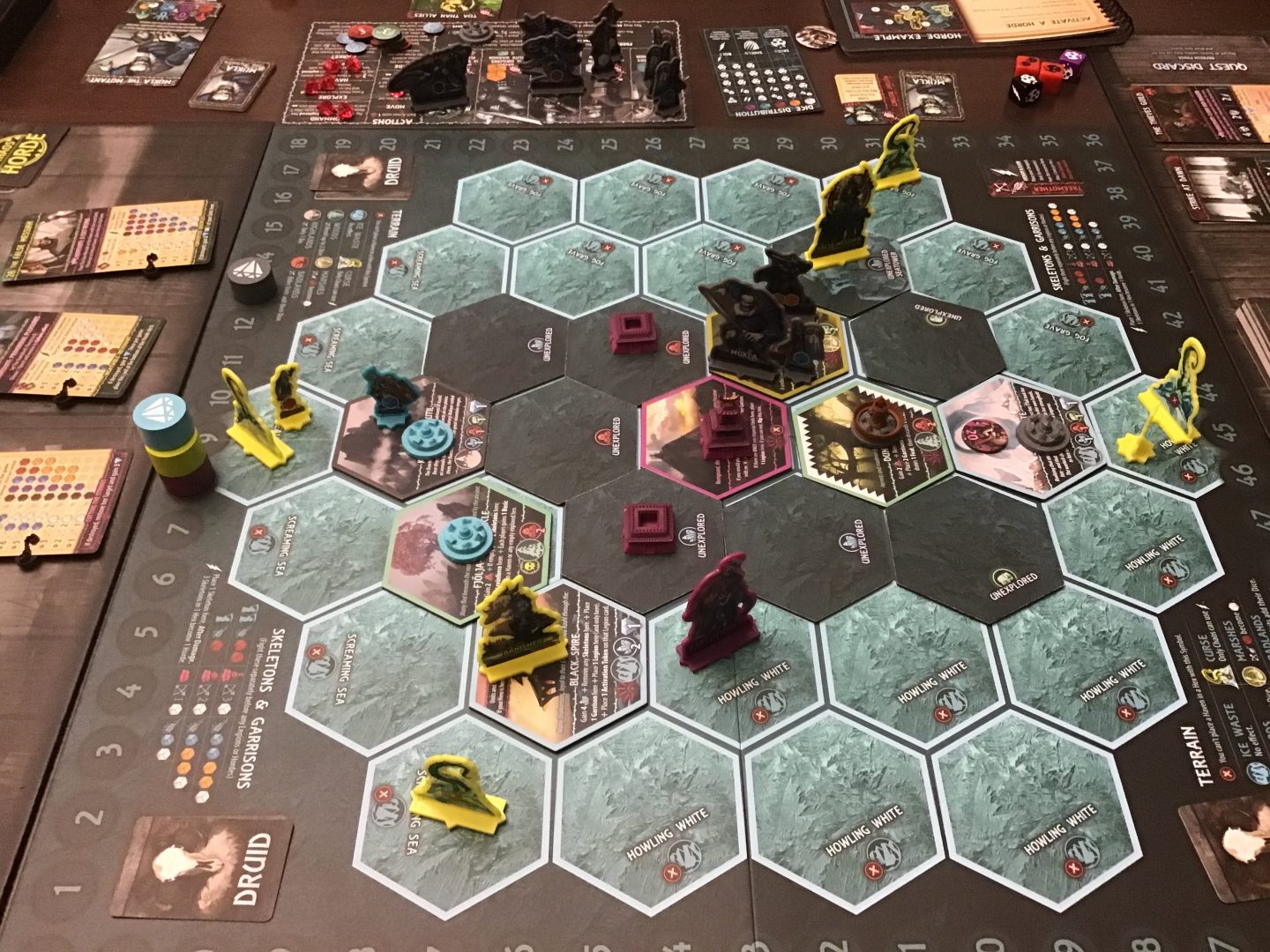 Heya all! Sorry it’s been such a long time since my last review, life has been crazy.

As life is still a bit crazy for the time being, I don’t quite have as much time to be as thorough and in-depth as I usually am for reviews, but I just wanted to talk about Uprising : Curse of the Last Emperor and its expansion content.

Bottom line is if you love 4x games, these are must buys.

Here is what is in its favor :

2) Acrylic Standees instead of minis that jack up the price 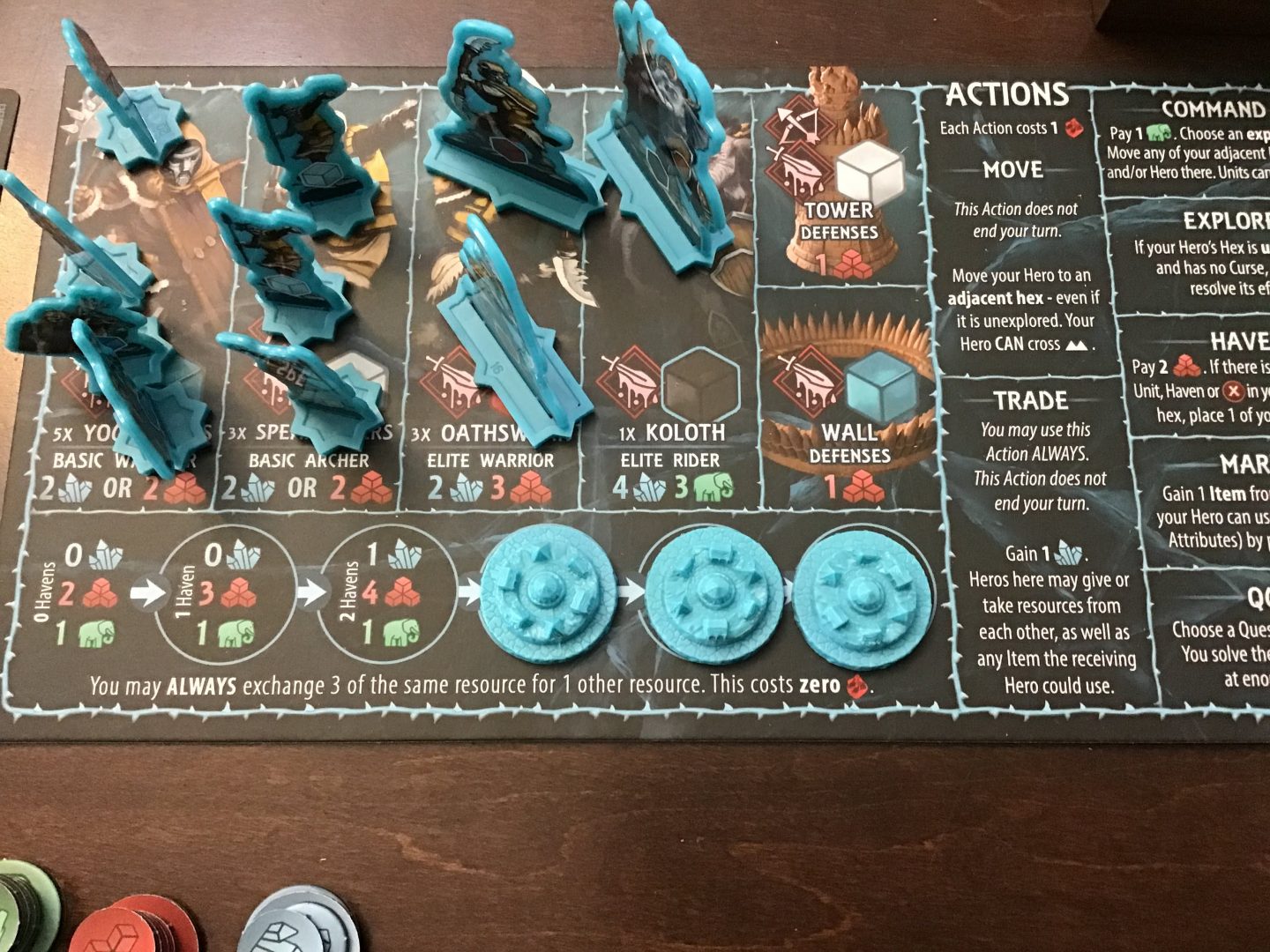 4) It’s not a space themed game for once (not that that is a bad thing, but hey, this is fresh…) 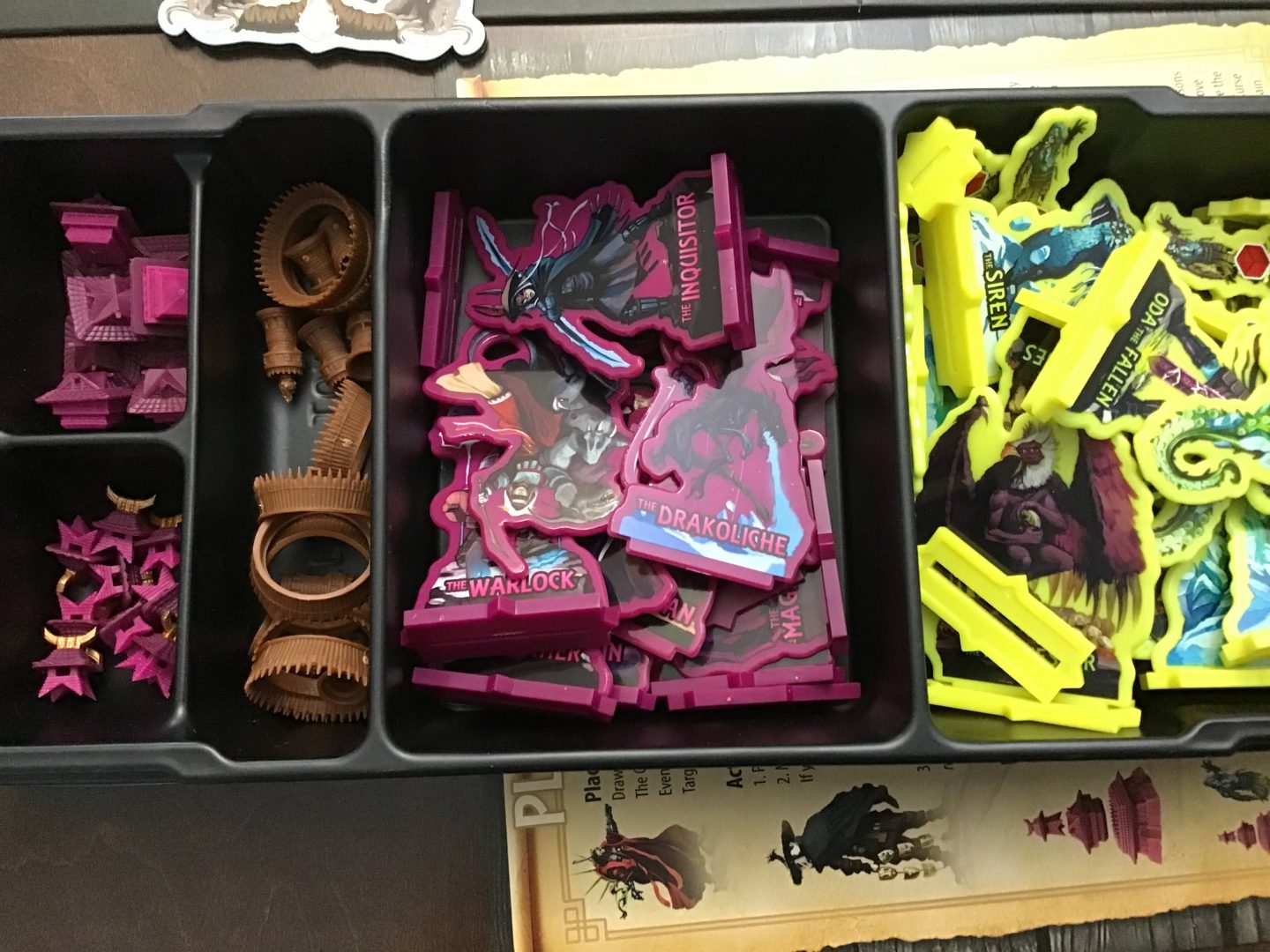 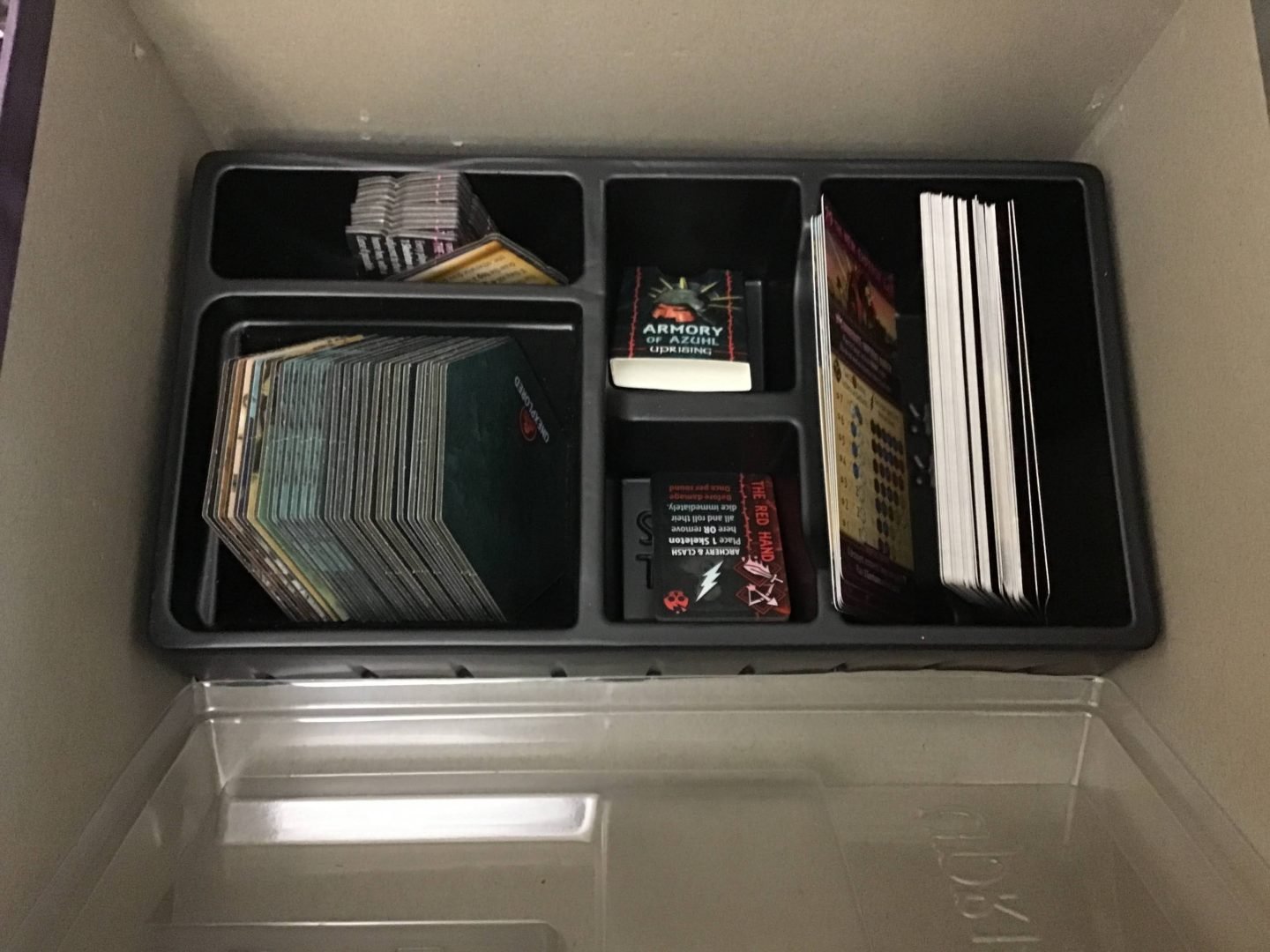 8) A great assortment of player factions to use (4 in base game, 8 with expansion) with unique abilities and heroes.

Well…I mean, not a whole lot. There are a few item cards that need clarification here and there, which requires a quick visit to the errata section of BGG, but other than that, there’s really next to nothing for me to complain about, especially for a first printing. 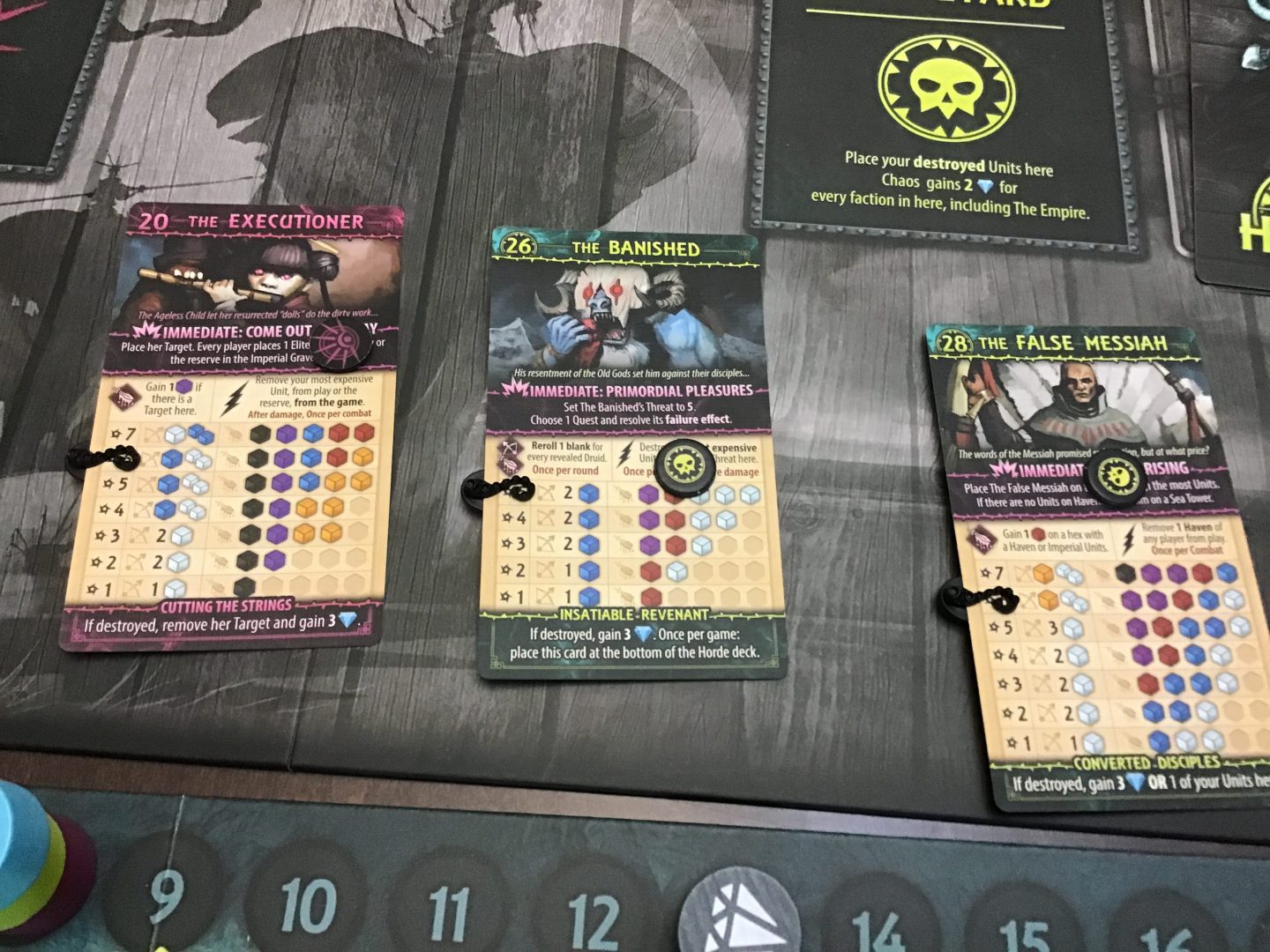 For the uninitiated, this is a game where you and other players are facing an end-of-the-world scenario where a failing Empire is trying to squelch all resistance to it as it is in its death thralls. In the meantime, a malevolent force of undead known as Chaos is trying to take advantage of the worldly turmoil to advance its own unholy claim on the land.

To win, each player must have more Victory Points than both the Empire AND Chaos, or all is lost. 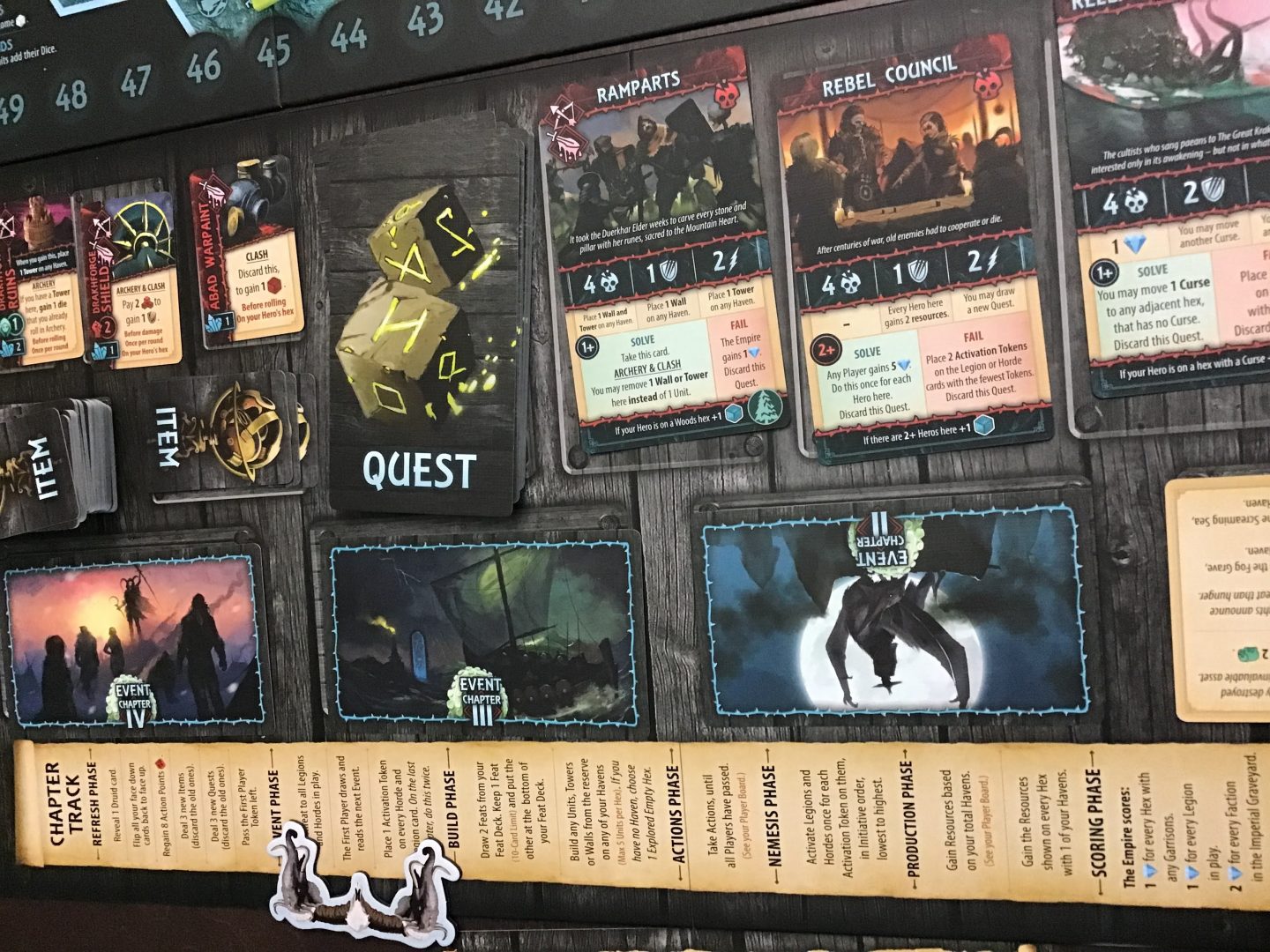 This is a game with good and rich strategy, with great deliberation required to pick your units, which tiles to explore, which feats/items to acquire, etc.

But it is especially nice in the sense that it won’t require direct confrontation with other players, which makes it much more accessible to players who do not usually like such fierce banter at opposing players at the table. The running time is pretty reasonable to, at about 2 hours per play, give or take a few minutes depending on player count. 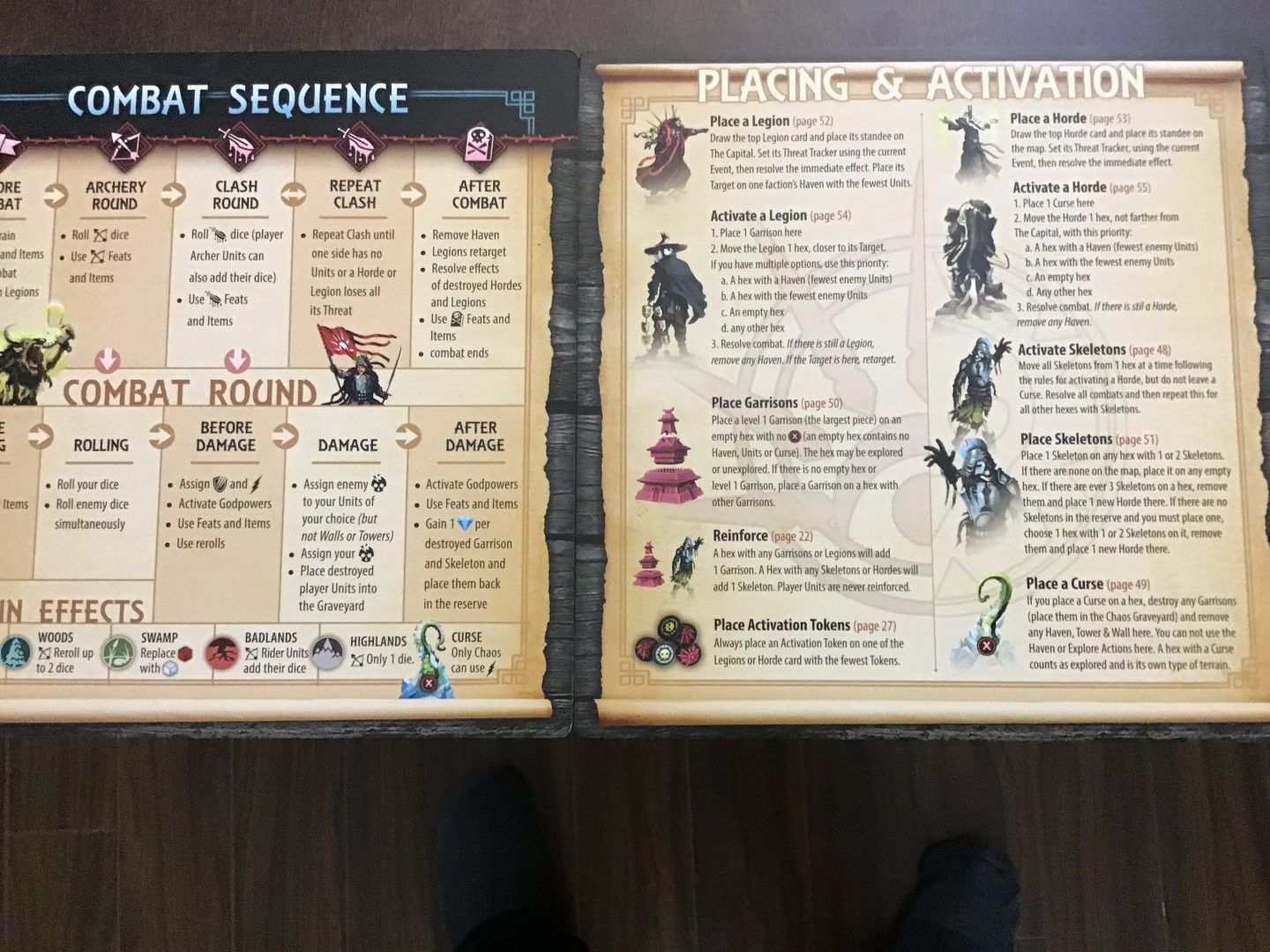 The expansion content also adds 4 epic bosses to have a final showdown with in the last of 4 chapters!

There are not going to be a whole lot of copies available for purchase once the Kickstarter finishes delivering for this one. There will only be leftovers for sale until the next printing, so if 4X’s are your thing, please don’t miss this one! 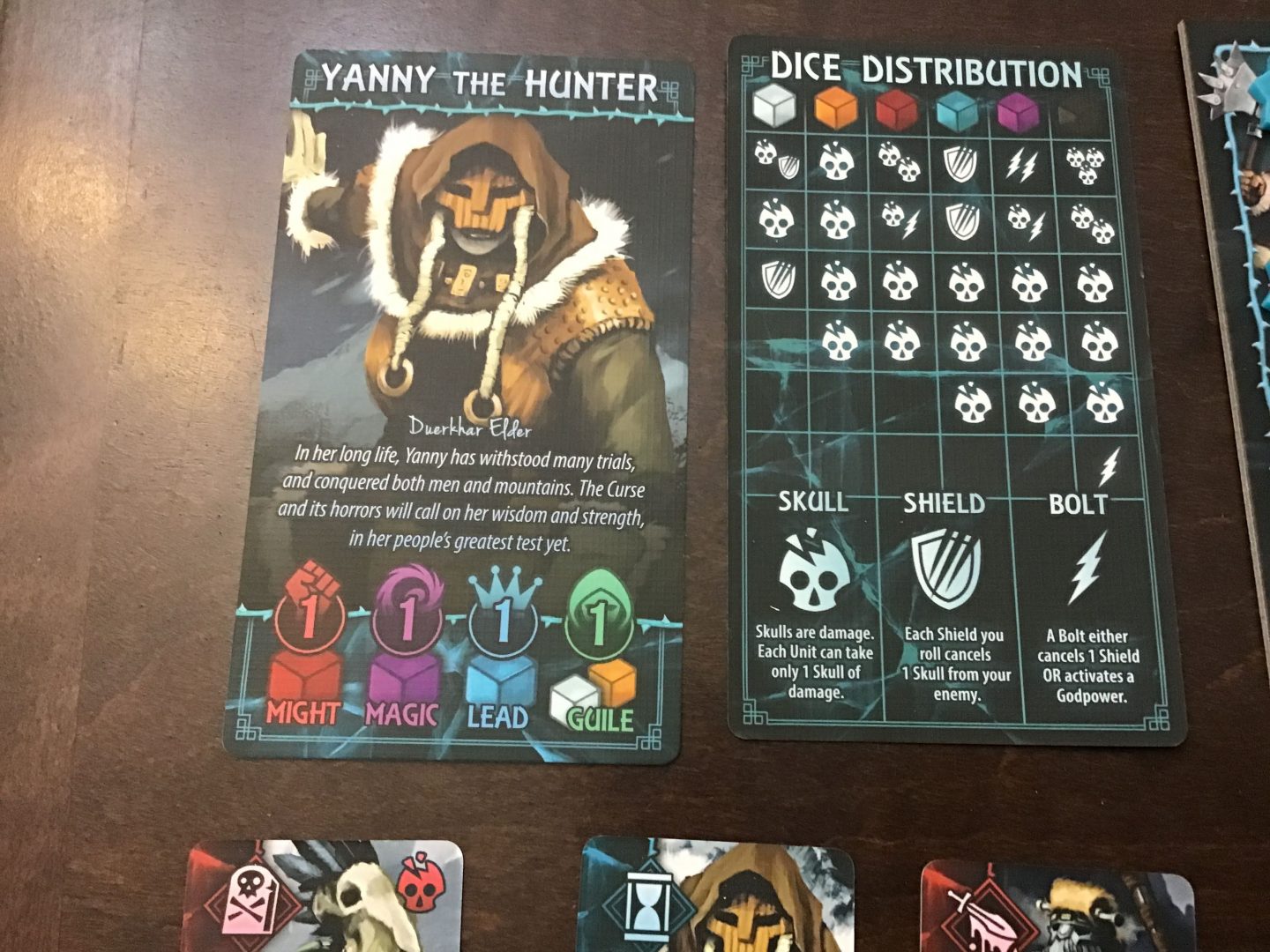 After reading Jazz’s review, if this sounds like a game for you at the time of this posting Uprising Curse of the Last Emperor isn’t available to all of us yet but it was successfully KICKSTARTED on September 10th of 2020 by 3,358
backers pledging $324,441
of their $40,000 goal
Check it out HERE.
Find out more at BGG.
Did you check it out based on our review? Please comment below letting us know!

Check out Uprising Curse of the Last Emperor and Nemesis.Games on: