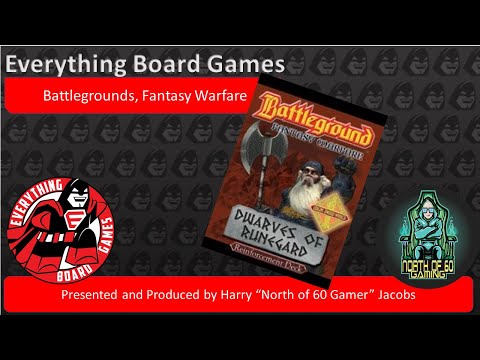 No. of Players: 2
Ages: 12+
Playing Time: 60 minutes.
Find more info on BoardGameGeek.com
From the Publisher:

Not playable on their own as you need two starter decks to play the game.

Battleground Fantasy Warfare is a point-based tabletop tactical wargame in which units are represented by cards.

The Dwarves of Runegard combine stalwart infantry with the mystic power of runes kept sacred for generations. Control the battlefield with might and magic while ballistae devastate your enemies from afar.

Check out Battlegrounds Fantasy Warfare “The Risen Kingdom” and  Your Move Games
Company on: