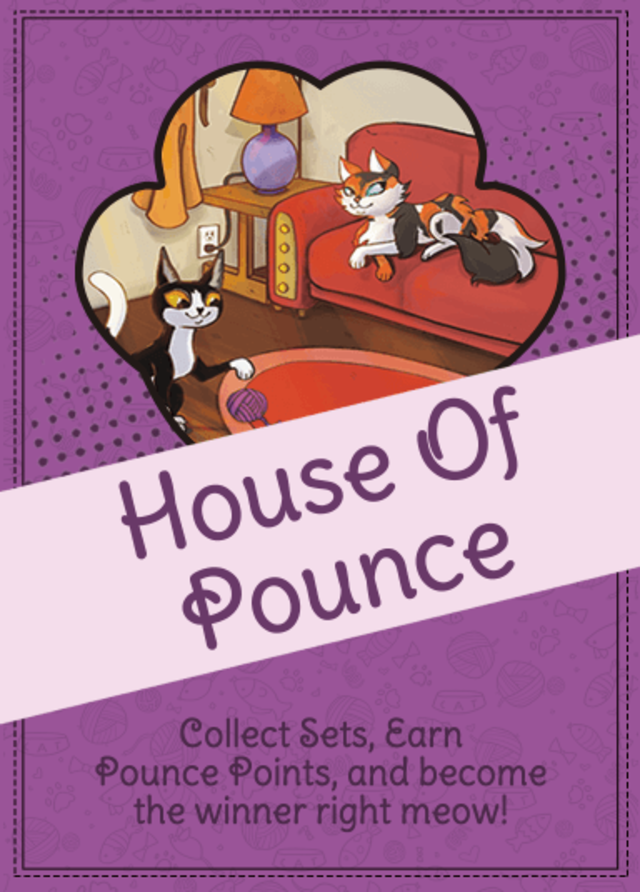 House of Pounce is a family-friendly set-collecting card game about cats competing to be the cutest, most athletic, toughest, and screwiest cat in the house. If you are the best and accomplish “cat goals”, you may win House of Pounce.

There are bonus points for collecting Cat Goal Cards and for unplayed Pounce Cards. The cat with the highest Pounce Points wins!

Disclaimer: The publisher provided the copy of House of Pounce. The opinions expressed in the review are completely my own.
Images are courtesy of those posted on House of Pounce’s BoardGameGeek Page.

For those of you that know me, or have read my other reviews, or listened to my podcast, you know that I like games that can be finished in the length of a lunch hour, and that I mainly play games with my son. So, when I saw that House of Pounce was a two-player game with a 20-30 minute playtime, I just had to give it a try. Plus, Stupid Puppy Games, the publisher, is out of Indianapolis, my old stomping ground. Also, one of the main kitties looks similar to our newest feline, Meow. It seems the stars had aligned for me to play this game! 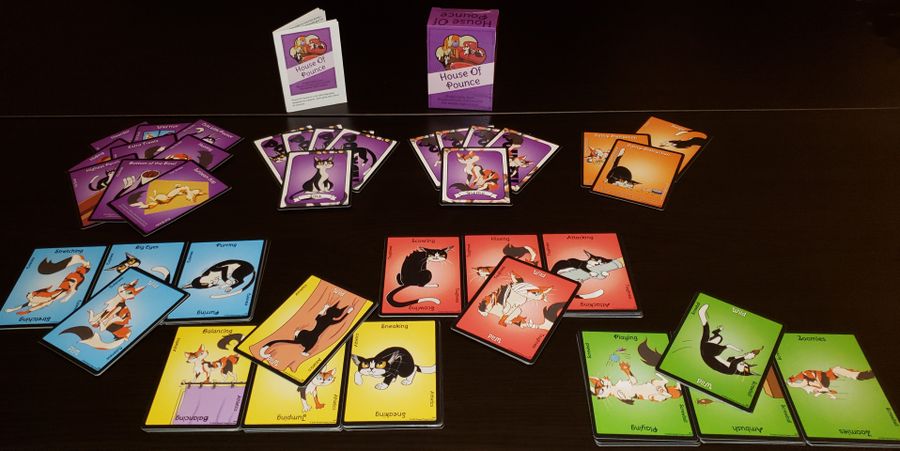 The set up for House of Pounce is pretty simple. Each player selects a cat (Bailey or Henry), takes the character card and four associated POUNCE cards matching their chosen feline, and one of the Catnip Distraction Cards. Separate out the purple goal cards, shuffle and flip three face up setting the rest next to these. Find the orange swap card, set it face up to start the pounce pile. Finally, shuffle the rest of the deck and each player draws two to bring their hand to seven cards. Youngest player goes first.

Playing as a cat works for what House of Pounce is. You aren’t really “pouncing” like in Super Kitty Bug Slap where you actually, physically slap the table. The main mechanic is just play a card, draw a card. Simple enough.

On a turn, a player discards a card from their hand to the pounce pile (that was started with the swap card during set up). If it is just a regular card, they draw one from the facedown deck and play proceeds to the other player. If it is a Pounce card, then the player picks up the entire row of cards in the pounce pile. If one of the cards in the pile was the swap card, no new card is drawn, otherwise, draw up. If the card discarded to the pile is the orange swap card, that player may take two cards from the leftover collection of the opponent. If it was the catnip distraction, the opponent cannot play the swap or a pounce card on their next turn.

So, let’s say you played a POUNCE card onto the pile. Set your hand aside and take all the cards that were in the pile. Take out any orange cards. If the swap card was in the pile, add it to your hand. If a catnip distraction card was in the pile, set it aside, it cannot be used again. Next, make sets. A set consists of three cards of the same color. They must be either all three the same action (like three “Zoomies” cards), or three different actions (like Zoomies, Ambush, and Playing). You can make as many sets as you would like or can. Wilds can be used as anything within their color to complete a set. For each set you can make, you score 3 points. You get a bonus point, however, it you can get all three cards to be the same cat.

You also need to check the goal cards for any “in game” goals that you might have just made. If you completed one, say the “13 cards in the pounce pile,” take this card for 2 points at the end of the game. The game ends when there are no cards left to draw.

The artwork by Emma Overmeyer fits the family friendly theme stupendously. I have had cats my whole life, and she has captured the curiosity, silliness, and cuteness of them in each card.

The only components are the cards, box, and the small rulebook. I mean small in size and font. All the cards are nice quality, but I would have liked to see the rules blown up a bit, maybe just to the same size as the cards. The rules are a little tiny on the font. The box should hold up to some plays. But, it is tears sooner, there are always card holders, that I am sure more of you have than don’t. 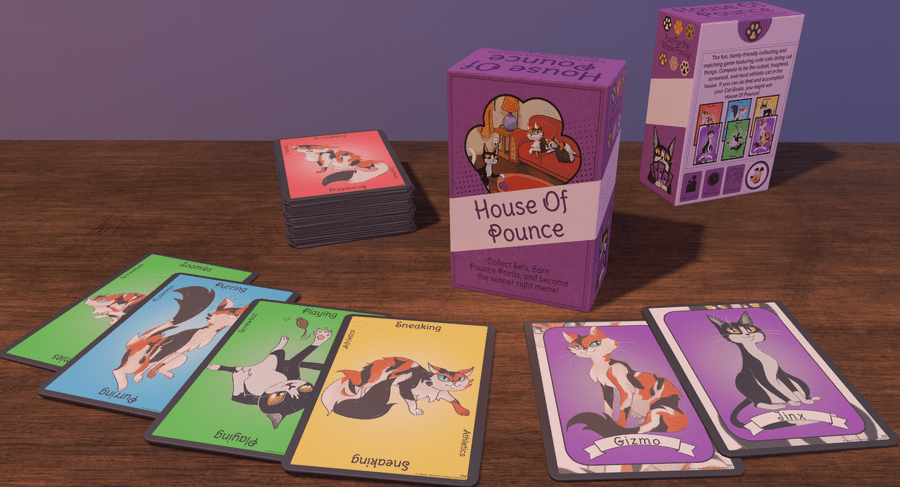 What I really loved about House of Pounce is the “chicken” aspect of it. How many cards am I willing to let sit out there before I pounce? How many cards is my opponent willing to let sit out there? This tension makes for a very fun and entertaining, if not a bit nerve-racking game. Holding out and hoping your opponent doesn’t take the Pounce Pile before you can and vice-versa. Fun!

First off, House of Pounce is marketed as “Fun Fur the Whole Family.” This seems odd given its 2-player only and 13+ age restrictions. That is a very specific family! But all kidding aside, I felt this game should lower the age level to at least 10, I understand that getting the game tested for younger ages can be pricey. and adding 2 more players could increase the fun factor, and the “chicken” aspect I mentioned above. You can do this by adding a second deck according to the rules, but I don’t think you will need, or want, that many cards in the game. That would be a very long game. Just add 2 new kittens, a Siamese and Sphynx perhaps…

If all three of your Goal cards come up as End Game, then no more will come out. This can make the game feel more stagnant. Perhaps setting the End Game cards out for all to see, or randomly draw two, then allowing the In Game Goals to rotate as well, could keep the game fresh.

After reading Adam’s review, if this sounds like a game for you Pick up your copy of House of Pounce HERE.

Check out House of Pounce and Stupid Puppy Games on: 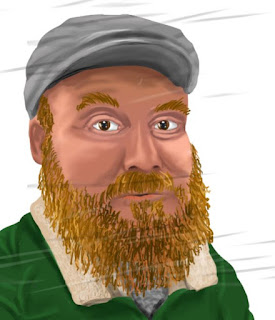