Quick Look: The Runelords Board Game

Based in the world of the bestselling fantasy series, The Runelords by David Farland.
Publisher: Red Djinn Productions
Year Published: 2021/2022

The Runelords Board Game is a hybrid tabletop gaming experience for one to four players based in the world of the best-selling fantasy series by legendary author, David Farland.

Players first choose from four dynamic runelords, each with their own reinforcement cards that have a physical presence on the battlefield (standees) and support cards with additional spells and abilities that are drawn and played from a hand during battle.

Reinforcements are sent into hex-based combat where players will enjoy simple but robust tactical engagement with win conditions based on the game mode chosen from the Battle Compendium before play.

What makes this game so unique is Sovereignty! Sovereignty is a stage of play where players take the pre-built armies of their selected runelords and mash them into a deckbuilding, resource management engine. Then, after several rounds of play, players will take the armies they’ve built onto the battlefield for a unique, more strategic gaming experience! 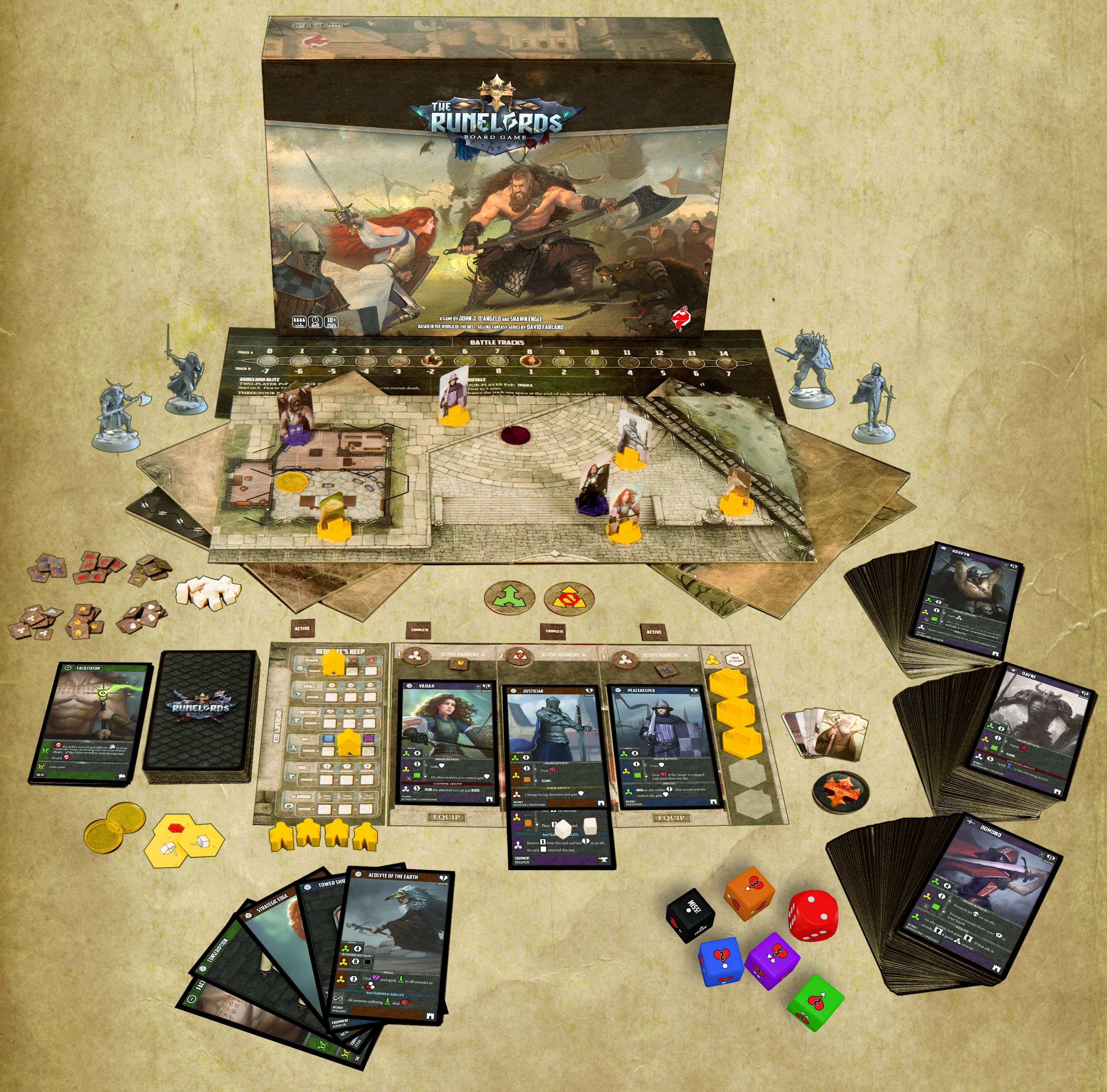 Let’s cut to the chase: You’re here to see if I think “The Runelords” board game is a good game, worth backing, and deserving of being added to your already inordinate amount of board games. Right?

The answer to all questions is: Yes. And I’ll tell you why…

As a long-time gamer and board gaming aficionado, I have backed a number of projects that looked good in presentation, but which sometimes fell far short of expectations. The Kickstarter Hype Train is a hard thing to resist jumping on. And many times, at the end of the line, you find yourself in Dudsville wondering why you ever bought a ticket there to begin with.

Without hyperbole, “The Runelords” is a very good card and board game; worth the ticket to ride (wink).

This is coming from someone who doesn’t typically enjoy RPG-style Skirmish games. Were I to own this game, it would definitely hit the table many times per month. The replayability comes both from the numerous modes of play (ranging from 2v2 PvP to Cooperative to Adventure and Solo modes), and from the simple but interesting mechanics incorporated into the game design.

Allow me to cover the main points.

“The Runelords” is a very visually appealing board game.

The graphic layouts on the playing cards are both attractive and elegant. While at first glance, there seems to be a lot of information on the cards, every square inch of the layouts are well-thought out and functional. As a result, minimal instruction is needed to understand their functionality and purpose, and the information is ultimately not overwhelming at all.

The Player Boards are also extremely well done. In addition to being where Hero Cards are placed, along with any attached items, weapons, and armor cards, the player boards are used to track Action Points, and any increases in bonuses gained that improve base attributes such as Movement, Attack Range, and Card Hand Size.

The art is a digitally-painted art style in line with the quality of art found on other professional-level products. This art is on both the playing cards and on their corresponding hero standees which are used to track the position and orientation of characters on the game maps.

The Game Maps themselves differ from mode to mode. In each case, the maps are well illustrated and designed to allow for various tactics during combat.

The game employs custom dice whose faces display symbols that indicate whether attack results are simple, medium, and/or critical hits. These outcome symbols match the same symbols displayed on hero cards, which specify the attack outcomes.

Finally, the game utilizes simple, double-sided counters as markers placed on character cards to indicate conditions such as burned, crippled, and poisoned.

The game also uses miniatures of creatures and monsters. I did not use the miniatures in gameplay, so I will not address them in this review.

It is apparent from gameplay that years of design and testing have gone into the development of this product. Consequently, there is no fiddliness to gameplay.

Depending on which mode you choose to play, Game SetUp is fairly quick and easy. That alone appeals to me as a busy person.

You can choose to draft your heroes (in a deck-building mode), or play with pre-built decks. Future expansions will include new heroes with abilities that will synergize with previous characters. Thus, the game allows for interesting deck-building.

The game design provides interesting player agency through thematic action options that allows for engaging strategy. Even non-skirmish players can quickly grasp the objectives and how to achieve them.

Solid black lines along hex edges not only affect movement, but also visibility. If behind a solid black line, a character is not visible to others. At the same time, that character cannot move through a black-lined hex edge.

I would boil down the gameplay as a combination of thematic combat strategy with puzzle-style problem solving. Add to this elements of RPG character building and adventuring, and you have “The Runelords.”

“The Runelords” will be a welcome addition to even an already expansive collection. Whether you are a solo player or playing against one or more players in a PvP scenario, this game will provide you with hours of fun, banter, and strategy. And, that is what we all really want from the games we back on Kickstarter, right?

Having said all of this, I gladly recommend, without reservation, that you support Red Djinn Productions by backing it today.

And get the books the board game was based on Amazon–> 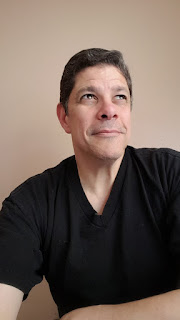