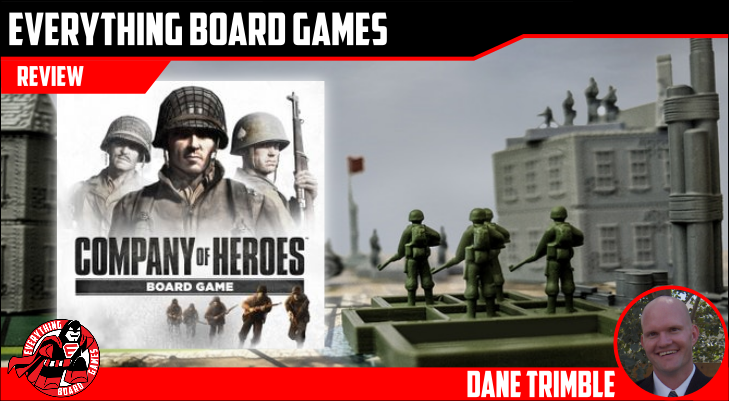 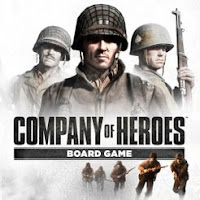 
WARNING: This is a preview of Company of Heroes. All components and rules are prototype and subject to change.

I was asked by the guys over at Bad Crow Games if I could do a quick review of their upcoming game – Company of Heroes. Although I typically like to go into more detail about set up, game play and my overall thoughts, today I am just going to do a rough overview with a short video demonstrating a basic round of the game. 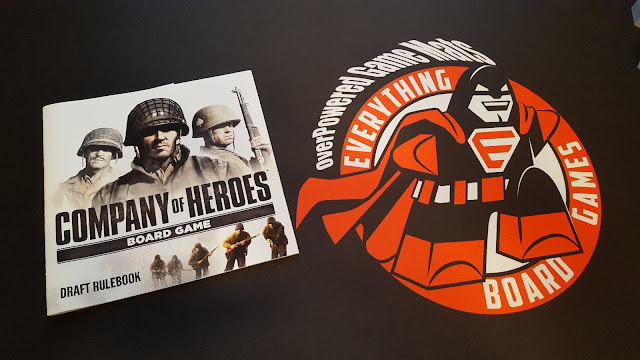 In Company of Heroes you are trying to outwit your opponent by capturing strategic areas around the board, collecting valuable resources and being the first to score 12 victory points.

To score victory points you must capture victory control locations around the board. To do this you must have troops on those spaces at the end of the round, this is called capping. Once capped you will earn a victory point each round you have it capped or until your opponent un-caps it.

I have heard from the publisher there will be ways to earn victory points through secret objectives as well.

The game is played of several rounds which are straight forward. First each player has nine command points to spend on maneuvering their troops around the board. Each troop has a maximum of three command points which can be assigned to them. The command points are used to move the units and prepare them for combat. 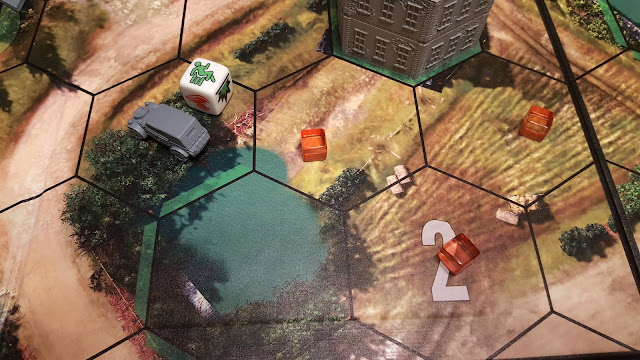 Once maneuvering has been completed players will resolve combat. Combat is automatic, however there are situations where players will roll dice for offense and defense based on upgrades and geographical factors. 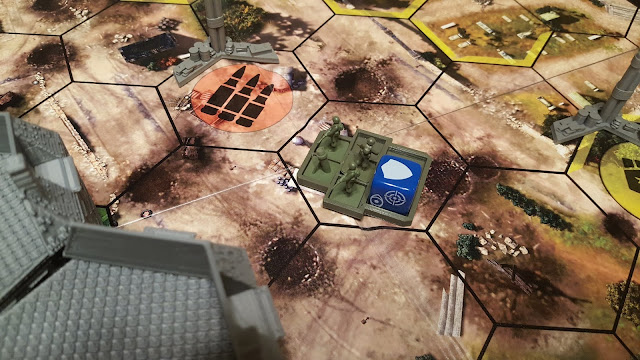 When combat has been resolved players will collect income and spend resources to upgrade units, buy new units or build structures that unlock new units and abilities.

In the last phase of the round players will increase their income based on the areas they have capped which can include manpower, ammunition, fuel, and of course victory points.

There are two different ways to play the game, real time strategy (during the maneuvering phase only) or turn base and there are many modes including a victory point race or all out annihilation of your enemy.

Check out the video below to see a round in action.

Company of Heroes (COH) is the follow up title to Bad Crow Games’ latest hit – Mech Command RTS (see my video breakdown HERE). COH is a great adaptation of the popular RTS computer game, Company of Heroes, from Relic Entertainment and Sega. Although I have not played the computer version, I have played many other RTS games and feel this is a great way to implement one.

As you saw in the game play video Company of Heroes is a great combination of strategy, resource management, and area control with some solid Ameritrash kick butt feel to it! Side Note: Can someone come up with a new name for this style of game? Please?

The lack of dice roll combat resolution makes the game much more tactical and strategic then most games of this genre. Also, with the area control and resource management there is a strong Euro game feel to it.

Artwork and Components:
The artwork is great. I assume most of it was taken straight from the video game which will be an added plus for all the video game lovers out there. The minis are and will be spectacular as they are super detailed despite their small size. The publisher mentioned that when he is playing the game he finds himself playing around with the minis like he is a kid again. I agree whole heartedly. 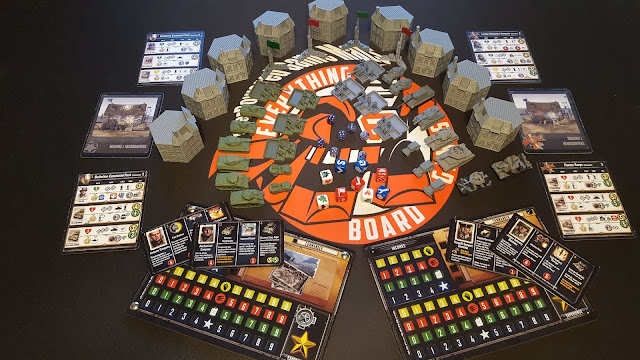 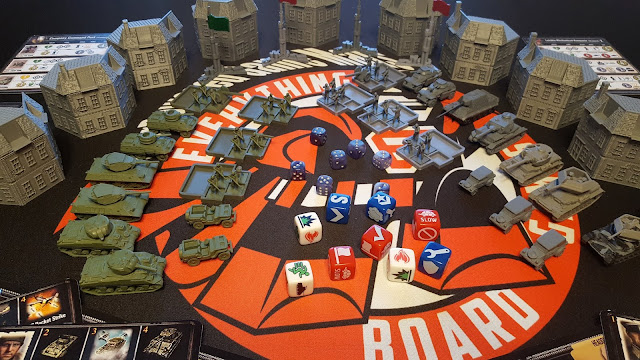 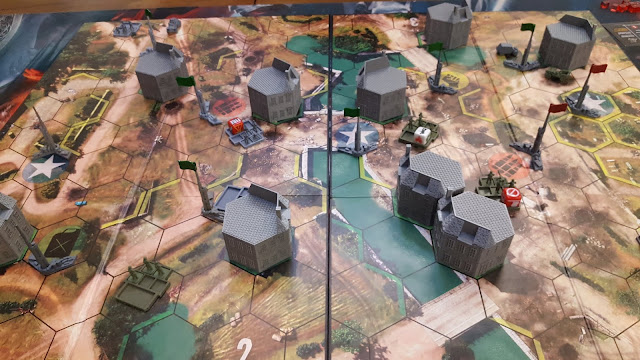 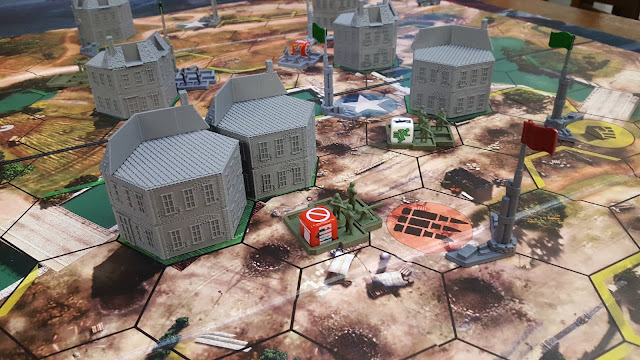 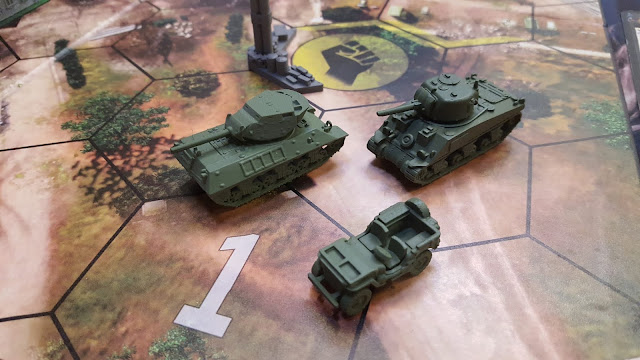 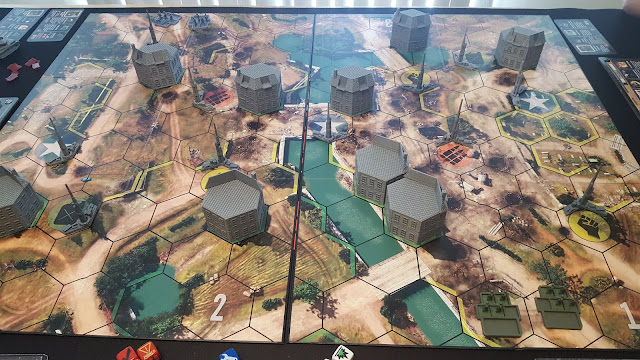 The Good:
What isn’t to love here. The theme is solid and the game play matches the feel of it. The basic structure of the game is easy to learn but with all the units and variability in choosing commanders and upgrades there is a lot to master here. The eye candy is through the roof and the lack of luck-based combat resolution makes the game feel meaty. 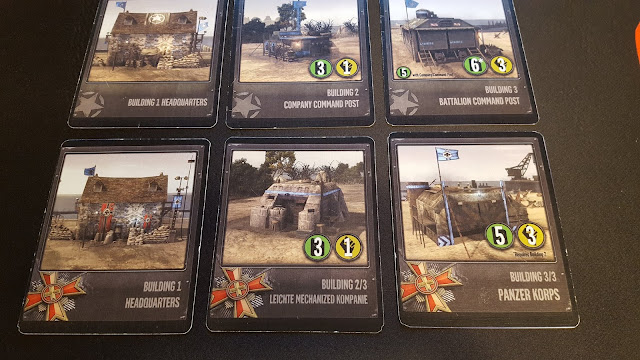 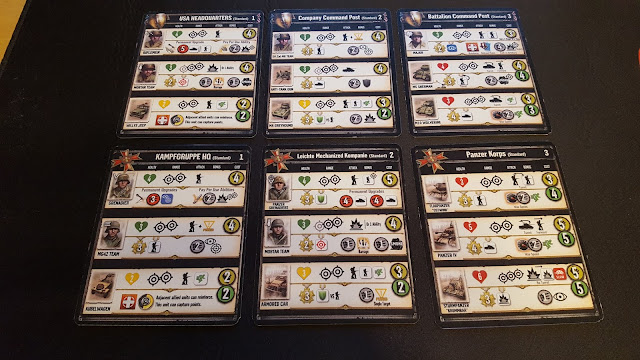 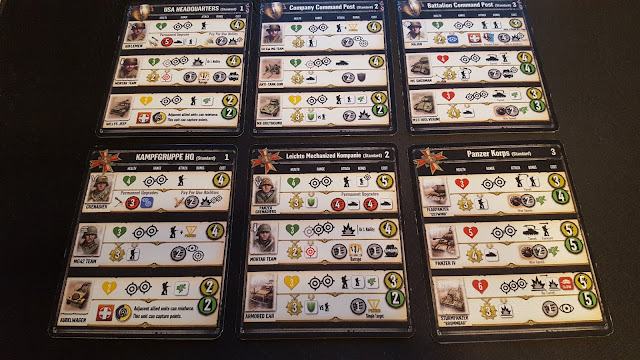 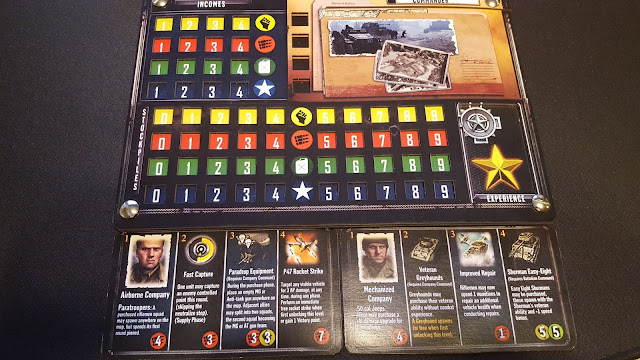 The Less then Good:
There really isn’t much bad here. Most of my complaints (rule book being a little incomplete at this stage and lack of a good iconography index) will probably be ironed out during the Kickstarter campaign and through the production process.

Final Thoughts:
This is an excellent game with a a lot of variability. It plays under 90 minutes which means there is a greater possibility of it hitting the table. And the learning curve on the game is small. All major pluses in my book.

This is a must buy for any World War II game lovers, any Company of Heroes video game players, and general war game enthusiast.

The Elephant in the Room:
I have been asked by the publisher to compare Company of Heroes to Memoir ’44, as that has been asked several times throughout the campaign.

There are a few similarities like the fact they are both World War II themed. They both employ a victory point winning condition. And the minis look similar.

What makes them different is the fact the Memoir ’44 uses cards to drive it’s troop maneuvering and dice to resolve combat where Company of Heroes uses command points to move and automatic combat resolution.

I am a huge fan of Memoir ’44 and am now a huge fan of Company of Heroes. The are both excellent games and play different enough to warrant having both of them in my collection.

Check out Company of Heroes on: 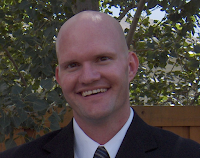