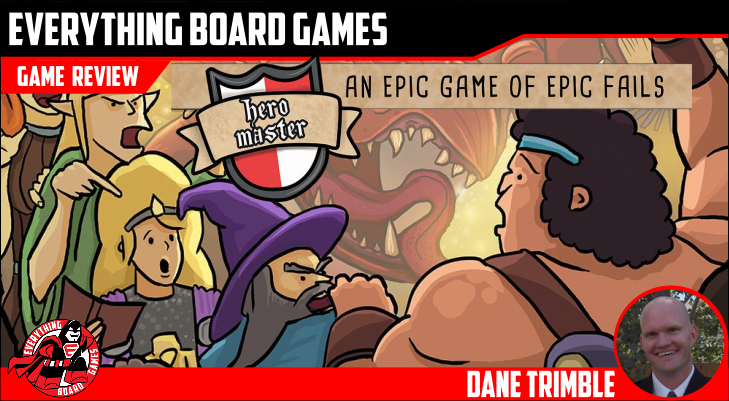 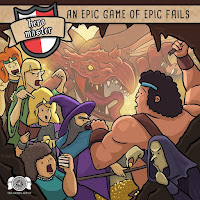 
WARNING: This is a preview of Hero Master: An Epic Game of Epic Fails. All components and rules are prototype and subject to change.

Corrections from the publisher:

10:12– The Maul effect on the bear only does one additional wound per rerolled hit. Also occurs at 26:05 when wounding the Barbarian.

14:29– The Bear is a “Brute” creature so the Brave attack would be EVEN better against it and would have actually killed it if you’d applied the dagger to it later at 22:22.

24:30 The Party Leader doesn’t move if the leader misses, but the Barbarian would still end up with it here as it killed the bear, so would take the token.

26:30 Weapons and Armour treasure can be placed on your player board (not put into your hand, just action cards go in there)

28:13 If there are monsters left at a location that nobody wants to encounter, the Party Leader token is passed round (as each leader declines to attack it) until it returns to the original party leader (offering everyone a choice of initiating the encounter with the monster. It might be beneficial to you to take it so you keep it for the next location and just play an attack on the monster for the respect of your party haha). If everyone declines the encounter though, you leave but the monster in the right most top slot, rolls a single attack against all heroes.

28:30 The Ambusher trait on a card just means they move to the Ambusher slot if it’s empty.

Check out Hero Master: An Epic Game of Epic Fails on: