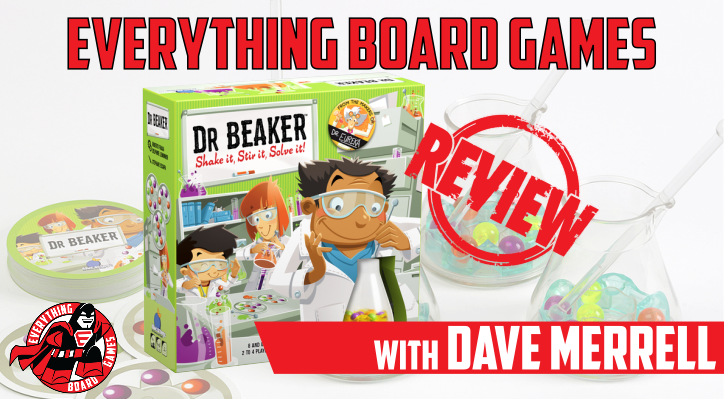 Dr. Beaker is a 2-4 player dexterity game where players try to quickly match the six molecules (marbles) inside their beaker to the pattern on a card. The struggle is that you have to do it with a stirring rod through the small neck of the beaker.

The beaker has eight spots for the molecules, six on a rotating outer tray and two in the middle. Between the tray and middle is a wall, which is difficult (and against the rules) to jump over. There is an opening in the wall that allows a marble to pass from the middle to the outside tray. The molecules are three different colors (two of each). 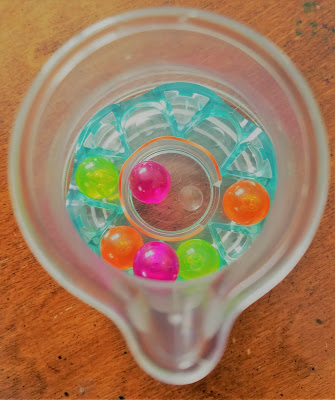 Players draw a card off the top of the deck and race to make the molecules in their beaker match the molecules on the card. When they complete the challenge, the player yells, “Eureka!” 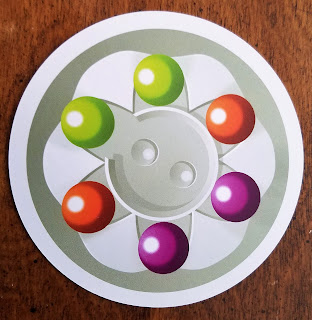 Play continues until all players have completed the challenge and then, depending on the number of players, each player gets cards as points. In a four-player game, the first-place player gets three cards, second place gets two, third place gets one, and last gets none. Play continues with another round until a player has ten points, winning the game. 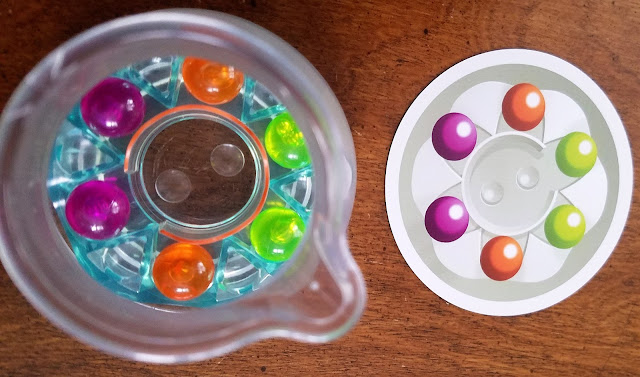 There are several variations listed in the rules, and we were able to add several of our own.

Overall, Dr. Beaker is a great, light dexterity game. My ten-year-old read the rules and had us playing our first game in less than ten minutes. My five-year-old has become a pro already, even though the recommended ages are 8+; he often even plays the game solo. The game is fast paced and can be played as a quick filler, or it can be made longer to accommodate whatever time frame you’re looking to fill. 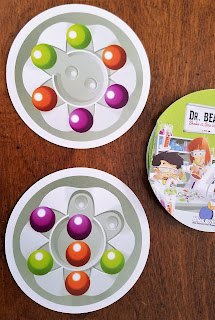 The components of the game are excellent. I would have said that they were good when I pulled them out of the box, but the mere fact that nothing has been broken through the punishment my five kids give this game means that they really are almost bomb proof. The packaging is also nice for storage in the box. 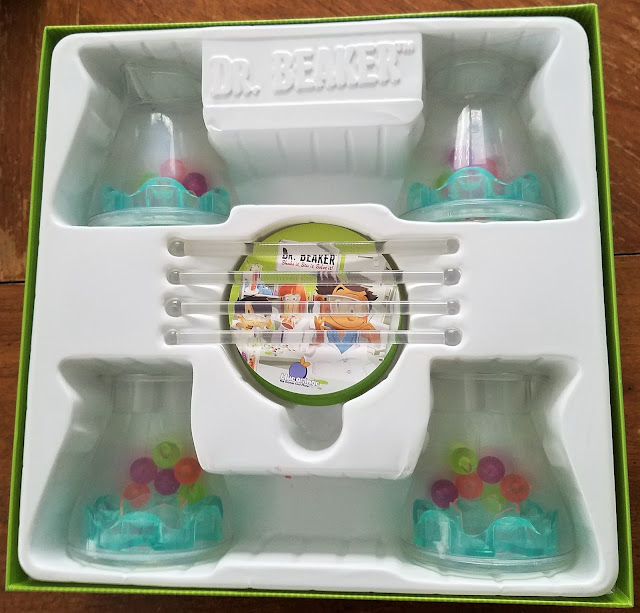 The Good: I love that my family always wants to play this game. It’s a huge plus that it’s good enough for my fourteen-year-old to stay engaged while my five-year-old plays along (not that they aren’t competitive; it is a dexterity game, after all). The game is quick, easy, and entertaining.

The Bad: Although there are several variations on the game and some do make the game a little deeper, there isn’t a ton of depth to this game. I can’t see a group of gamers sitting around and playing this more than once.

Final Thoughts: As a person who enjoys gaming with my kids, this has been a winner at my house. If you like Jenga and your kids like Operation, then this is a must for your household. 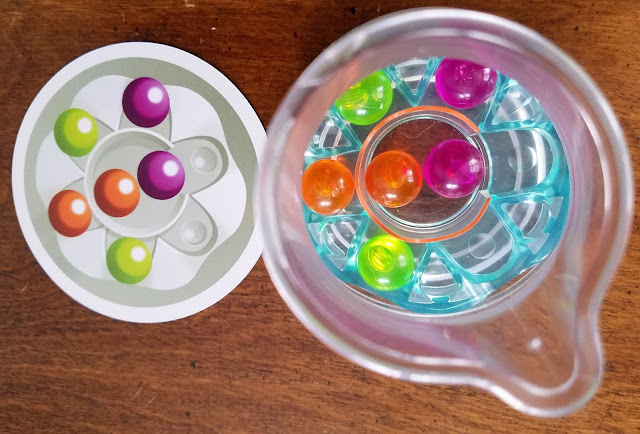 Check out Dr. Beaker on: