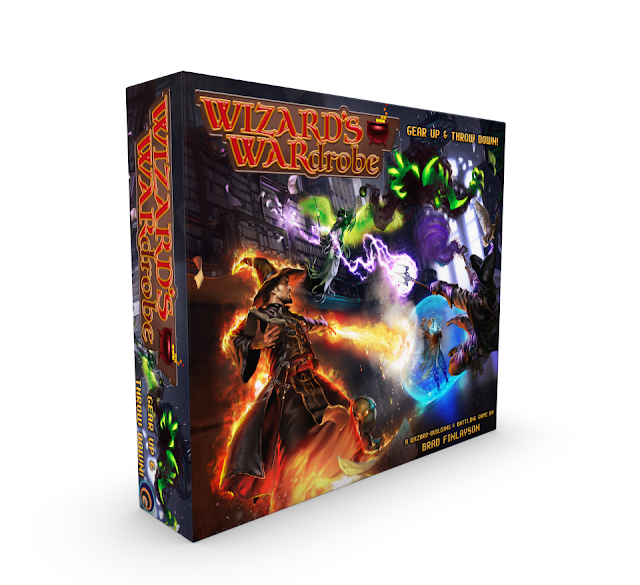 Congratulations Lee H & Nicholas Ngoi winners of the Wizard’s WARdrobe Giveaway! A huge thank you to Game Point for bringing us this great giveaway!

If you were not one of the lucky winners and would still like to get your copy of Wizard’s WARdrobe the Kickstarter campaign runs through April 8, 2017. Click HERE. 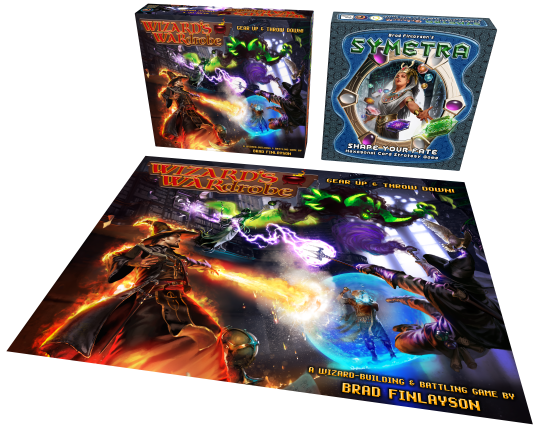 About Wizard’s WARdrobe:
In Wizard’s WARdrobe, you take the role of an apprentice wizard who has busted in to the Grand Wizard’s magical WARdrobe to battle other wizards for epic loot. Each player starts with 99 Hit Points, two learned spells in hand, and a wizard inventory playmat with 8 color & number-coded body locations for items (2 feet, 2 body, 2 hands, 1 head & as many accessories [trinkets or familiars] as you want). During your turn you allocate 3 actions to cast spells, use items, and grab items from the 8 face-up WARdrobe piles. The more powerful the effect, the more actions it costs, so keep an eye out for boots and familiars that can give you extra actions.

Gear Up!
The more items you are wearing, the harder you are to hit. The innovative hit roll system supports the theme nicely: When a wizard deals damage to other wizards, they roll an 8-sided hit die and refer to the hit location on each affected players’ playmat. If the wizard has an item in that location, it is moved to the junk pile and no damage is dealt. If the wizard does not have an item in that location, then the damage is rolled and dealt to the wizard’s HP.

Throw Down!
There is a vast repertoire of offensive and defensive effects in the base game (over 200 cards), with more to come in the preset expansion boosters. Once your wizard is suited up with synergetic buffs, you are ready to use your spells and items to attack your opponents and defend yourself. The last wizard standing wins!

Wizard’s WARdrobe is quick to set up and very easy to learn: the game pieces laid out almost teach the game itself. It is fast-paced (you can start slinging right off the bat) yet still highly strategic (with dozens of spells and 8 WARdrobe piles to choose equipment from, there are many lines of play). So far, in the hundreds of private and public playtests at conventions and stores, almost every game has been unique and exciting. The few games that weren’t we used to refine the game to its current 5th version, which is running super smooth, fun, and balanced. 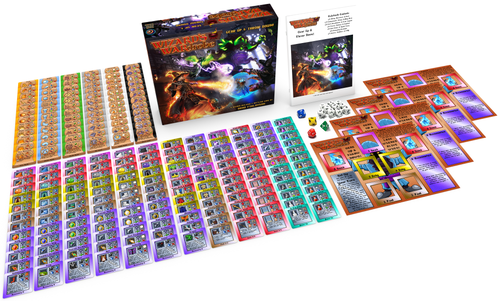 Find out more about Wizard’s WARdrobe on Kickstarter.com, EverythingBoardGames.com and BoardGameGeek.com.

Thank you Game Point for bringing this awesome giveaway to EverythingBoardGames!


This contest ends March 16, 2017 at 11:59 PM MST and is open Worldwide. Void where prohibited or restricted by law. You may not win this contest if you have won a giveaway through EverythingBoardGames.com in the last 30 days.


Winner(s) will be selected March 17, 2017 via a random drawing from among all eligible entries and will be announced on this page and contacted by email. The winner(s) must contact EverythingBoardGames.com within 48 hours of notification. Any winner notification not responded to or returned as undeliverable will result in forfeiture at which point a new winner will be selected.