Congratulations Justin Emlay, Hollie Caudell, and Bekah Shipley winners of the Tiny Epic Quest Giveaway! A huge thank you to Gamelyn Games for bringing us this amazing giveaway.

If you were not one of the lucky winner you can get your copy of Tiny Epic Quest at your FLGS or online at AMAZON.

This giveaway is in conjunction with Gamelyn Games’s new KICKSTARTER campaign for Tiny Epic Defenders! 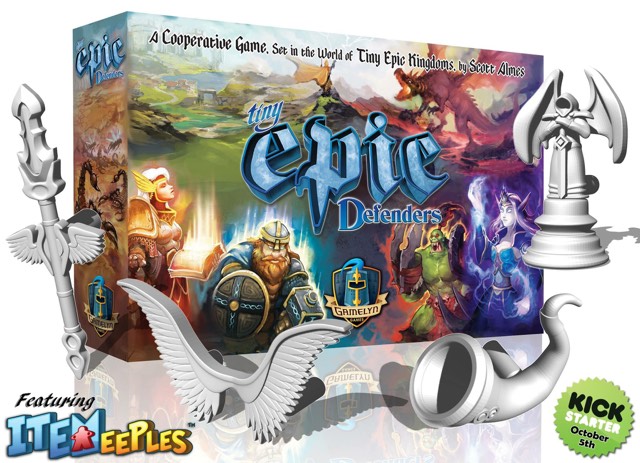 In this fast-paced game, players will scramble between various regions outside their Capital City fighting off enemy hordes! Each region will offers unique properties that players must account for in their strategies.

If your group is fortunate enough to defeat the wave of monsters, you may live long enough to face the Epic Foe! Which Epic Foe will it be? Will you be prepared!?

Does your group have what it takes to survive? Will you have the skill to be crowned the Tiny Epic Defenders!?

Find out more about Tiny Epic Defenders on KICKSTARTER.com and BoardGameGeek.com.

Thank you Gamelyn Games for bringing this awesome giveaway to Everything Board Games! 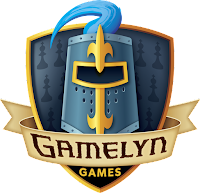 This contest is for three copies of Tiny Epic Quest, ends October 19, 2017 at 11:59 PM MST and is open to legal residents of the US who are 18 years or older. Void where prohibited or restricted by law. You may not win this contest if you have won a giveaway through EverythingBoardGames.com in the last 30 days. No Purchase Necessary.

Winner(s) will be selected October 20, 2017 via a random drawing from among all eligible entries and will be announced on this page and contacted by email. The winner(s) must contact EverythingBoardGames.com within 48 hours of notification. Any winner notification not responded to or returned as undeliverable will result in forfeiture at which point a new winner will be selected. The prize(s) will be fulfilled by Gamelyn Games.