Congratulations Lawrence Fredericks and Michael Boone winners of our The Lounge: A Mafia Game Giveaway!!! A big thank you to Crimson Games for bringing us this awesome giveaway.

This contest has ended. Check out our other great giveaways. You can also get your copy of The Lounge: A Mafia Game at CrimsonBoardGames.com. 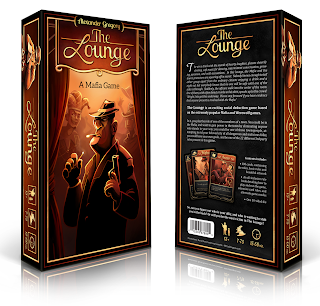 The Lounge is an exciting social deduction game based on the extremely popular Mafia and Werewolf games. In it, you play the role of one of the members of a town. You could be in the Mafia, whose goal is to gain majority in the town by eliminating the townspeople. You could be one of those townspeople, attempting to rid their beloved city of all dangerous and malicious folks. Or, you could have your own goals, and be one of the several different 3rd party roles present in this game.

The game runs between cycling day and night rounds. During the night rounds, the Mafia wakes and chooses one person to kill off, and some other roles wake up and prowl the night. Then, everyone wakes up and a day round starts. During the day round, people discuss the recent happenings in the town, and try and see if there is someone suspicious enough to vote off. Once the voting happens, it’s back to a night round until someone wins! 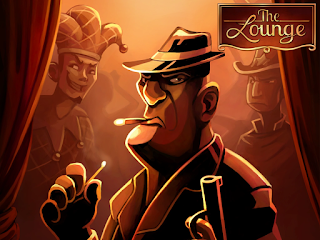 Find out more about The Lounge: A Mafia Game at CrimsonBoardGames.com and BoardGameGeek.com.

This Contest Has Ended!

Thank you Crimson Games for bringing this awesome giveaway to EverythingBoardGames!

The fine print:
This contest ends March 23, 2016 at 12 AM MST. This promotion is in no way sponsored, endorsed or administered by, or associated with, Facebook or Twitter. We hereby release Facebook and Twitter of any liability. This contest is open to US residence only. You may not win this contest if you have won a previous contest in the last 30 days. EverythingBoardGames.com and DCal Games is not responsible for fulfilling the rewards, this is the responsibility of the game publisher involved with the contest. Contestants release EverythingBoardGames.com and DCal Games of any liability. By entering this contest you agree to being added to our mailing list which can be opted out of at any time. Winner(s) will be announced on this page and contacted by email by March 24, 2016.