Find more info on TheBoardgameNexus.com as soon as it’s available on there!

This game reminded me of Street Fighter style graphics with some added flair. I immediately loved the arcade inspired art style and theme. I got to play off in a 2-player showdown with Galen via TTS and got to see the solo mode variant as well. The scripting on TTS was masterfully done and it was a very enjoyable playtest.

In Super Snipers, you and your opponent will be racing to find the other’s hiding spot, then isolate any innocent bystanders, and finally use your skills to take them out before they do the same to you. The first player to do this three times (Super Snipers are tough!) will be the winner. The game uses polyominoes (traditional Tetris shapes) called Focus to represent the act of focusing and taking the shot.

Disclaimer: The publisher played the prototype of Super Snipers with me via TTS. The opinions expressed in the review are completely my own. 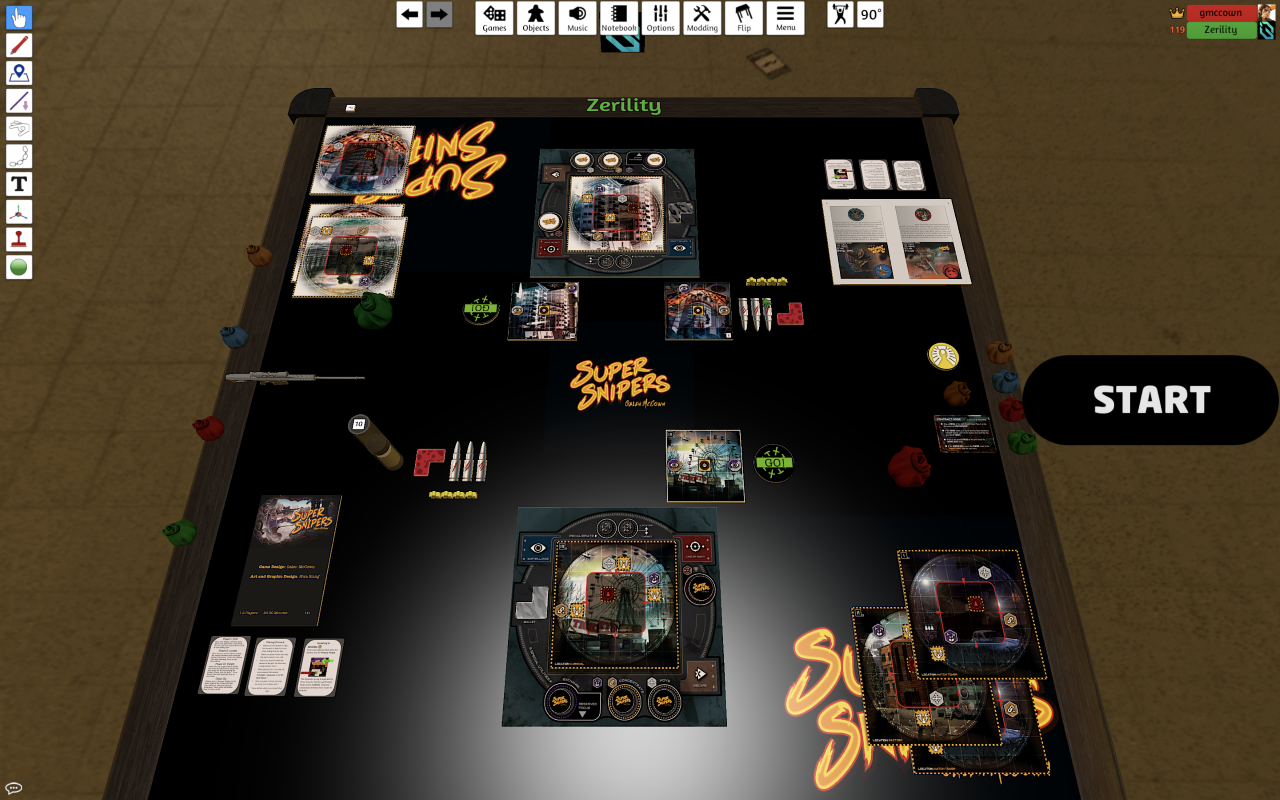 The style of this game is right up my alley and I really enjoyed this take on a sniper battle. I’m also a big fan of polyomino tile placement and the unique way they incorporated them into the game was impressive. Note that I have not interacted with physical components for this game, but I did get to chat with the designer about their intended quality and types – such as recessed boards which were present in the simulated version.  The board, tiles, and cards were otherwise well designed and laid out. I picked up the game very easily and dove right into my role as a Super Sniper!

As mentioned, I loved the art, but my favorite mechanic portion of the game was how you had to “take the shot” at your opponent. You had to use polyomino tiles to surround your target and isolate innocent bystanders. This part to me felt like a huge accomplishment on the designer’s behalf and really rewarding for players.

There were 2 tiles to use at the top of your board called “recalibrate”, and if I recall correctly, they allowed you to remove a piece previously laid (or perhaps reuse it elsewhere). It was explained to me during our test, but I remember thinking it wasn’t going to be useful at least not to my playstyle. Keep in mind I am in no way a veteran of this game and perhaps you can make clutch plays using it, but I never used them.

The game, on the whole, was well done! I was impressed by the look, feel, gameplay and scripting for the game (Scripting is automatic movements done by the simulator to improve gameplay and keep things smooth – an example would be auto-drawing a new tile when you use one). I was raving about the puzzle aspect afterwards and can’t wait to see this one in the flesh. It was a refreshing take on the 2-player dual genre and functioned well as a solo game. 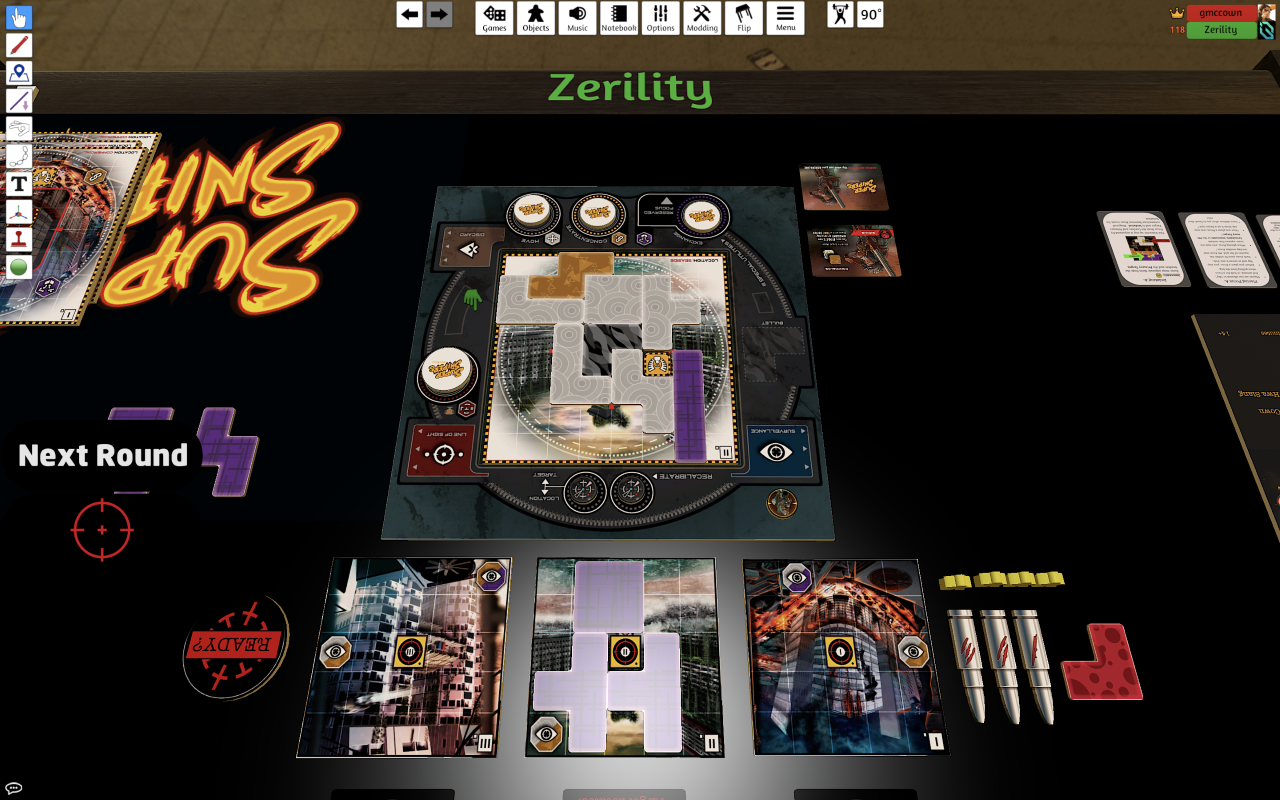 – Game broken into shorter rounds that make a best 3 out of 5 win condition.

– I’m interested in how the randomly populated tiles will translate to players with a physical bag of tiles. I’m curious if this will allow them the ability to hand pick tiles by shape.

Super Snipers is one of those games that will instantly gain an enthusiastic fan base. I would not be surprised to see this one do very well right out of the gate. I hope to have this in my own collection one day and I already know who my first opponent would be. That’s the thing about an upcoming game you get invested in, you just can’t wait to share it with other people. I encourage you to check it out and research it yourself. I’ve been following its progress for some time now and I’ll be watching it up until launch. 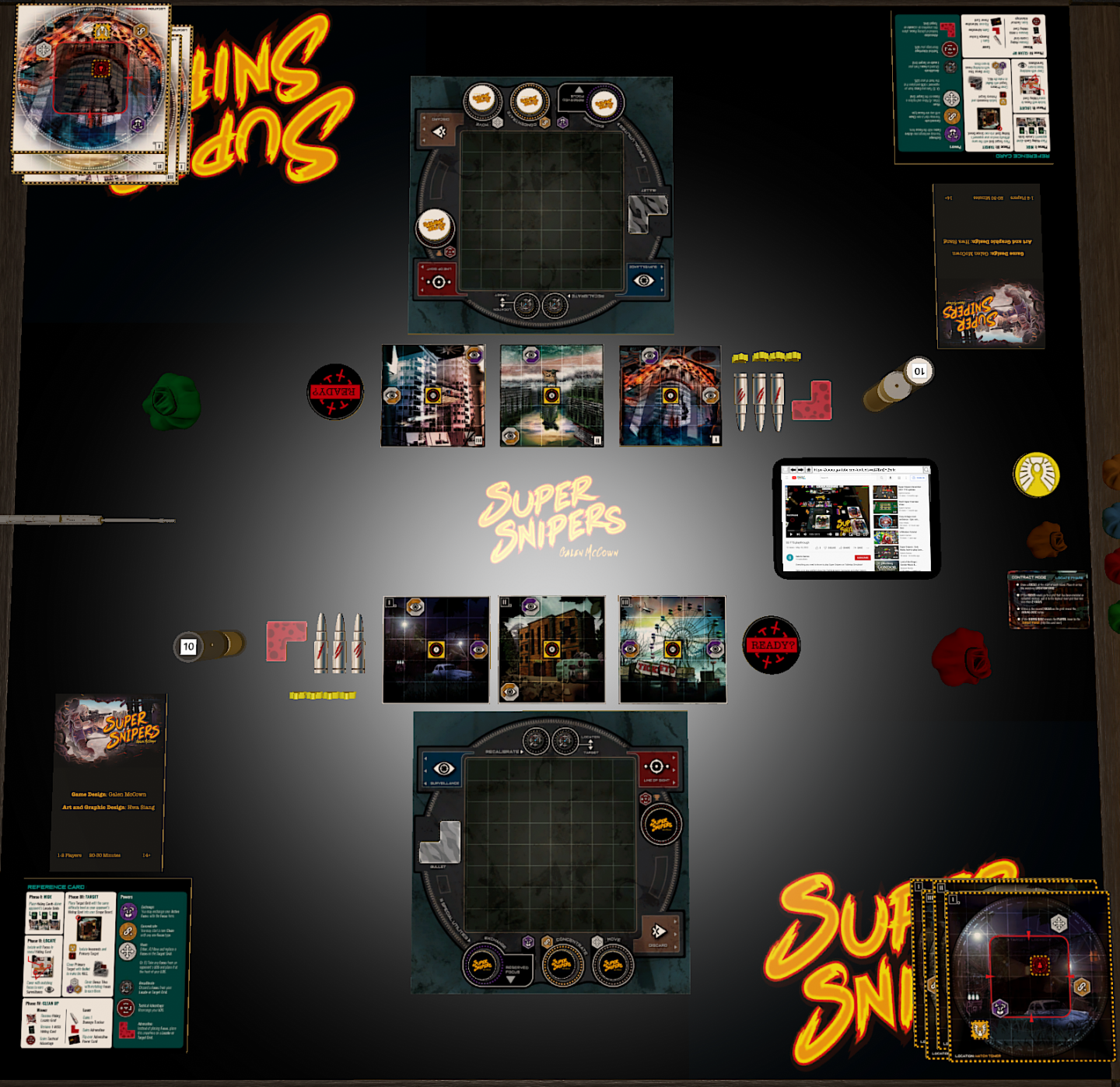 If you’d like to connect with Galen’s Games or learn more about the game, here are the links they provided:

After reading Brad’s review, if this sounds like a game for you at the time of this posting Super Sniper’s will be live on KICKSTARTER from until DATE, and has a funding goal of $xxxxx. Check it out and back it HERE.
Find out more at TheBoardgameNexus.
Do you want to back it based on our review? Please comment below letting us know! 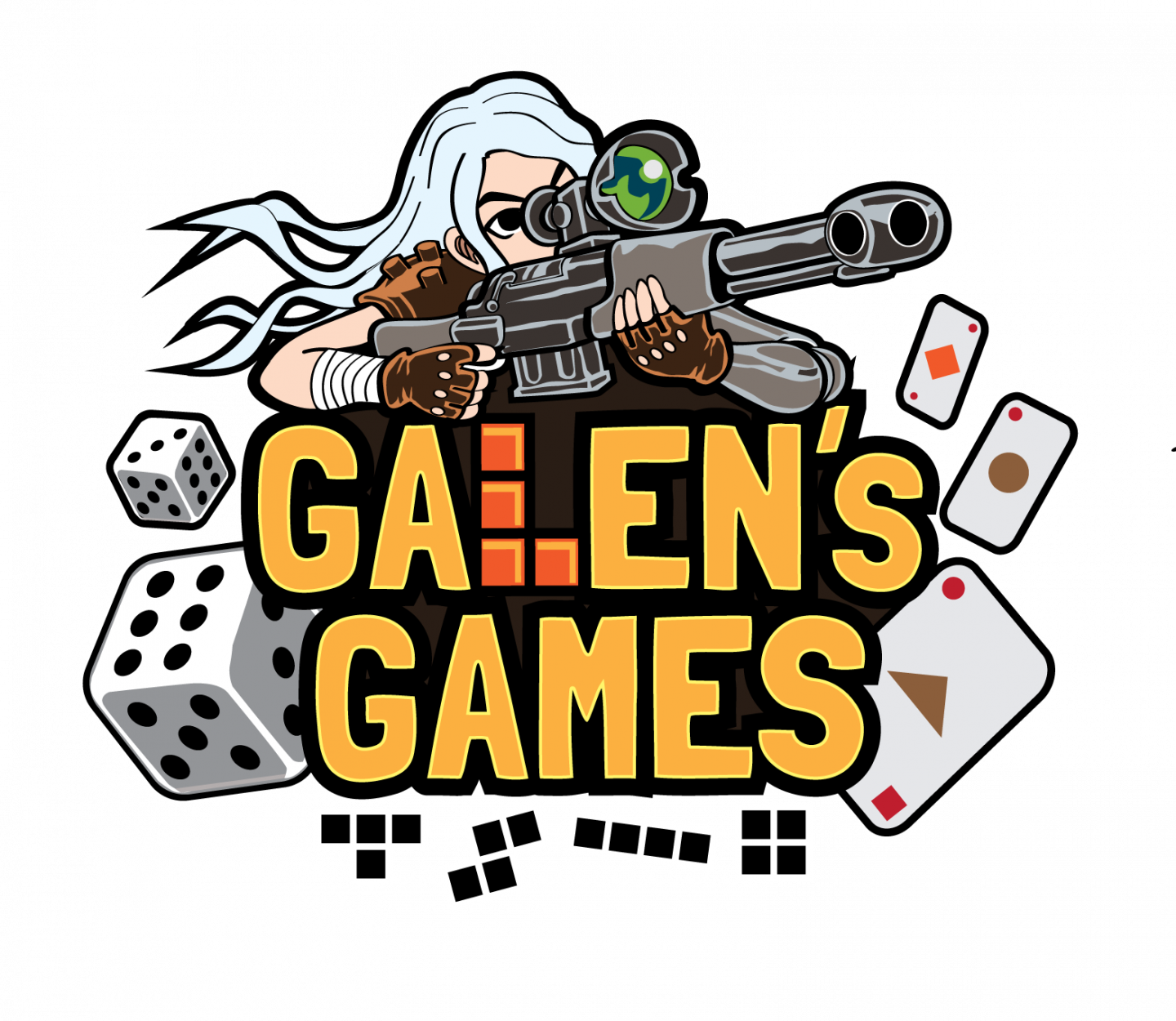 Check out Super Snipers and Galen’s Games on: