Congratulations Brandon Taylor winner of the Sagrada Giveaway! A huge thank you to Game Geek Ninja for bringing us this awesome giveaway.

Please visit our sponsor Game Geek Ninja for awesome reviews and more. If you want to grab a copy of Sagrada visit your FLGS or grab it on AMAZON today. 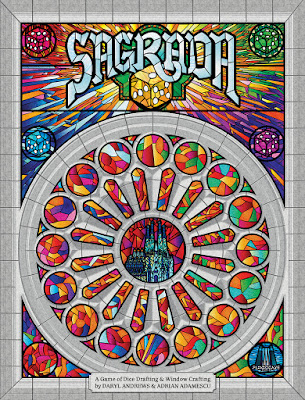 About Sagrada:
Draft dice and use the tools-of-the-trade in Sagrada to carefully construct your stained glass window masterpiece.

In more detail, each player builds a stained glass window by building up a grid of dice on their player board. Each board has some restrictions on which color or shade (value) of die can be placed there. Dice of the same shade or color may never be placed next to each other. Dice are drafted in player order, with the start player rotating each round, snaking back around after the last player drafts two dice. Scoring is variable per game based on achieving various patterns and varieties of placement…as well as bonus points for dark shades of a particular hidden goal color.

Special tools can be used to help you break the rules by spending skill tokens; once a tool is used, it then requires more skill tokens for the next player to use them.

Find out more about Sagrada on BoardGameGeek.com and Game Geek Ninja at GameGeek.ninja.

Thank you Game Geek Ninja for bringing this awesome giveaway to EverythingBoardGames! 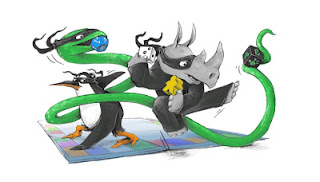 
This contest ends June 28, 2017 at 11:59 PM MST and is open Worldwide. Void where prohibited or restricted by law. You may not win this contest if you have won a giveaway through EverythingBoardGames.com in the last 30 days.


Winner(s) will be selected June 29, 2017 via a random drawing from among all eligible entries and will be announced on this page and contacted by email. The winner(s) must contact EverythingBoardGames.com within 48 hours of notification. Any winner notification not responded to or returned as undeliverable will result in forfeiture at which point a new winner will be selected.