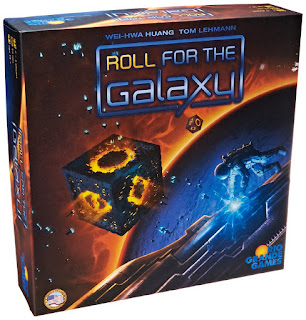 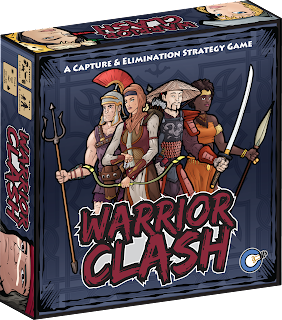 Congratulations Benjamin C and Keith B winners of our Roll For The Galaxy – Warrior Clash Kickstarter Giveaway! A huge thank you to Clark Creative for bringing us this great giveaway.

Warrior Clash is a capture and elimination strategy game that pits greatest warriors in history against each other. Players will draft teams of warriors, defend their land, collect resources with the goal of conquering their enemies. These battles are played atop modular gameboards which create hundreds of possible areas.

Each warrior has a different arrangement of trait scores between the categories of Grit, Agility, Ingenuity and Strength. As warriors are moved throughout the gameboard, the players will attempt to rely on relative strengths and exploit weaknesses of their enemies. When matching sides of two opponent warriors are aligned, they can do battle. The trait scores determine the handicap of the fight, but rolls of the dice determine the victor.

Find out more about Warrior Clash on Kickstarter.com and BoardGameGeek.com.

Thank you Clark Creative for bringing this awesome giveaway to EverythingBoardGames! 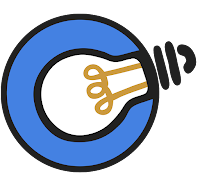 The fine print:
This contest ends August 30, 2016 at 12 AM MST. This promotion is in no way sponsored, endorsed or administered by, or associated with, Facebook or Twitter. We hereby release Facebook and Twitter of any liability. Open to US residents only. No purchase necessary. You may not win this contest if you have won a previous contest in the last 30 days. EverythingBoardGames.com and DCal Games is not responsible for fulfilling the rewards, this is the responsibility of the game publisher involved with the contest. Contestants release EverythingBoardGames.com and DCal Games of any liability. By entering this contest you agree to being added to our mailing list which can be opted out of at any time. Winner(s) will be announced on this page and contacted by email by August 31, 2016.