Congrats Trey LaCaze and John winners of the Robots Love Ice Cream Limited Edition Giveaway! A huge thank you to 25th Century Games for bringing us this awesome giveaway!!!

If you were not one of the lucky winners look for Robots Love Ice Cream at your FLGS or online on AMAZON. 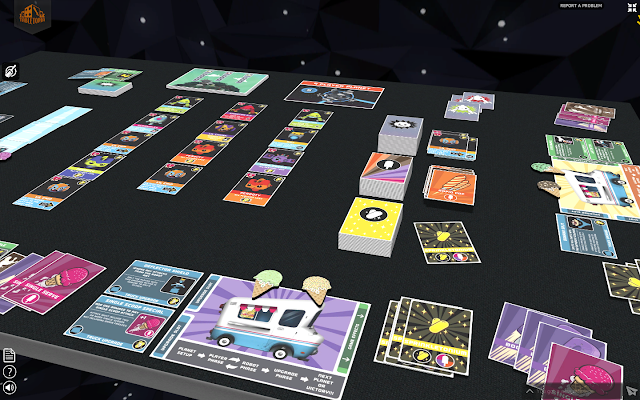 In the game, Spinston and his robot army are invading planets in search of ice cream. Your mission is to take control of an ice cream truck and use matching sets of weaponized ice cream to ward off the enemy robots. When the robots are destroyed they drop Sprinkletonium, a supercharged element that can be used to upgrade the weapons on your truck. Defeat Spinston on each planet and rescue the ice cream to score victory points. Saving the galaxy is pretty sweet!

Find out more about Robots Love Ice Cream on 25thcenturygames.com and BoardGameGeek.com.

Thank you 25th Century Games for bringing this awesome giveaway to EverythingBoardGames! 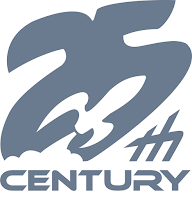 This contest is for two limited edition copies of Robots Love Ice Cream, ends September 21, 2017 at 11:59 PM MST and is open to legal residents of the US who are 18 years or older. Void where prohibited or restricted by law. You may not win this contest if you have won a giveaway through EverythingBoardGames.com in the last 30 days. No Purchase Necessary.

Winner(s) will be selected September 22, 2017 via a random drawing from among all eligible entries and will be announced on this page and contacted by email. The winner(s) must contact EverythingBoardGames.com within 48 hours of notification. Any winner notification not responded to or returned as undeliverable will result in forfeiture at which point a new winner will be selected. The prize(s) will be fulfilled by 25th Century Games.