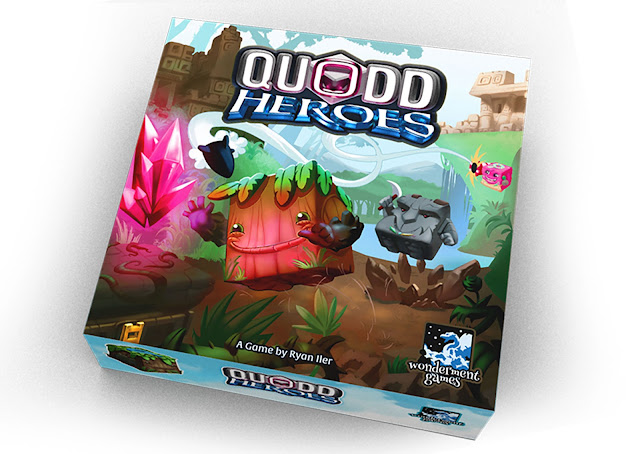 Congratulations Markus Bodenstedt winner of the Quodd Heroes Giveaway! A huge thank you to Wonderment Games for bringing us this amazing giveaway.

If you were not the lucky winner you can still get your copy of Quodd Heroes on Kickstarter. The campaign ends March 3, 2017, however you may still be able to pre-order after that date. 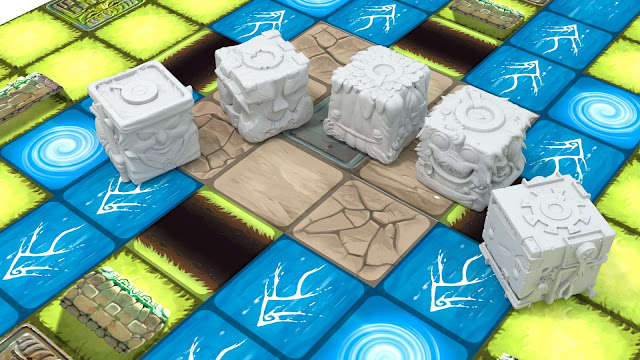 About Quodd Heroes:
Quoddria was a peaceful world, its cube-shaped inhabitants were generally happy and content in their seaside cities, quaint forest villages and even in their vast and deep and bejeweled cave systems. Then the sky began to fall and everything changed. Fire streaked across the sky raining disaster upon their world. When the fires and earthquakes dissipated and the sky once again cleared, the inhabitants of Quoddria emerged from hiding and began to rebuild their lives. Amid the fragments of meteors in the ruins of towns and villages, altered landscapes and vanished seas, the people encountered wondrous crystals. The inhabitants of Quoddria soon discovered that crystals had miraculous properties, bringing new life and unlocking incredible powers in some who encounter them.

In Fringe, a town on the edge of a valley that was once a vast inland sea, Quoddrians are gathering to rebuild and have discovered an ancient lost city in the dry seabed nearby. Brave heroes, you are called to adventure! Do you have what it takes to challenge the wild and dangerous new world and return with the mysterious crystals and wondrous relics of a lost civilization?

Quodd Heroes is a fast-paced modular, scenario-based adventure board game system that plays like a combination of Super Smash Bros., Mario Cart and Legend of Zelda all wrapped into one. Whether it’s a simple point-to-point rally-style race, capture the flag or a quest to uncover hidden secrets each game is filled with unexpected events, lots of player interaction, ever-changing boards and a dash of mayhem.

Find out more about Quodd Heroes on Kickstarter.com and BoardGameGeek.com.

Thank you Wonderment Games for bringing this awesome giveaway to EverythingBoardGames!


This contest ends February 28, 2017 at 11:59 PM MST and is open Worldwide. Void where prohibited or restricted by law. You may not win this contest if you have won a giveaway through EverythingBoardGames.com in the last 30 days.


Winner(s) will be selected March 1, 2017 via a random drawing from among all eligible entries and will be announced on this page and contacted by email. The winner(s) must contact EverythingBoardGames.com within 48 hours of notification. Any winner notification not responded to or returned as undeliverable will result in forfeiture at which point a new winner will be selected.