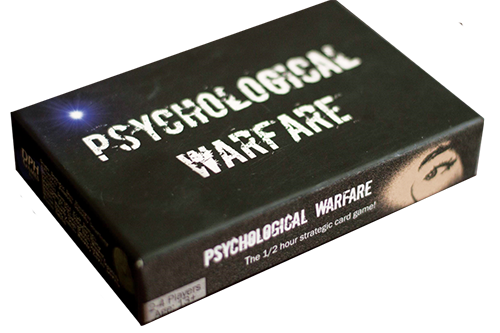 Congratulations Darin LaGarry & Ridley Skorps winners of the Psychological Warfare Giveaway! A huge thank you to DPH Games Inc. for bringing this giveaway to us. 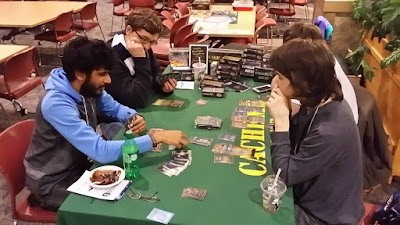 About Psychological Warfare:
The twisted half hour card game. A mental battle where you try to thwart your opponents while attempting to meet your own needs.

All games incorporate psychology, this one takes it head on. You will be using Backhanded Compliments, Clever Insults, Paranoia, Stress and Phobias to manipulate scores in a direction that you choose. It has a twists and multiple tactics, counter-actions that keep the game fresh and replay-able.

Each player scores on four categories; Freedom, Fun, Power and Belonging. Victory points are awarded for having the highest score in a category at the end of the game. The number of points awarded are dependent on the Archetype that the player is using.

Players will spend Mental Energy to perform actions which will lower/raise scores, have an effect on themselves or other players, or block other players from affecting them.

Defense Mechanisms will help protect you, but as you perform actions you build up Psychological Baggage. To rid yourself of the baggage, you must go to Therapy. But Therapy also causes you to lose your Defense Mechanisms.

Psychological Warfare is a balancing game with a number of key decision points each turn. Which cards to discard to create energy, which cards to play, which scores to change, how to combine actions and much more.

Find out more about Psychological Warfare on DPHGames.com and BoardGameGeek.com.

Thank you DPH Games Inc. for bringing this awesome giveaway to EverythingBoardGames! 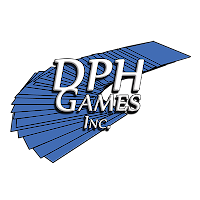 
This contest ends June 8, 2017 at 11:59 PM MST and is open to legal residents of North America who are 18 years or older. Void where prohibited or restricted by law. You may not win this contest if you have won a giveaway through EverythingBoardGames.com in the last 30 days.


Winner(s) will be selected June 9, 2017 via a random drawing from among all eligible entries and will be announced on this page and contacted by email. The winner(s) must contact EverythingBoardGames.com within 48 hours of notification. Any winner notification not responded to or returned as undeliverable will result in forfeiture at which point a new winner will be selected.