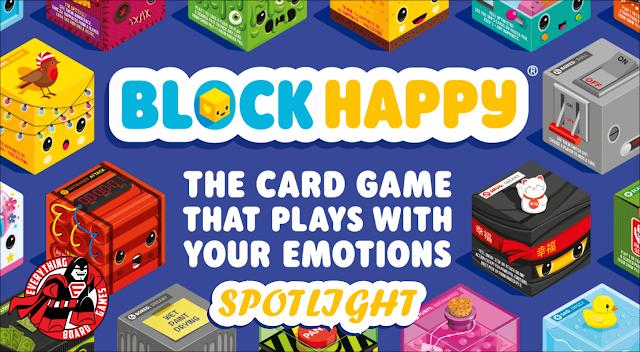 Block Happy is the first card game that plays with your emotions. If you can seize all the happiness first, you win! But with so many comical twists and turns, keeping control of your happiness isn’t that easy. It’s a strategic, funny and emotionally powered game, where players take turns showing and finding emotions, until all the happiness is on the table…and on your face!

It sounds simple, but other players want your happiness to be theirs, and so a hilarious battle of emotion begins. All 70 emotional creature cards, each a beautiful work of art, have different powers, allowing you to control, annoy, peek, grab or test your opponents happiness, whilst keeping hold of your own. The trick to winning, is deciding which emotions to hide and show, when to play them, and who to control.

Created by two leading designers Sam Armes and John Ward, this original game will entertain and engage your emotions in a daring and different way. We’ve changed the way you play a game, because even though you think you’re playing a card game, you’re actually playing with each other’s real emotions, from feeling outraged one minute to overjoyed the next, and plenty of laughter in between. 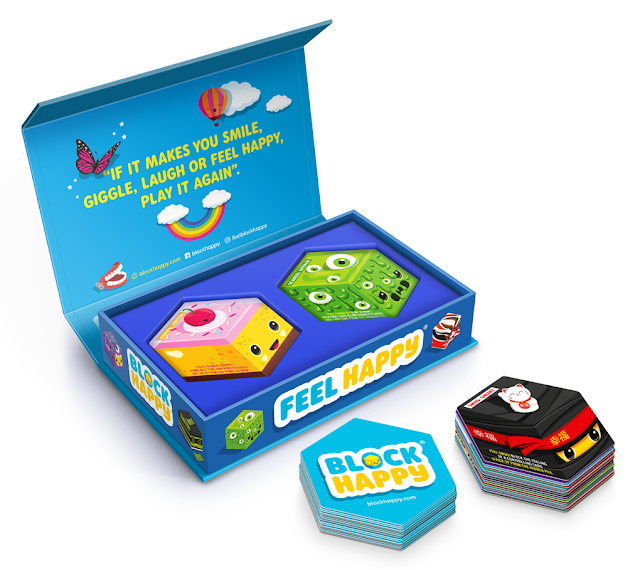 We’ve got a funny feeling (or 70 in fact), that you’ve never played a game quite like this before. Let Block Happy take you on a rollercoaster of emotions. It will make you happy, and who doesn’t want more happiness. Will you be the first to find complete happiness? Don’t miss out. You’ll feel better for it so back it now!