Congratulations Thomas Healy winner of our Nexus: Scrapyard Giveaway! A huge thank you to Pawn Joker Games for bring this awesome giveaway to us.

If you were not the lucky winner you can still get your copy on KICKSTARTER between now and September 7, 2017. 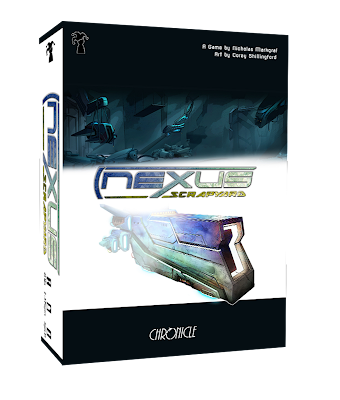 Experience the first chapter in a series of connecting games detailing the rise and fall of a galactic tyrant! In this “Chronicle” game, winners, losers, and events will impact the rules and mechanisms of the following chapters. Create and enjoy a new story every time you play the Nexus Series! 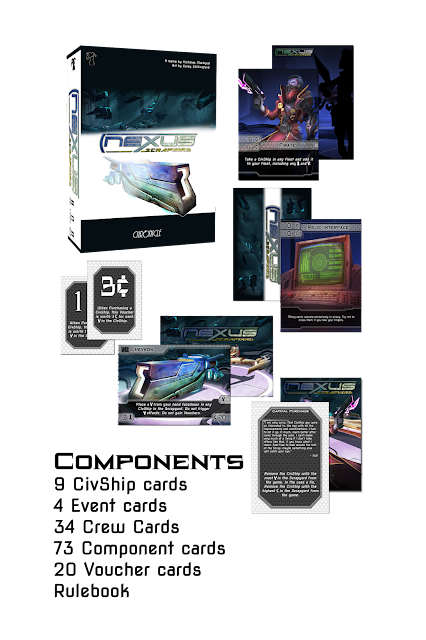 Find out more about Nexus: Scrapyard on Kickstarter.com and BoardGameGeek.com.

Thank you Pawn Joker Games for bringing this awesome giveaway to EverythingBoardGames!

This contest is for One copy of Nexus: Scrapyard, ends August 22, 2017 at 11:59 PM MST and is open Worldwide. Void where prohibited or restricted by law. You may not win this contest if you have won a giveaway through EverythingBoardGames.com in the last 30 days. No Purchase Necessary.

Winner(s) will be selected August 23, 2017 via a random drawing from among all eligible entries and will be announced on this page and contacted by email. The winner(s) must contact EverythingBoardGames.com within 48 hours of notification. Any winner notification not responded to or returned as undeliverable will result in forfeiture at which point a new winner will be selected. The prize(s) will be fulfilled by Pawn Joker Games.