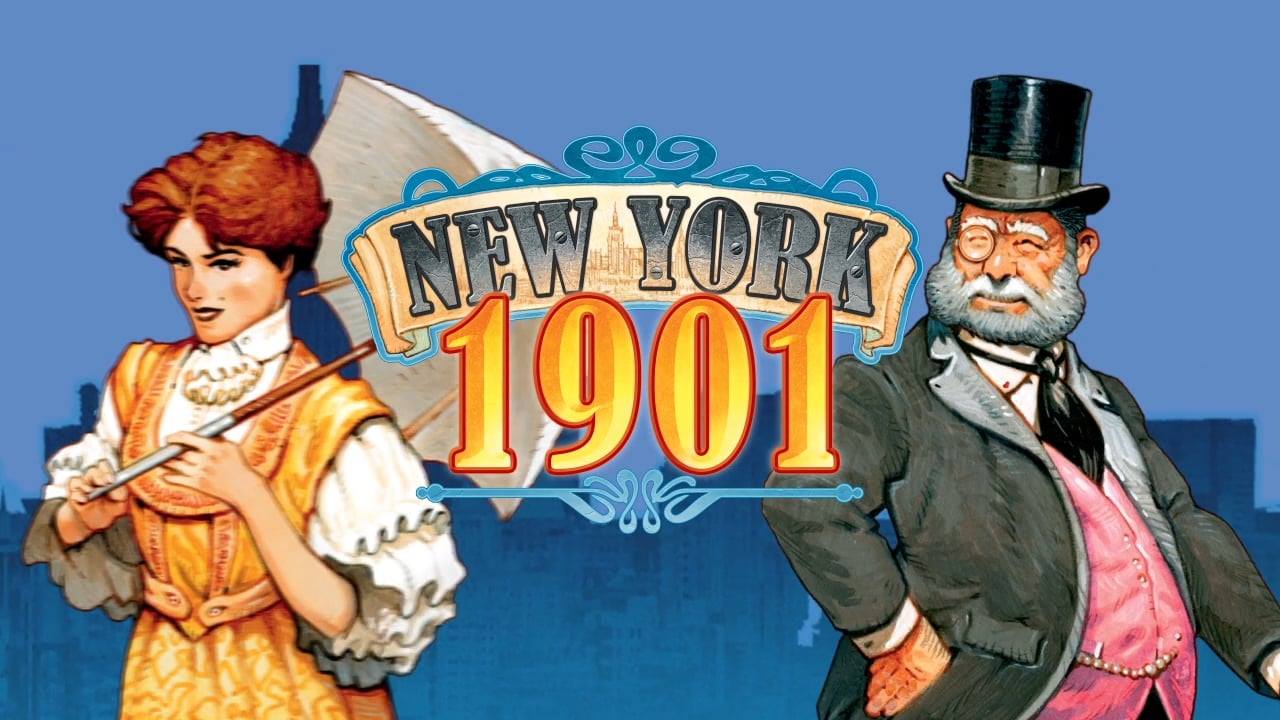 Thank you again to Blue Orange Games for sponsoring this great giveaway. If you didn’t win you can get your copy on Amazon for 38% off (as of Nov 26, 2015). 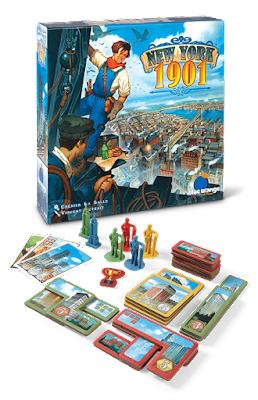 “Relive the dawn of modern New York City, the historic years that made it what it is today. Build bigger and higher skyscrapers on some of Lower Manhattan’s most iconic streets. Raise one of four legendary skyscrapers — the Park Row, the Singer, the Metropolitan Life, or the majestic Woolworth — and make one of them the crown jewel of your real estate empire!

In New York 1901, the players are building skyscrapers on a map of New York’s Financial District. Players take location cards from a cards’ display and then use 2-3 of those location cards to place tetris-shaped building tiles on the board. They first build bronze level buildings. Later in the game those buildings can be replaced by silver level and then gold level buildings.”

How to play by Watch it Played:

Review by the Dice Tower and the Game Boy Geek: 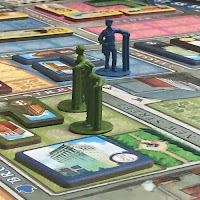 What they are saying:

“New York 1901, a visually compelling and mind-bending board game“.
The New York Times

Find out more about New York 1901 on BoardGameGeek.com and BlueOrangeGames.com. 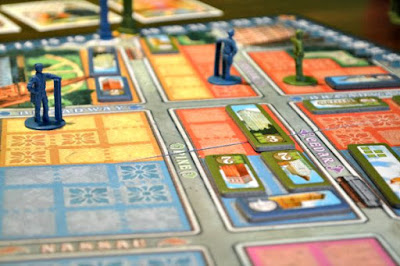 Thank you Blue Orange Games for bringing this awesome giveaway to EverythingBoardGames.com!

The fine print:
This contest ends November 26, 2015 at 12 AM. This promotion is in no way sponsored, endorsed or administered by, or associated with, Facebook or Twitter. We hereby release Facebook and Twitter of any liability. US Only. You may not win this contest if you have won a previous contest in the last 30 days. EverythingBoardGames.com and DCal Games is not responsible for fulfilling the rewards. This is the responsibility of the game publisher involved with the contest. Contestants release EverythingBoardGames.com and DCal Games of any liability. Winner(s) will be announced on this page and contacted by email by November 28, 2015.