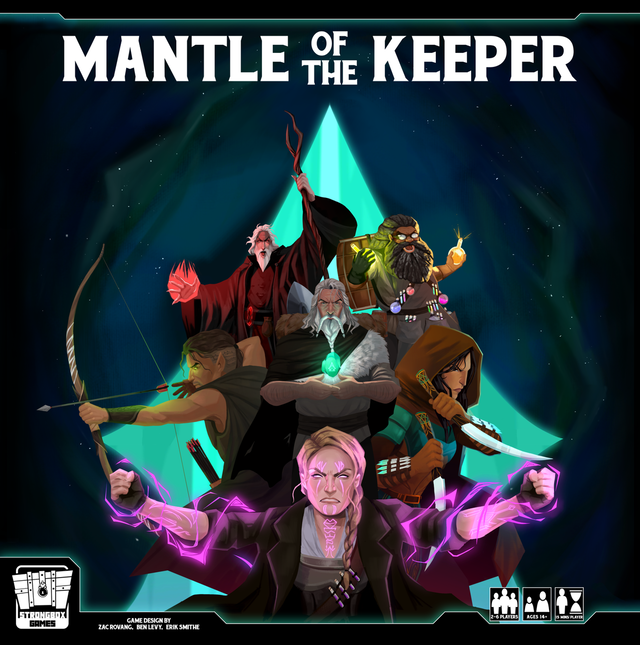 Quick Look: Mantle of the Keeper

I have grown to know the Strongbox team very well over the last year or so. We started to correspond for play tests of our games and that evolved into design advise, business advice and the general, mutually beneficial sharing of ideas. It would be negligent of me to not cover this game and share what a wonderful product they have developed from the concept and lore all the way to final gameplay. Take a moment and check into this one, it’s a knockout. I have play tested this game several times, at various stages.

The Keeper of Vaile has fallen. The Ascended have selected six Chosen to clash in the Keeper Trials where the last Chosen standing will take up the Mantle of the Keeper. Each Chosen is selected based on their unique strategic insight, skill, and aptitude. The Ascended have Favor for each Chosen and have gifted them with special abilities to aid them in the fray.
The Trials take place on Rym, the legendary fallen realm of the Ascended. Ancient ruins, powerful Surges, dangerous Breaches, cracking Tremors, and unstable Rifts are scattered throughout its landscape. As Chosen, you must carefully plan your movement or face dire consequences. The landscape of Rym is forever changing, causing each battle to differ. Fight for the Mantle of the Keeper in this strategic arena skirmish.
Disclaimer: The publisher played the digital copy of Mantle of the Keeper with me. The opinions expressed in the review are completely my own. 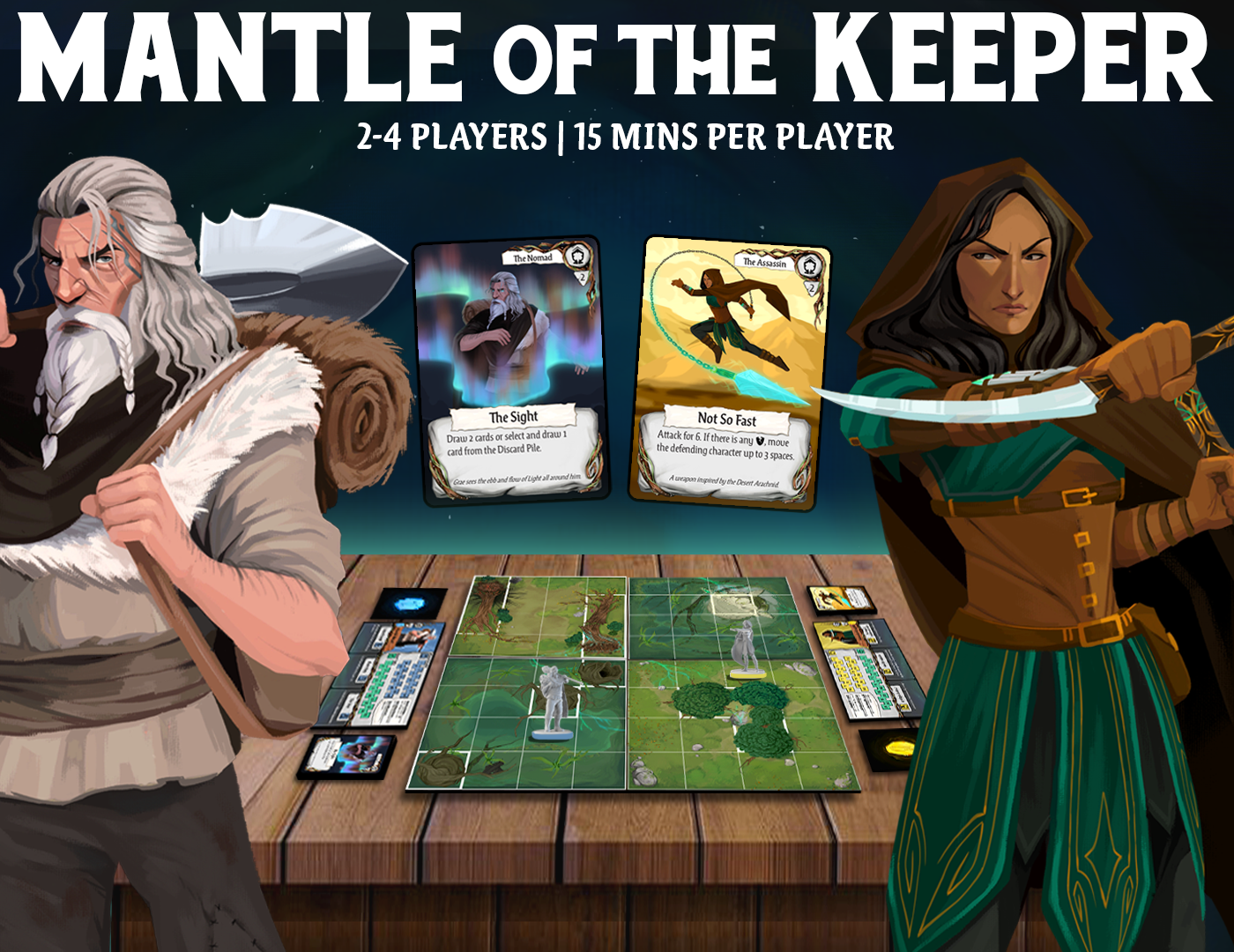 I only experienced the digital version of this game via TTS. However, I have in depth knowledge of the artist, team, and final production quality and components of the game through lengthy discussions with this group. The quality of these components is sound and the double layered board is always great to have for moving trackers. The two-sided modular board design was also a nice touch for replayability. Though I’m not one for getting excited for 3d minis, they are a crowd favorite and can be found in this game as well. Last but certainly not least, the art for this game was original and unique, completed by a fresh talent in the industry which they had the fortune of finding early in their design phase.

I really loved using the map’s terrain and special points (hazards) that are randomly placed on the board during setup to develop and adapt a strategy for success. Most notable for drastic strategy shifting is using a rift to quickly teleport across the map. Other points could give you a single movement boost or cost 1 damage point to pass over. 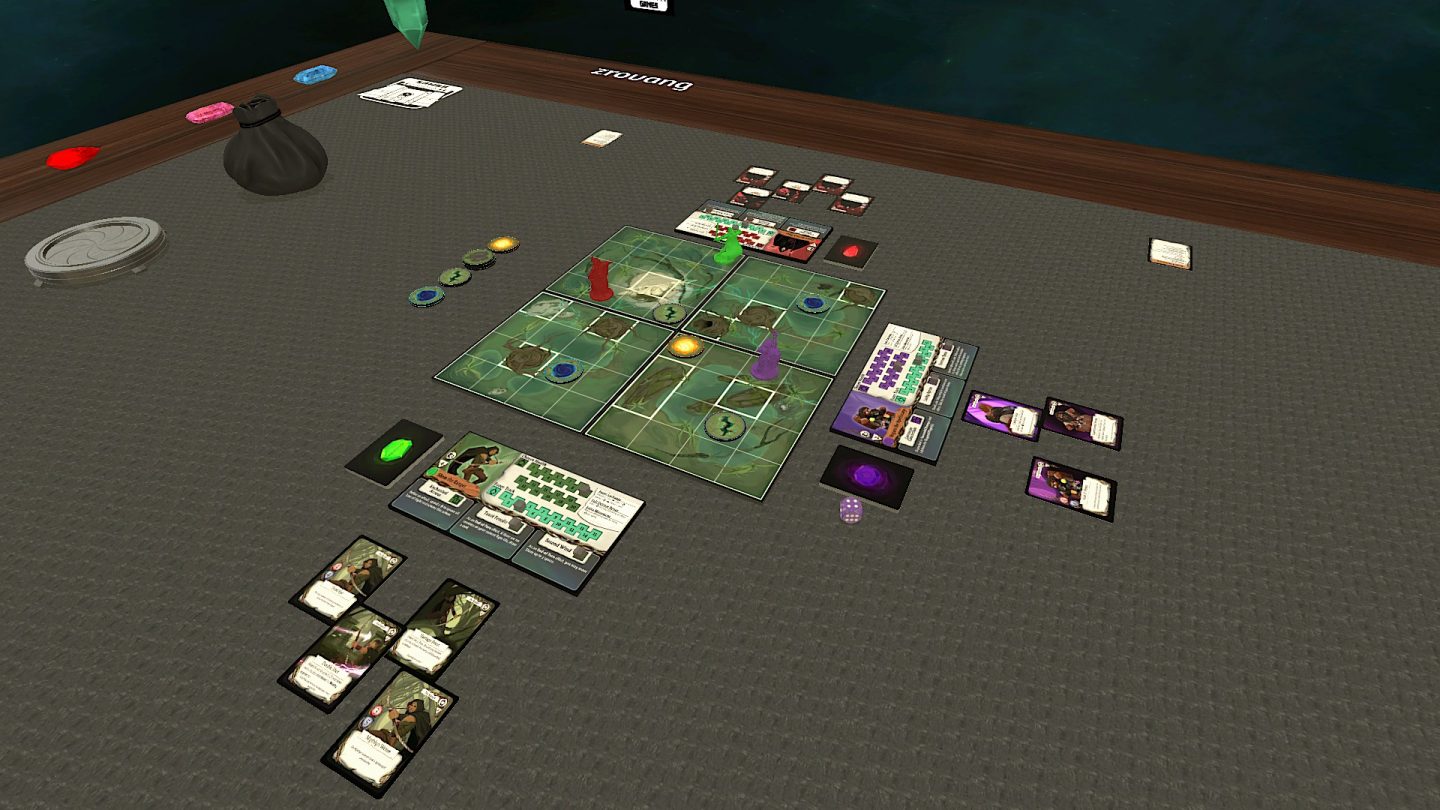 Occasionally, based on poor decision making (or more rarely, just bad luck) you can become physically cornered and/or have no card available to provide a viable good action choice. This doesn’t spell your defeat, but it usually doesn’t bode well. This is a contest to take up an epic title and as such, you should come prepared.

The extended lore and room for growth in the legendary realm of Rym that they’ve created leaves me eager for this title and more to follow. Whether a follow up game, a comic, web series, etc., I see myself already wanting to know more on this magical land and its inhabitants. Without further ado, the pros and cons. 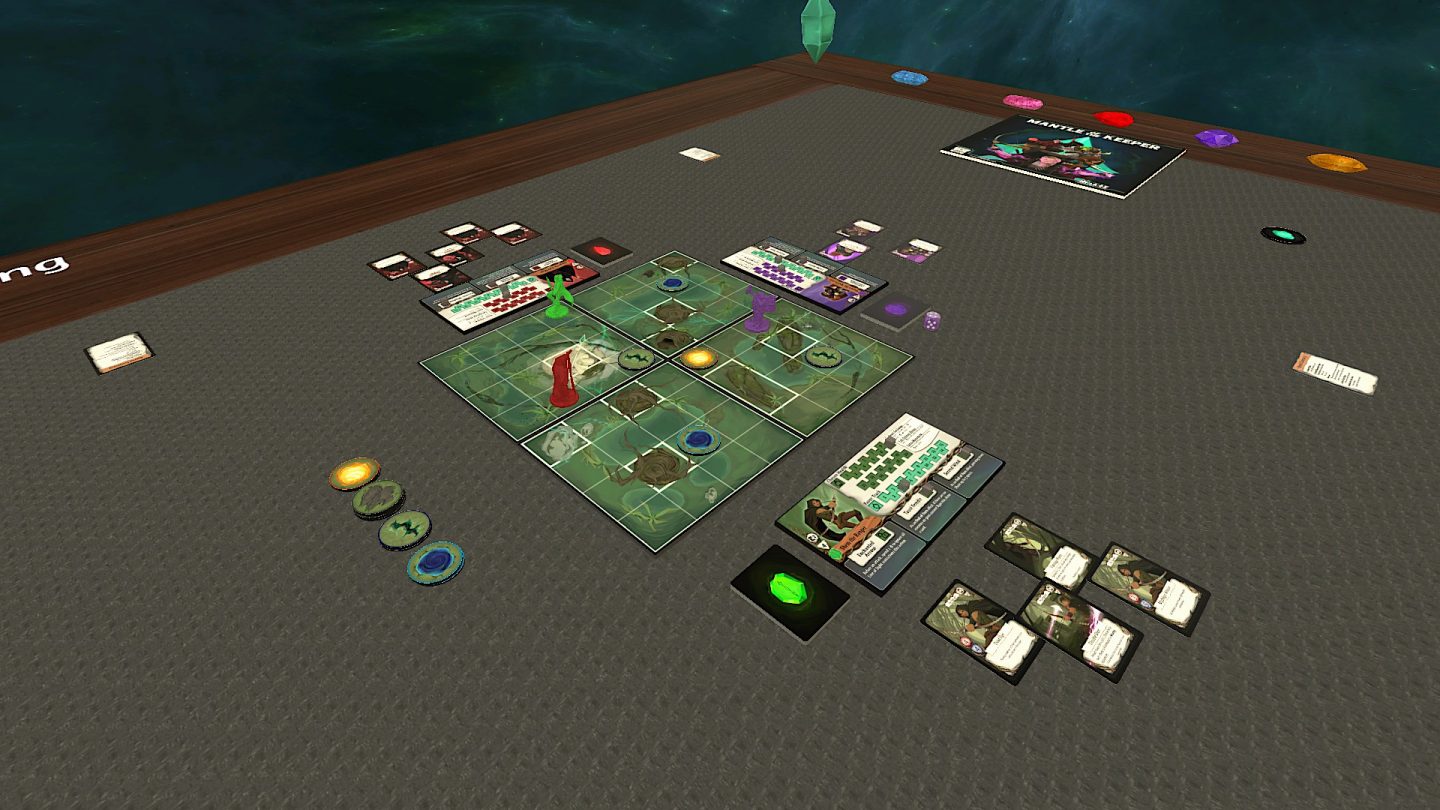 – battle interaction with players and use of gameboard

– interesting map and incorporation of terrain and obstacles

– attack and defense mechanic and how it relates to earning currency.

– ability to use cards to gain currency or use currency to gain cards eliminates being stuck with an abundance of one and a lack or the other.

– lore, theme and overall story behind the game

– characters that feel true to class

I had to nit pick a bit here but I tried and managed to scrape up a few potential improvements.

– ability to mulligan a poor starting hand once.

– an additional tile type perhaps to enhance attack or defense but forced you off of it after use.

– perhaps a single use final move that costs a very high amount of favor per use.

I’ll sum this game up in one sentence: If I only buy one game this year, this is it.

If you’d like to connect with Strongbox Games or learn more about the game, here are a couple of links to get you in the right place:

Facebook: https://www.facebook.com/strongboxgames/
After reading Brad’s review, if this sounds like a game for you at the time of this posting Mantle of the Keeper
will be live on KICKSTARTER beginning Tue, July 12 2022, check it out and pledge below once its LIVE!

Check out Mantle of the Keeper and Strongbox Games on: