Congratulations Jason Despain and Nate Bonne winners of the Hafid’s Grand Bazaar Giveaway! A huge thank you to our sponsor Rather Dashing Games for bringing us this awesome giveaway!

If you were not one of the lucky winners you can pick up your copy of Hafid’s Grand Bazaar at your FLGS or online at AMAZON. 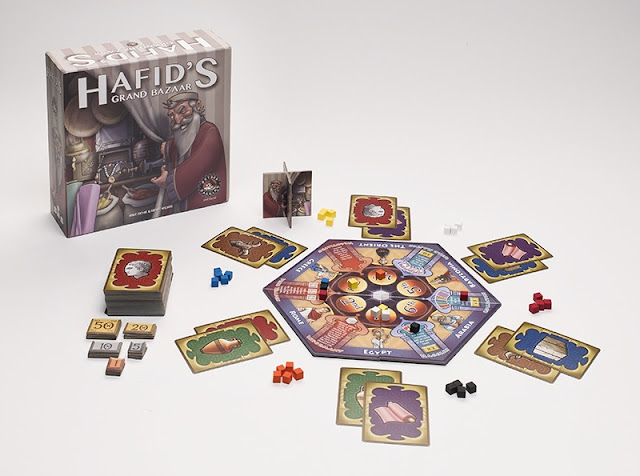 About Hafid’s Grand Bazaar:
Bid, haggle, and trade your way to the top in this raucous trading game of set collection and player negotiation for 2 to 6 players.

Acquire spices, textiles, livestock and other exotic goods by bidding on caravans from foreign markets across the ancient world. Manipulate the market – and each other – using your shrewd bargaining skills to trade with your fellow merchants and collect resource sets to maximize profits.

Hafid’s Grand Bazaar is played in a series of rounds based on the number of players. Each round consists of four phases during which players will take turns bidding on caravans, influence, and customers; collecting goods from caravans; trading and negotiating with each other to collect sets of goods; and selling their goods for maximum profit. Goods are divided into five categories, with five different items in each category. Players can see which categories of goods their opponents are holding by the symbols on the backs of the cards, but do not know the specific item the cards represent in those categories.

This isn’t your typical trading game and player interaction can get raucous and intense as players get creative with their haggling! The player with the highest value of talent coins at the end of the game wins. The marketplace is dynamic and ever-changing. You will need to stay sharp and engaged to amass the most wealth and become the greatest merchant in Hafid’s Grand Bazaar!

Find out more about Hafid’s Grand Bazaar on RatherDashingGames.com and BoardGameGeek.com.

Thank you Rather Dashing Games for bringing this awesome giveaway to EverythingBoardGames! 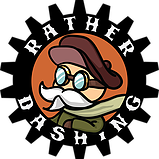 This contest is for two copies of Hafid’s Grand Bazaar, ends September 28, 2017 at 11:59 PM MST and is open to legal residents of the US who are 18 years or older. Void where prohibited or restricted by law. You may not win this contest if you have won a giveaway through EverythingBoardGames.com in the last 30 days. No Purchase Necessary.

Winner(s) will be selected September 29, 2017 via a random drawing from among all eligible entries and will be announced on this page and contacted by email. The winner(s) must contact EverythingBoardGames.com within 48 hours of notification. Any winner notification not responded to or returned as undeliverable will result in forfeiture at which point a new winner will be selected. The prize(s) will be fulfilled by Rather Dashing Games.