Congratulations Greg Mahler winner of the Feudum Bundle Giveaway! A huge thank you to Odd Bird Games for bringing us another fantastic giveaway!

If your name is not Greg Mahler and you would like to pick up a copy of Feudum and Feudum: Queen’s Army Giveaway, please visit Odd Bird’s KICKSTARTER running from now through August 20, 2017. 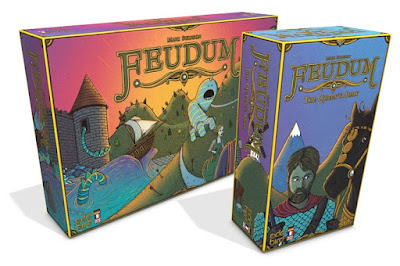 About Feudum: The Queen’s Army:
Oh Bollocks! The Queen’s tyranny is spreading into every corner of the kingdom. Her foot soldiers scour the countryside to hunt the behemoth―a bewitched creature that was once her husband. Your small band of rebels will need sharp wits and a bit of luck to save the King and reclaim the land’s virtue. 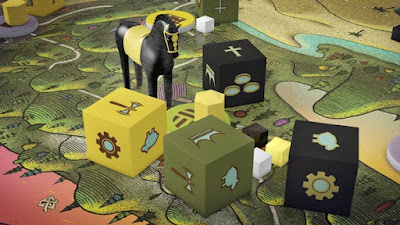 The Queen’s Army is the highly anticipated solo variant expansion for the game Feudum, allowing you (and others) to play against an A.I. player! The elegantly crafted automa deck was developed in collaboration with J.R. Honeycutt (developer for Tesla vs Edison: Powering Up!) and Brian Neff. The game rewards wise resource management and requires cunning play to keep the queen’s army at bay as it tries to thwart your rise to power!

Find out more about Feudum: The Queen’s Army on Kickstarter.com and BoardGameGeek.com. 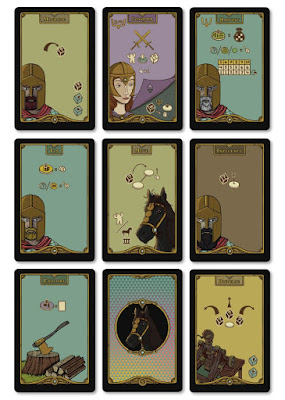 Thank you Odd Bird Games for bringing this awesome giveaway to Everything Board Games!

This contest is for one copy of Feudum & Feudum: The Queen’s Army, ends August 6, 2017 at 11:59 PM MST and is open Worldwide. Void where prohibited or restricted by law. You may not win this contest if you have won a giveaway through EverythingBoardGames.com in the last 30 days. No Purchase Necessary.

Winner(s) will be selected August 7, 2017 via a random drawing from among all eligible entries and will be announced on this page and contacted by email. The winner(s) must contact EverythingBoardGames.com within 48 hours of notification. Any winner notification not responded to or returned as undeliverable will result in forfeiture at which point a new winner will be selected. The prize(s) will be fulfilled by Odd Bird Games.