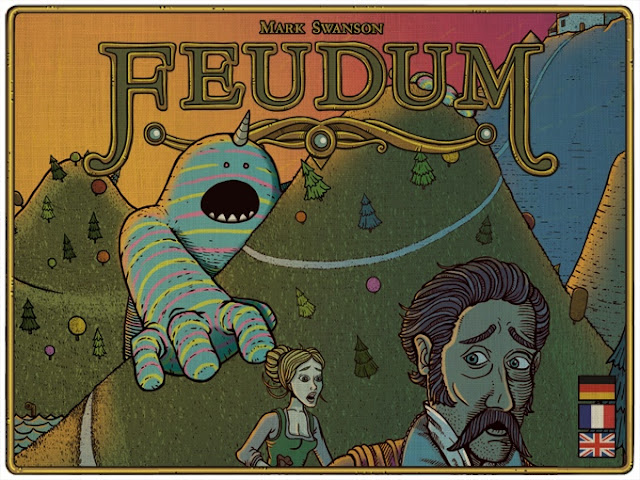 Congratulations to Joe Cooper winner of our Feudum Giveaway! A huge thank you to Odd Bird Games for bringing us this wonderful giveaway.

If you did not win you can still pick up your copy of Feudum on Kickstarter. The campaign ends December 15, 2016. 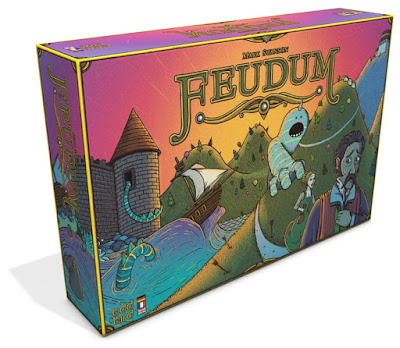 About Feudum.
Blimey! You and your blokes have been banished and stripped of everything but a few shillings and table scraps. Undaunted, you journey to a strange land to reinvent yourself and reclaim your honor! Will you farm the earth, fight as knights or finagle your own feudums? Your fate is in your hands. (And for better or worse, the hands of a steely-eyed monarch named Queen Anne).

Hailed as “articulate and inventive,” Feudum is a deeply nuanced game for 2-5 players that rewards resource management and skillful planning. Six uniquely powered characters and multiple paths to victory make for an ever-changing, open-world experience each time you play.

With many strategies at their disposal, players optimize four actions per turn in an attempt to score the most veneration points over five epochs. Each player controls several medieval characters (like the waify farmer Miss Allison or the pious monk, Brother Justinius) that roam the countryside tending farms, taxing towns and taking outposts in an effort to rise in power.

But, that’s only the tip of the behemoth’s horn! You will also compete to acquire coveted feudums, which increase your membership status in one of six guilds. But beware! Feudum owners must pay homage to the king through military service, or face the charge of disloyalty. Long live the King! 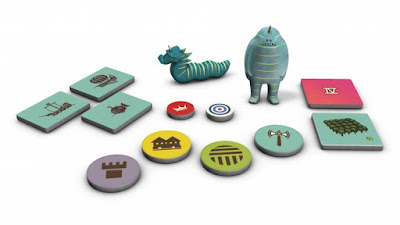 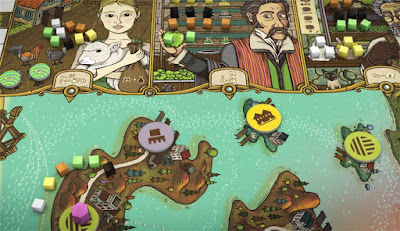 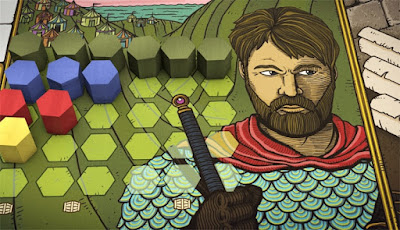 Find out more about Feudum on Kickstarter.com and BoardGameGeek.com.

In this contest, you will answer some rulebook trivia questions. Do a little research to correctly answer the questions to increase your chances of winning.

Thank you Odd Bird Games for bringing this awesome giveaway to EverythingBoardGames!


This contest ends November 29, 2016 at 11:59 PM MST and is open worldwide. Void where prohibited or restricted by law. You may not win this contest if you have won a giveaway through EverythingBoardGames.com in the last 30 days.


Winner(s) will be selected November 30, 2016 via a random drawing from among all eligible entries and will be announced on this page and contacted by email. The winner(s) must contact EverythingBoardGames.com within 48 hours of notification. Any winner notification not responded to or returned as undeliverable will result in forfeiture at which point a new winner will be selected.