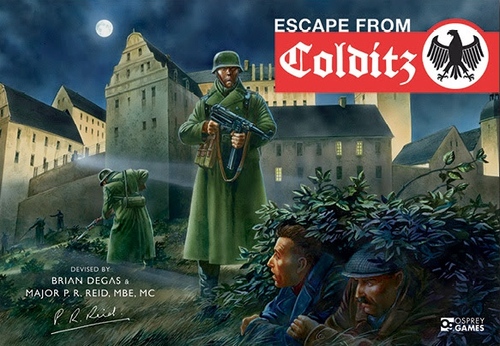 Congratulations Mark Capell-helm winner of our Escape from Colditz 75th Anniversary Edition Giveaway! A huge thank you to Nerdvana for bringing us this awesome giveaway!

Please help support Nerdvana by taking a look at their shop by clicking HERE. 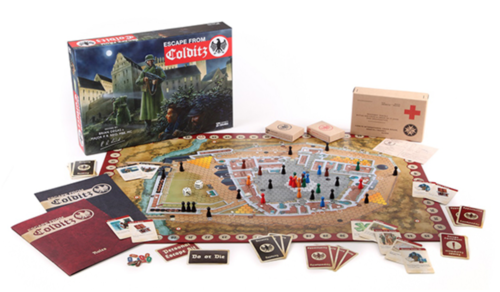 About Escape from Colditz:
One player takes the part of the German Guards, whilst the others play “Escape Officers” who are responsible for organizing escape attempts by their team of prisoners. Generally, the winner will be the Escape Officer who achieves the most successful escapes; but it might be the German Forces, if they are able to limit the number of escapes.

The game has been reedited in 2006 by Devir in Spain, with a totally new graphic design and a rewritten rulebook based in the original edition by Gibsons Games . This new edition has been supervised and approved by the original designer, Brian Degas.

Find out more about Escape from Colditz 75th Anniversary Edition on NerdvanaGaming.co.uk and BoardGameGeek.com.

Thank you Nerdvana for bringing this awesome giveaway to EverythingBoardGames!


This contest ends December 1, 2016 at 11:59 PM MST and is open to legal residents of the UK who are 18 years or older. Void where prohibited or restricted by law. You may not win this contest if you have won a giveaway through EverythingBoardGames.com in the last 30 days.


Winner(s) will be selected December 2, 2016 via a random drawing from among all eligible entries and will be announced on this page and contacted by email. The winner(s) must contact EverythingBoardGames.com within 48 hours of notification. Any winner notification not responded to or returned as undeliverable will result in forfeiture at which point a new winner will be selected.


By entering this contest you agree to being added to our newsletter mailing list which can be opted out of at any time. This mailing list is used to notify you of new giveaways and to promote our sponsors who make all of this possible.