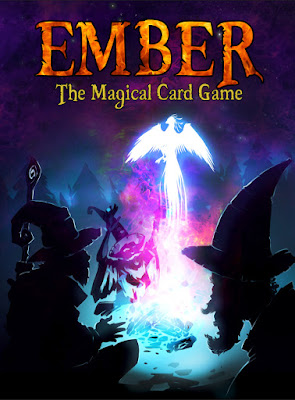 Congratulations George J, Jeremy M, and Stephen G winners of our Ember: The Magical Card Game Giveaway! And a huge thank you to District 31 for bringing us this amazing giveaway.

If you were not one of the lucky winners you can still get your copy at District31.co.uk. 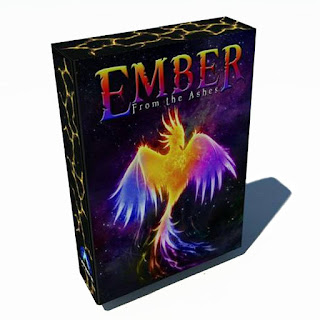 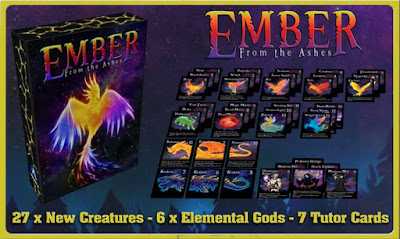 Containing 55 all new and gorgeous cards, From the Ashes expands the gameplay by giving you many more options, including:
26 – Creature cards designed to enhance gameplay and supercharge your strategies.
12 – Legendary God cards: ultra powerful creatures with epic powers; combine all three aspects and gain their legendary ability.
7 – Wizard cards: the magical professors of Alastor’s Academy, each with a powerful speciality; use it and the wizard is depleted for the rest of the game.
5 – Artifact cards: powerful equipment with multiple abilities.

There are countless new strategies and even more beautiful cards to look at with From the Ashes.

Find out more about From the Ashes – Expansion for Ember: the Magical Card Game on Kickstarter.com and BoardGameGeek.com.

Thank you District 31 for bringing this awesome giveaway to EverythingBoardGames! 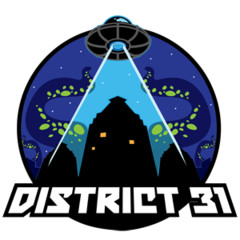 The fine print:
This contest ends October 10, 2016 at 11:59 PM MST. This promotion is in no way sponsored, endorsed or administered by, or associated with, Facebook or Twitter. We hereby release Facebook and Twitter of any liability. Open Worldwide. No purchase necessary. You may not win this contest if you have won a previous contest in the last 30 days. EverythingBoardGames.com and DCal Games is not responsible for fulfilling the rewards, this is the responsibility of the game publisher involved with the contest. Contestants release EverythingBoardGames.com and DCal Games of any liability. By entering this contest you agree to being added to our mailing list which can be opted out of at any time. Winner(s) will be announced on this page and contacted by email by October 11, 2016.