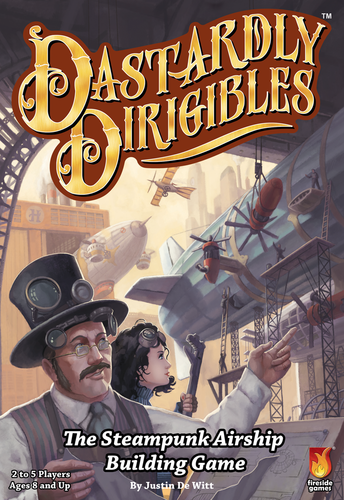 Congratulations James Reid winner of the Dastardly Dirigibles Giveaway! A huge thank you to Fireside Games  for bringing us this awesome giveaway.

If you are not James and did not win a copy but would like to get one you can pick it up online or at your FLGS. 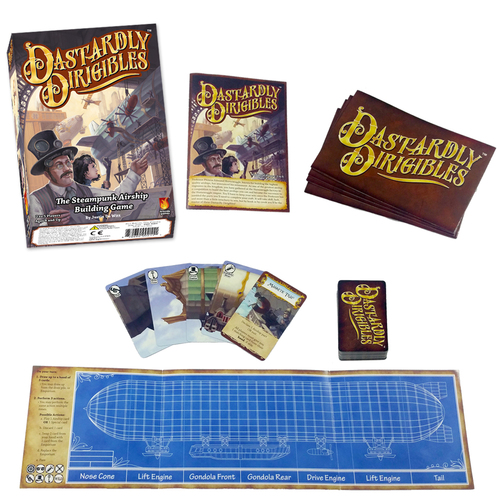 About Dastardly Dirigibles:
Professor Phineas Edmund Hornswoggle, famed airship builder, is retiring and you are an engineer competing to inherit the Hornswoggle factory!

Dastardly Dirigibles features tarot-sized cards that are played in a constant action format in which each time a part is added, ALL players MUST add the SAME part – which may replace an existing one. Build your airship from different parts of nine beautiful suits, while also using special cards to your advantage or to thwart your opponents. The round ends when the first airship is complete — but you score only the suit used most in your airship. The player with the highest score after three rounds wins!

Find out more about Dastardly Dirigibles on EverythingBoardGames.com (Review), FiresideGames.com and BoardGameGeek.com.

Also check out Fireside Games next big hit Hotshots on FiresideGames.com and BoardGameGeek.com. 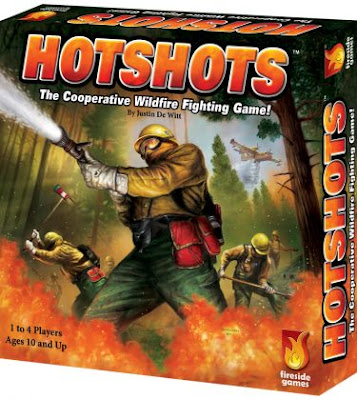 Thank you Fireside Games for bringing this awesome giveaway to Everything Board Games!


This contest ends April 13, 2017 at 11:59 PM MST and is open to legal residents of the US who are 18 years or older. Void where prohibited or restricted by law. You may not win this contest if you have won a giveaway through EverythingBoardGames.com in the last 30 days.


Winner(s) will be selected April 14, 2017 via a random drawing from among all eligible entries and will be announced on this page and contacted by email. The winner(s) must contact EverythingBoardGames.com within 48 hours of notification. Any winner notification not responded to or returned as undeliverable will result in forfeiture at which point a new winner will be selected.