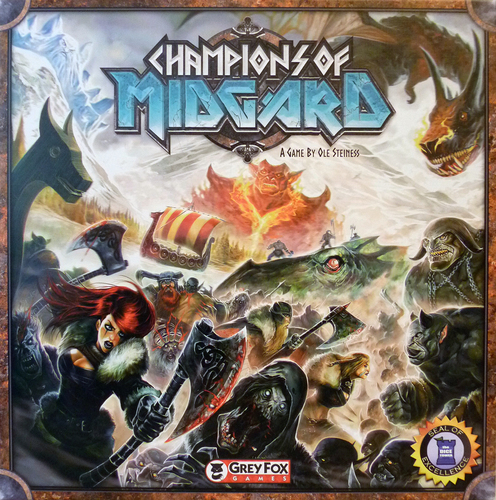 Congratulations Brody Sheard winner of our Champions of Midgard Giveaway! A huge thank you to SAHM Reviews for bringing us this awesome giveaway!

If you didn’t win you can get your copy of Champions of Midgard on Amazon. Also don’t forget to enter one of SAHM Reviews other giveaways by clicking HERE. 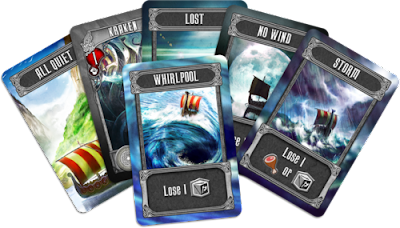 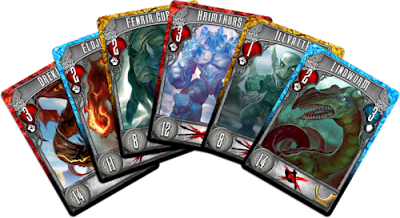 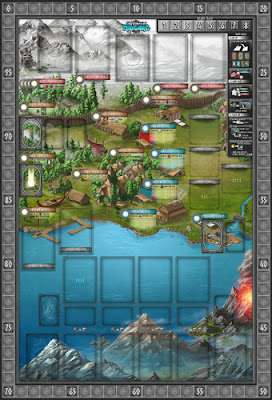 About Champions of Midgard:
Champions of Midgard (formerly Defenders of Nidaros) is a middleweight, Viking-themed, worker placement game with dice rolling in which players are leaders of Viking clans who have traveled to an embattled Viking harbor town to help defend it against the threat of trolls, draugr, and other mythological Norse beasts. By defeating these epic creatures, players gain glory and the favor of the gods. When the game ends, the player who has earned the most glory earns the title of Jarl and is recognized as a champion of Midgard!

Placing workers allows for the collection of resources and warriors, which players may then send on journeys to neighboring villages or across the sea to defeat monsters and gain the glory they need for victory. Resources are used to carve runes, build ships, and feed your followers. Viking warriors (custom dice) do battle with the myriad enemies the town faces.

Find out more about Champions of Midgard on BoardGameGeek.com, and SAHM Reviews 100 days of giveaways at SAHMReviews.com.

Thank you SAHM Reviews for bringing this awesome giveaway to EverythingBoardGames!


This contest ends December 1, 2016 at 11:59 PM MST and is open to legal residents of the United States who are 18 years or older. Void where prohibited or restricted by law. You may not win this contest if you have won a giveaway through EverythingBoardGames.com in the last 30 days.


Winner(s) will be selected December 2, 2016 via a random drawing from among all eligible entries and will be announced on this page and contacted by email. The winner(s) must contact EverythingBoardGames.com within 48 hours of notification. Any winner notification not responded to or returned as undeliverable will result in forfeiture at which point a new winner will be selected.