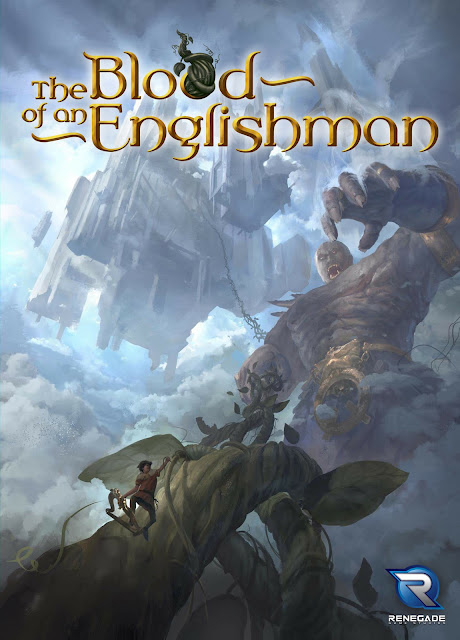 Congratulations Charles Smith and Gary Sanderson winners of The Blood of an Englishman Giveaway! Another big thank you to Renegade Game Studios for bringing us this great giveaway.

If you were not one of the two lucky winners you can get your copy of The Blood Of An Englishman on Amazon! 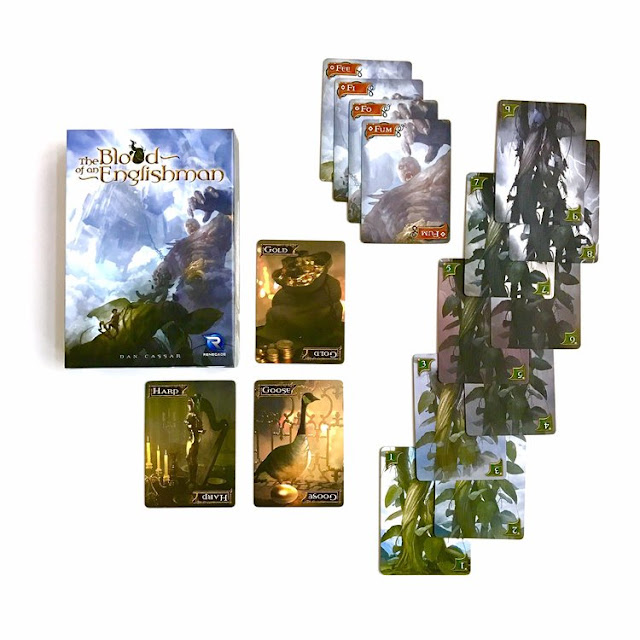 About The Blood of an Englishman:
“Fee Fi Fo Fum! I smell the blood of an Englishman!” roared the giant as he crashed through the vines. Jack, with one arm around his precious stolen harp and the other grasping the beanstalk, felt the rush of danger. Will he make it to the bottom in time to chop down the leafy ladder, or will the giant successfully catch the thieving beggar?

In The Blood of an Englishman, players take on the role of either Jack or the Giant. The Giant must maneuver the Fee Fi Fo and Fum cards while Jack tries to create three beanstalks to steal the bag of gold, the Golden Goose, and the Singing Harp. Each player has different available actions and must carefully arrange the cards to achieve their goal. Are you brave enough to face your fate?

Find out more about The Blood of an Englishman on RenegadeGameStudios.com, BoardGameGeek.com, and Amazon.com.


This contest ends November 22, 2016 at 11:59 PM MST and is open to legal residents of the US or Canada who are 18 years or older. Void where prohibited or restricted by law. You may not win this contest if you have won a giveaway through EverythingBoardGames.com in the last 30 days.


Winner(s) will be selected November 23, 2016 via a random drawing from among all eligible entries and will be announced on this page and contacted by email. The winner(s) must contact EverythingBoardGames.com within 48 hours of notification. Any winner notification not responded to or returned as undeliverable will result in forfeiture at which point a new winner will be selected.

By entering this giveaway you agree to being added to our newsletter mailing list which can be opted out of at any time. This mailing list is used to notify you of new giveaways and to promote our sponsors who make all of this possible.