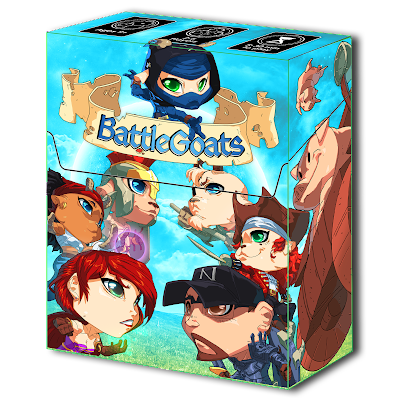 Congratulations Lee Luckydoo winner of the BattleGoats Giveaway! A huge thank you to CardLords for bringing us this awesome giveaway.

If you were not one of the winners I would highly suggest you pick up a copy of BattleGoats on Amazon by clicking HERE or the image below. 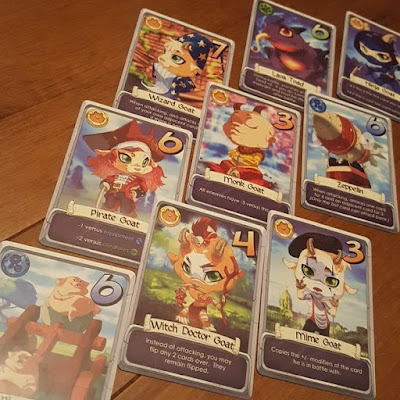 About BattleGoats:
BattleGoats is a War-style card game where players alternate turns in card battle to determine a winner using the highest number value. Number values change as the game goes on. The person with the last card in play wins. Rules are easy to pick up and games play in as little as 5-30 minutes for groups of 2-6 players.

How to play:
1. Each player gets a random Hero and recruits an army of goats to battle with.
2. To build an army, all players are dealt 8 additional cards from the deck at random. Any remaining cards are set aside and not used for that game.
3. With 9 cards in hand, each player lays them out face down in a 3×3 pattern to set up their battlefield.
4. The player that finishes laying their battlefield out the fastest gets to choose who attacks first.
5. To attack, select one of your cards, then choose any one of your opponent’s cards.
6. Both cards are flipped over and the higher number after any modifiers wins. Special abilities or modifiers are shown on the bottom of each card. If the numbers are equal, both cards are defeated.
7. After the attack is finished, the losing card is discarded and the winning card flips back over, then it is the next players turn.
(Here comes the Memory effect into play, just remember where you can attack cards with a lower number on it.)

The player with the last card in play wins.

Thank you CardLords for bringing this awesome giveaway to EverythingBoardGames! 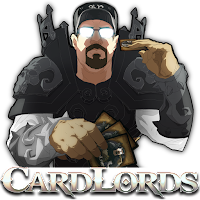 
This contest ends December 22, 2016 at 11:59 PM MST and is open to legal residents of the US only who are 18 years or older. Void where prohibited or restricted by law. You may not win this contest if you have won a giveaway through EverythingBoardGames.com in the last 30 days.


Winner(s) will be selected December 23, 2016 via a random drawing from among all eligible entries and will be announced on this page and contacted by email. The winner(s) must contact EverythingBoardGames.com within 48 hours of notification. Any winner notification not responded to or returned as undeliverable will result in forfeiture at which point a new winner will be selected.