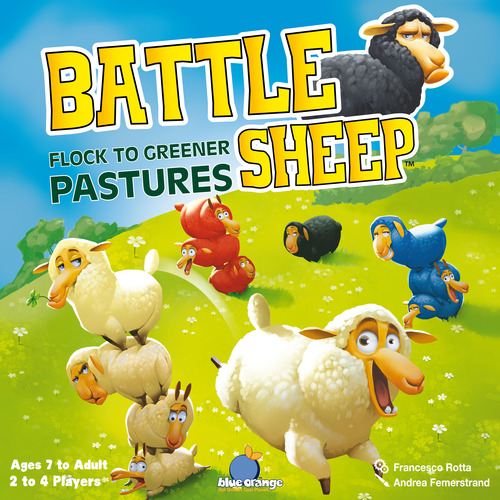 Congratulations Brody Sheard and Rajee Pandi winners of the Battle Sheep Giveaway! A huge thank you to Blue Orange Games for bringing us this great giveaway.

If you were not one of the two lucky winners you can get your copy of Battle Sheep on Amazon.com. 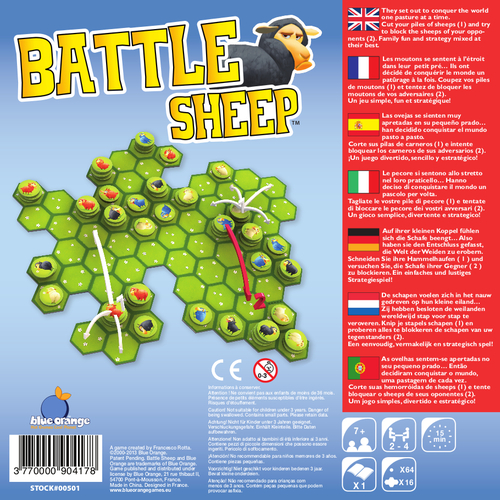 About Battle Sheep:
In Battle Sheep (first released as Splits), players start the game by constructing the board from identical four-hex tiles, then each player places his/her tall stack of discs on one of the border hexes. Players take turns removing some number of discs from the top of one of their stacks, moving that new stack of discs as far away as it can go in a straight line. Players must leave at least one disc behind when moving, so the board gradually fills up and movement opportunities become more and more scarce. The player occupying the most spaces at the end of the game wins!

Find out more about Battle Sheep at BlueOrangeGames.com, EverythingBoardGames.com and BoardGameGeek.com.


This contest ends March 9, 2017 at 11:59 PM MST and is open to legal residents of the US who are 18 years or older. Void where prohibited or restricted by law. You may not win this contest if you have won a giveaway through EverythingBoardGames.com in the last 30 days.


Winner(s) will be selected March 10, 2017 via a random drawing from among all eligible entries and will be announced on this page and contacted by email. The winner(s) must contact EverythingBoardGames.com within 48 hours of notification. Any winner notification not responded to or returned as undeliverable will result in forfeiture at which point a new winner will be selected.