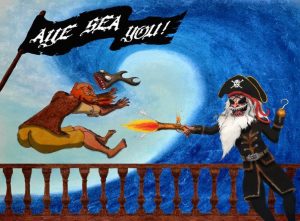 The game pits one visually impaired Captain against his mutinous Crew. The Crew try to exchange Treasure Cards, but if the Captain sees them, he blasts them full of lead at point blank range. If each Crewmember (living and dead) simultaneously reveals a complete set of 4 identical Treasure Cards, the Crew wins! If they fail to do so within 5 minutes (or if they’re all dead), the Captain wins!

The game functions differently for 2-4 players than it does for 5-8 players, but the general theme of secretly moving Treasure Cards while the Captain is looking somewhere else is omnipresent.

Disclaimer: The publisher provided the copy of Aye Sea You! The opinions expressed in the review are completely my own. 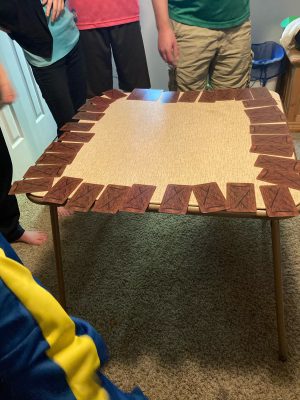 Aye Sea You is actually really fun.  You play it in 5 minutes with about 5 min of setup.  One player plays as the captain of a mutinous crew and wears 2 eye patches one of which has a little pinhole to look through.  The captain must watch over the treasure cards on the table and point and say “bang” when they see a crew member with hands over the table/treasure.  You can trade treasure under the table but your goal as crew members is to steal enough treasure cards without being seen and swap them under the table to get 4 of a kind to one of the crew.  If you can in 5 min you win if not the captain wins.  If a crewmember is caught pilfering the treasure then they are dead and can only trade cards with crewmates but not get new cards or complete their own set. 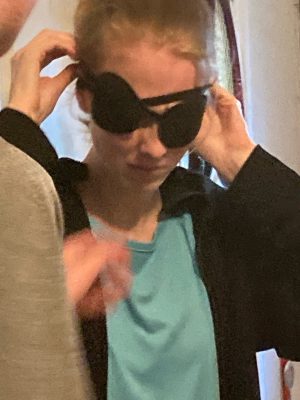 It is a hard and fast game with a lot of skill and participation.  It can be played several rounds with different captains and works on dexterity and perception skills.  It is not my favorite game and it will only work for larger groups, but it would be a great filler game for extra time at a gamenight. 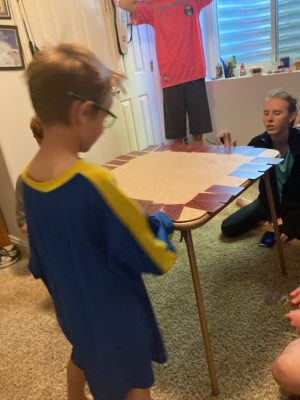 Probably a 7/10 overall but I would still recommend it to anyone looking for a quick filler game.

We would definitely be willing to stock this and all art is beautiful and family friendly.

A definite recommendation from the Arcanist’s Armory! 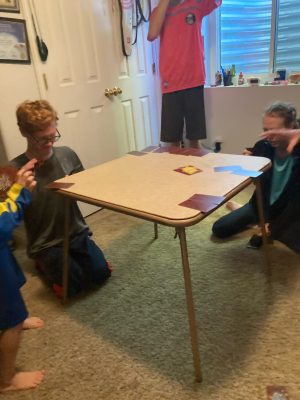 After reading The Arcanist’s Armory LLC’s review, if this sounds like a game for you at the time of this posting Aye Sea You! is available for you to print at home and play, if you like it you can get it for only € 17,0 + Shipping. Check it out and get it HERE.
Find out more at BGG.
Did you back it based on our review? Please comment below letting us know!

Check out Aye Sea You! and Bad Guy Board Games on: