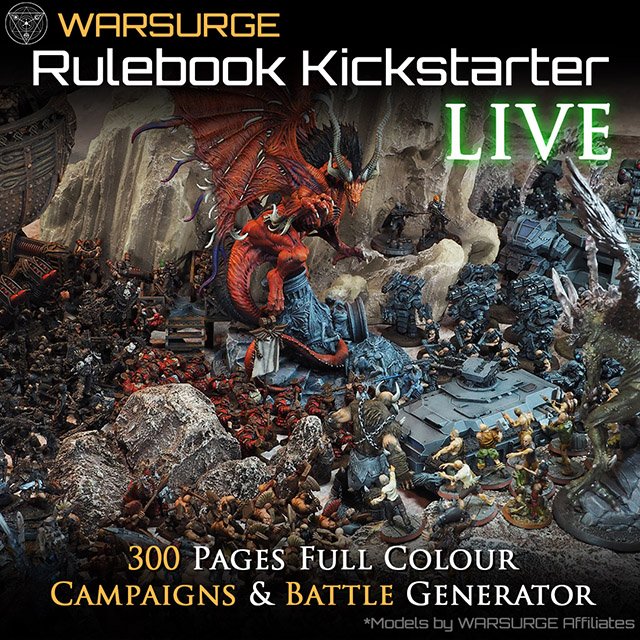 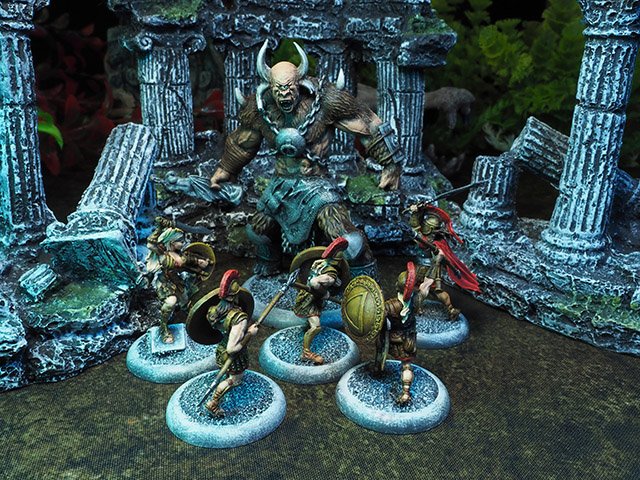 Prepare for warfare in a tabletop game where you design and fight with any army you want. You can use all of the miniatures in your collection to play. The WARSURGE Rulebook provides Missions, Narratives, Campaigns and two different Playstyles; plenty of content for both beginners and seasoned veterans alike.

You can use the WARSURGE App or Compendium to bring your armies to the battlefield. The App allows you to design unique unit profiles and customise your entire army; down to each model’s weapons. The Compendium has hundreds of premade units and weapons to make a roster, or scan them with the App to customise them further. 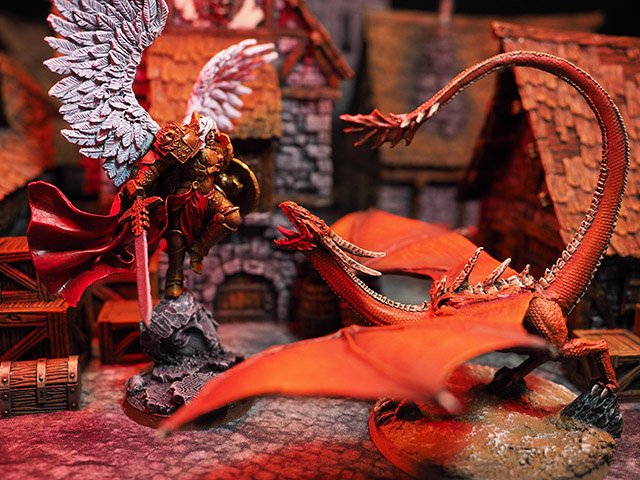 Participate in competitive battles against any number of players, or fight alongside allies in story-driven scenarios. You can even face a myriad of challenges in solo games. The Warsurge rulebook gives you the tools and tips for making your own narrative quests and missions.

WARSURGE is set in a vast multiverse; the overshadowing story of all existence. Each universe is linked by portals, rifts and cracks in reality that are bridged by the Infinite Dark. This ‘Omniverse’ is limitless, transcending time and space; which justifies players to use anything and fight everything. 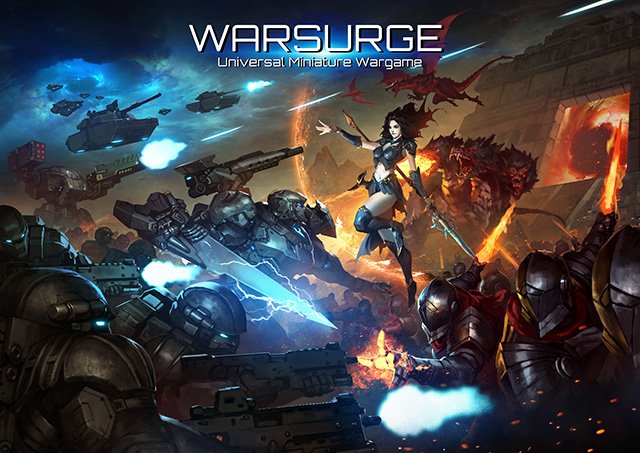 WARSURGE Rulebook will be live on KICKSTARTER until Mon, January 30 2023 11:09 PM PST, and has surpassed its funding goal of $683.
Pledge Below!

Find out more HERE.
Want our most important news delivered to your inbox at least twice a week????? Just fill out the following and submit. It’s that EASY!
Never Miss Everything Board Game posts again! Get them in your inbox: