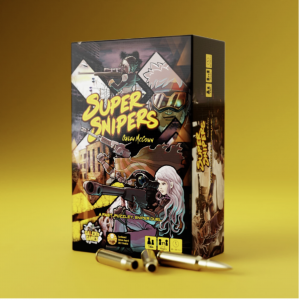 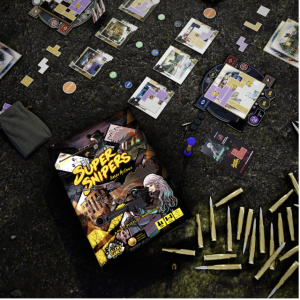 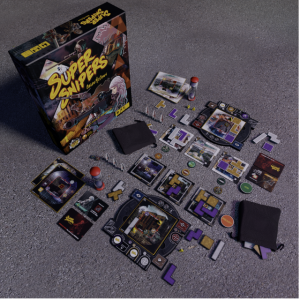 In Super Snipers, you and your opponent will be racing to first find the other’s hiding spot, then isolate any innocent bystanders, and finally use your skills to take them out before they do the same to you.  The first player to do this three times will be the winner.  The game uses polyominoes called Focus to represent the act of focusing and taking the shot.
Super Snipers plays in 20-30 minutes, can be played with simultaneous turns or in an intense real-time mode, and features two solo modes. 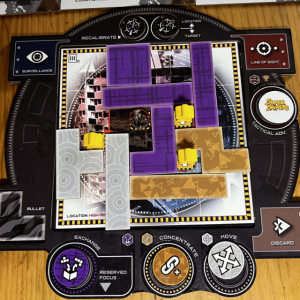