Proxy War: The Indie Strategy Board Game of Modern Wars 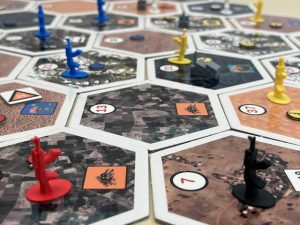 Proxy War immerses players in the conflicts of the modern era where angry citizens take up arms against an oppressive government while lurking foreign powers try to beat their rivals through exploiting war for profit. This 2-8 player game of cooperation and competition turns players into dictators, rebels, and greedy foreign powers striving to secure their survival and a cut of the profits from a resource rich land. Kickstarter campaign runs from September 6th to November 5th. 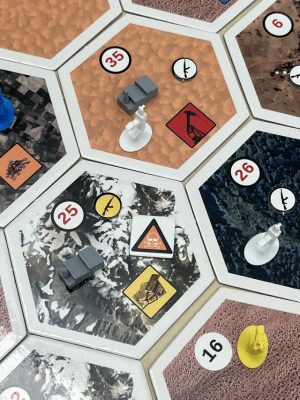 Proxy War is an indie strategy game with a dynamic resource management & trade system, simultaneous action decision, open-end negotiations & dice modified battles. Every game comes with a unique assortment of custom designed game pieces that immerse you in modern conflicts and provide you with snarky commentary of our crazy world.

Proxy War: The Indie Strategy Board Game of Modern Wars will be live on KICKSTARTER until Sat, November 5 2022 6:00 AM PDT. and has surpassed its funding goal of $1,000.
Pledge Below!