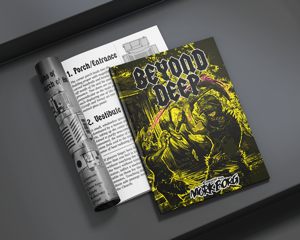 Publisher: Spooky Bell Games
Designers: Wes Ascolese and C. J. Koger
System: Mörk Borg
What sets it apart from other RPGs:
Beyond Deep dives into the grim and harrowing world of Mörk Borg and gives you grotesque monsters to fight and bizarre magic items to wield, while also entangling you in a world full of worker exploitation, deranged capitalism, and outright apocalypse. The company town of Bereleah is jam-packed with explorable locations, vying factions, and realistic characters, while the depths of the mine call out with their own dark rewards.
Find on KICKSTARTER HERE.
Pledge Below! 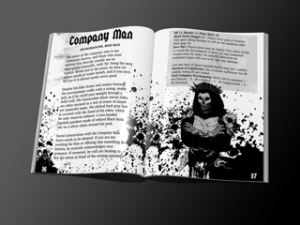 Beyond Deep is an 80+ page zine designed for the Mörk Borg roleplaying game, filled with detailed maps, gruesome monsters, compelling characters, explorable locations, and strange encounters. The adventure focuses on a small company town ground under the boot of the corrupt Thunder Trove mining company, which is mining the huge, tainted stone that plummeted to the earth as part of the end times. The adventure plunges characters deep into a multi-level mine filled with horrific terrors and harrowing encounters. 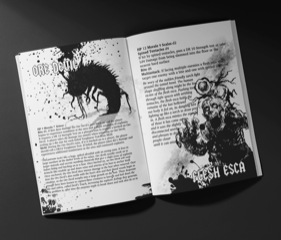 Find out more by signing up for

Spooky Bell games Newsletter
Want our most important news delivered to your inbox at least twice a week????? Just fill out the following and submit. It’s that EASY!
Never Miss Everything Board Game posts again! Get them in your inbox: