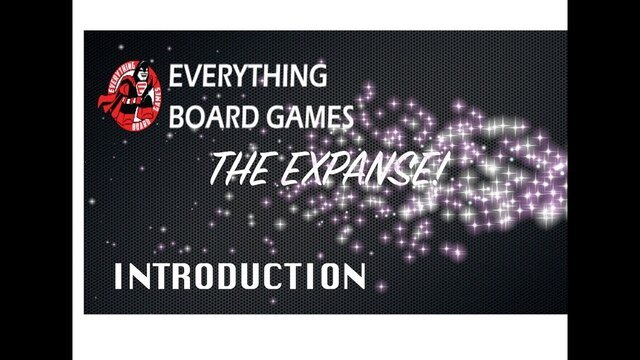 Intro to “The Expanse”
A new Everything Board Game Video Series all about Expansions and what the do and don’t bring to your base games!
This video series dives into the magical world of game expansions. We will look at which games have expansions that enhance playability overall along with the ones that provide the greatest value for your gaming dollar.
This video series is coming to you from none other than the FAMOUS Shane “Bogue” Bogardus– One of Everything Board Games reviewers.
Born and discarded to the wolves of the great Northern Planes, Bogue grew up a nomad. His recluse behavior landed him in the penitentiary of the Witchic County Municipality with a population 2 -A man and his dog. (Translation: A retired broadcast television and radio broadcaster turned financial planner for the good folks of main street not Wall Street. Life was always a game set on hardcore until he met a mild mannered digital publisher who took him under his wing and showed him the miracles of game design and play testing. (Translation: Bogue is an entrepreneur at heart owning multiple businesses including the latest www.Meepology.com dedicated to growing and maximizing the gaming experience for current and new gamers to the hobby.) Now he is a thriving member of the Everything Board Games review team (THIS IS TRUE along with hosting the monthly joystickshow.com podcast on video game reviews heard anywhere you get your downloads) and lives with his long lost mother and his pet ferret named Meeple in Austin, TX. (Translation: He lives with his wife, two teenage boys and his dog “Pepper Potts” in Austin, TX.)
See Shane “Bogue” Bogardus reviews HERE!
Want our most important news delivered to your inbox at least twice a week????? Just fill out the following and submit. It’s that EASY!
Never Miss Everything Board Game posts again! Get them in your inbox: