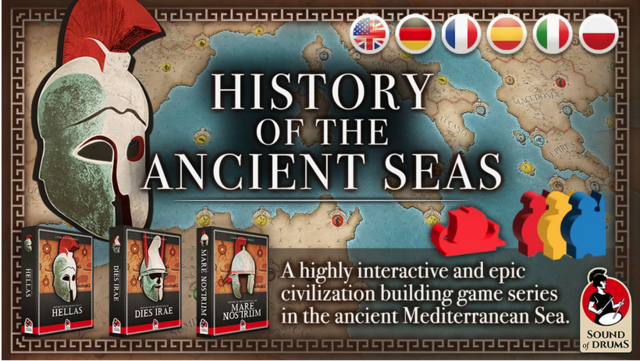 History of the Ancient Seas Part I: HELLAS (2 players)

Ages: 14+
Time: Varies.
Find on KICKSTARTER HERE soon, so make sure to follow along so you don’t miss out on all the fun!

A series of three big board games covering the creation of civilizations in the Ancient Mediterranean Sea. 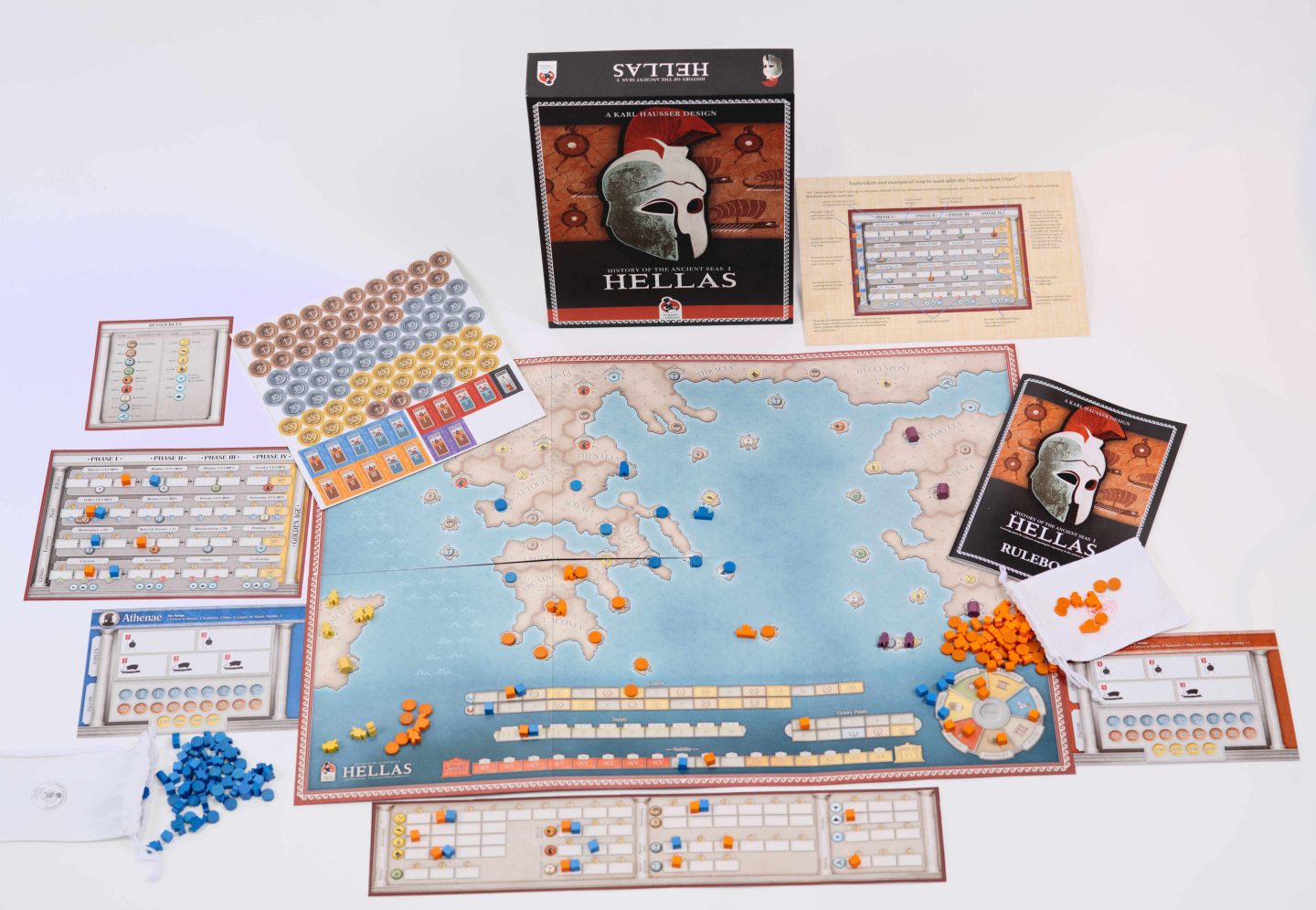 The Mediterranean Sea in ancient times. Images of magnificent coasts to be explored and legendary civilizations that rose to power come to mind.

The game series “History of the Ancient Seas” is the ultimate journey through these exciting times. Build new fleets in your city to explore unknown lands, conquer islands and build a great empire. 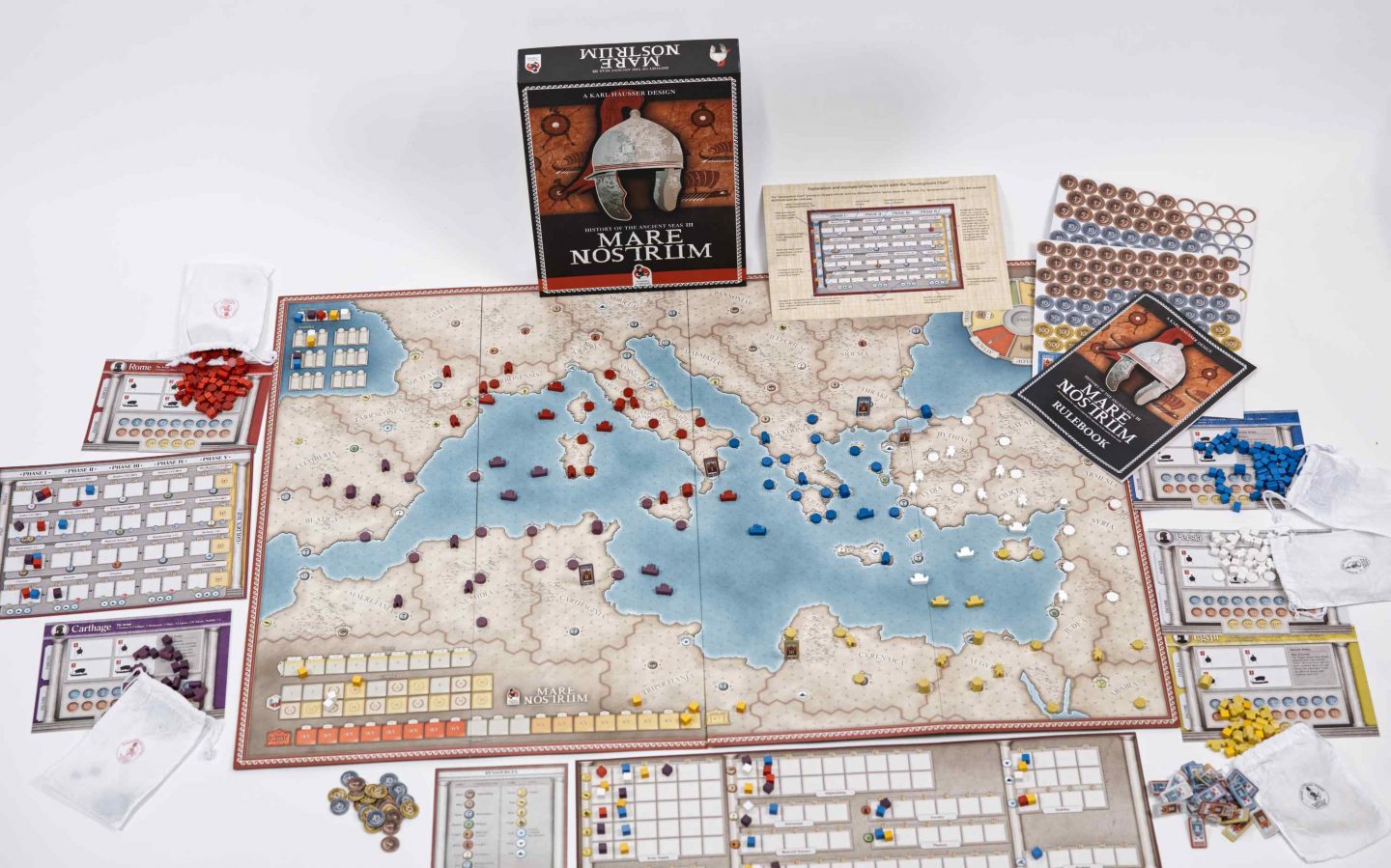 “History of the Ancient Seas” is a series of three independent games that share the same rules mechanics. They are played in highly interactive micro-impulses.

Your goal is to become the leading empire in known world. To achieve this, you will need to build armies and fleets to increase your military might, expand trade routes, conquer islands and provinces, develop your military skills, economic efficiency and culture, while always keeping an eye on the wealth, happiness and stability of your people. 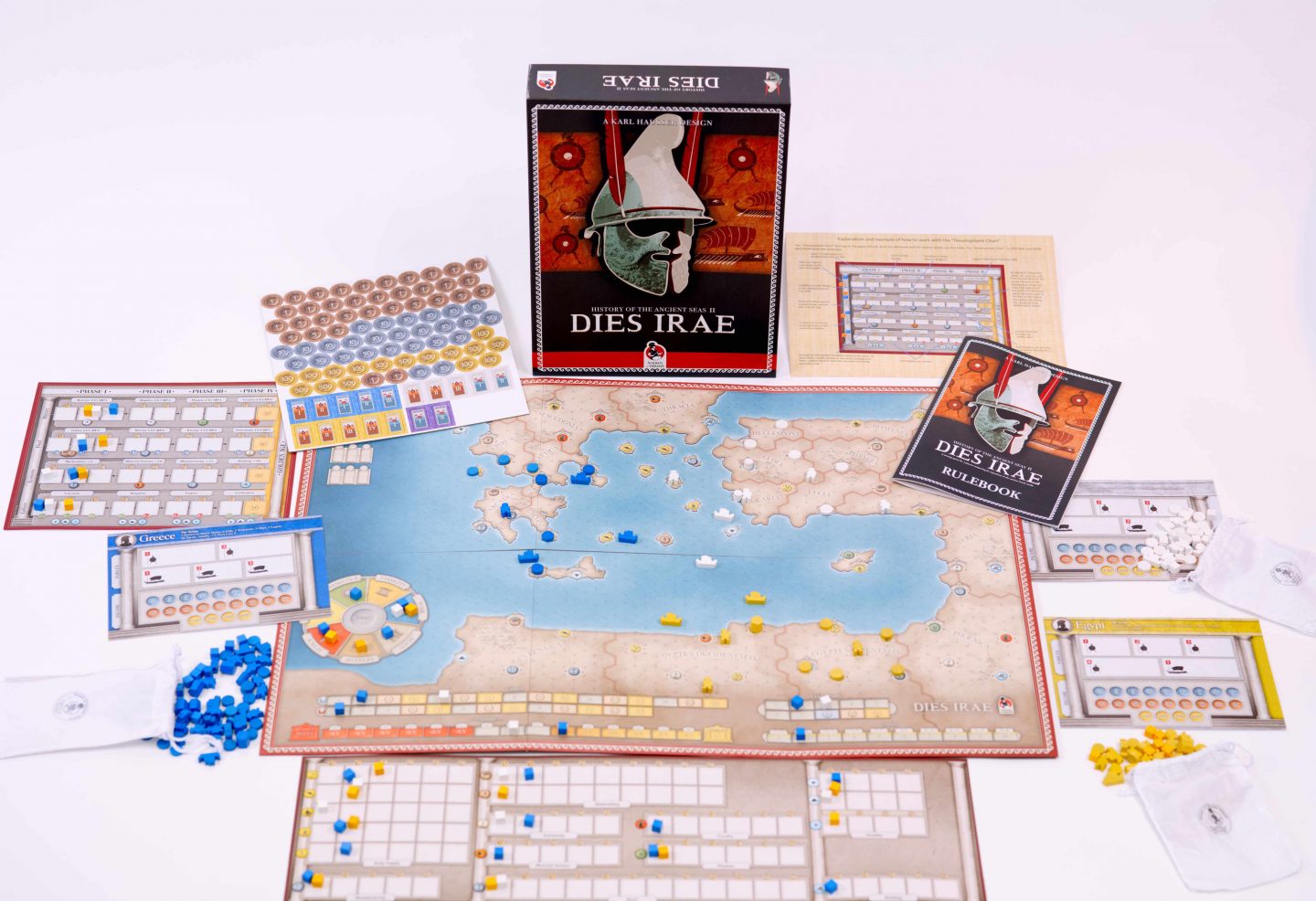 The game is played in highly interactive micro-impulses. The heart of the game system is the action cycle: The players choose one of the eight possible actions. Actions chosen by a player can’t be chosen subsequently by the next player. The number of possible actions is limited each turn.

History of the Ancient Seas will be live on KICKSTARTER very SOON, so make sure to follow along so you don’t miss out on all the fun!
Find out more at BGG.
Want our most important news delivered to your inbox at least twice a week????? Just fill out the following and submit. It’s that EASY!
Never Miss Everything Board Game posts again! Get them in your inbox: