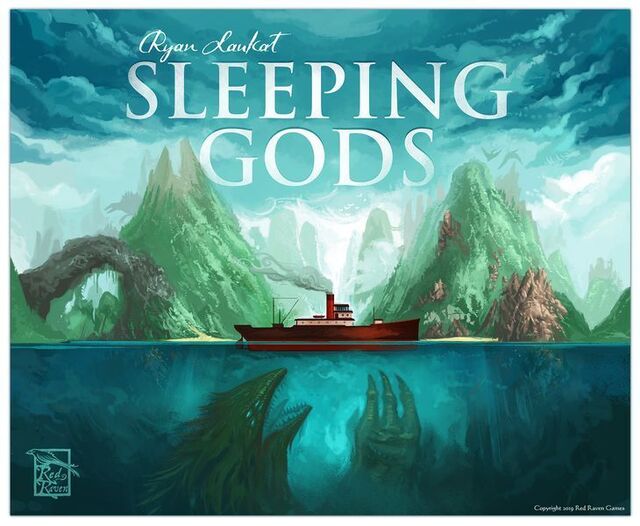 “Are the stars unfamiliar here?” she asked, and the sky grew suddenly dark, the star’s patterns alien and exotic. “This is the Wandering Sea. The gods have brought you here, and you must wake them if you wish to return home.”

In Sleeping Gods, you and up to 3 friends become Captain Sofi Odessa and her crew, lost in a strange world in 1929 on your steamship, the Manticore. You must work together to survive, exploring exotic islands, meeting new characters, and seeking out the totems of the gods so that you can return home.

Sleeping Gods is a campaign game. Each session can last as long as you want. When you are ready to take a break, you mark your progress on a journey log sheet, making it easy to return to the same place in the game the next time you play. You can play solo or with friends throughout your campaign. It’s easy to swap players in and out at will. Your goal is to find at least fourteen totems hidden throughout the world. Like reading a book, you’ll complete this journey one or two hours at a time, discovering new lands, stories, and challenges along the way.

Sleeping Gods is an atlas game. Each page of the atlas represents only a small portion of the world you can explore. When you reach the edge of a page and you want to continue in the same direction, you simply turn to a new page and sail onward.

Sleeping Gods is a storybook game. Each new location holds wild adventure, hidden treasures, and vivid characters. Your choices affect the characters and the plot of the game, and may help or hinder your chances of getting home!

Welcome to a vast world. Your journey starts now.

Disclaimer: The publisher provided the prototype copy of Dawn of the Necromancer – 5th Edition Adventure. The opinions expressed in the review are completely my own.

Welcome aboard the Manticore, a 1929 steamship lost at sea in the mystical realm of the Wandering Sea.

As you may imagine from the introduction, Sleeping Gods is a highly thematic exploration game. The story unfolds over the course of the campaign can last 10+ hours, but it’s also designed to be saved and restarted at your leisure, just like a novel.

Today we’re looking at one of the most anticipated new games of the last few years to see if it lives up to the hype.

What’s in the Box

The card stock and cardboard tokens are all really nice quality which is what I would expect from Red Raven Games and its reputation for quality.

The actual storage system and boxes blew me away. There are a lot of different card decks that need to be separated and kept organized. The inclusion of the storage boxes to keep everything organized makes that extremely easy, and the quest box is actually pretty hefty and closes shut with a magnet. I haven’t seen that level of dedication to game components in quite some time.

From giant rats, monstrous creatures, and 1920’s steamship captains, the artwork all fit perfectly with the theme which is again what you would expect from Ryan Laukat.

The rulebook is rather extensive and filled with quite a few thematic elements that make it fun.

I particularly appreciate the ‘Designers notes’ that explain certain thematic elements like, “The Manticore has enough coal in its stores to last you the entire trip, so you do not need to worry about fuel.”

It just goes to show how much thought and effort went into the actual design and story elements of Sleeping Gods.

The average turn consists of 3 phases.

The Shipboard event takes place on the Manticore board itself. There are 5 different locations that players can choose from and each one does something slightly different.

Each of these is crucial to the game, so it’s a balancing triage act to find the most useful action for the moment.

Next, is the Event. The event deck basically takes place as a timer for the campaign. A full campaign in the game will have players running through the event deck 3 separate times. The deck itself is set up to progressively get harder over the course of 3 stages:  mild, perilous, and deadly, and each deck has 18 cards. A full game will consist of 54 total rounds.

Finally, we have two Player actions per turn that include exploring, moving the Manticore, or visiting a port or market.

It’s very easy to get the flow of the game down and after a few turns, you’ll stop referencing the rulebook to check on what each symbol means.

Sleeping Gods offers a quick-start intro scenario that suggests a learn-as-you-go experience for the first few turns of the game. It does state that after the intro scenario, at least one player should read the rulebook, so I decided to test it out.

I tried it solo and ran through it in about an hour. While I did have the gist of the game, by no means did I consider myself ready to play right away. I did have to take a break to completely read the rulebook before continuing.

I was really excited to give Sleeping Gods a try. And as previously stated, I’m a big fan of Above and Below.

My annoyance with Above and Below was that the stories just ended abruptly. They set up such an amazing fantasy world and fun little scenarios only to end with… gain x resource or lose x resource.

I was really excited to see how they addressed and expanded upon that in Sleeping Gods.

After getting through the intro scenario and playing the first few quests I was pleasantly surprised that they indeed expanded upon their storytelling skills.

One of the first quest players may encounter is a rumor that the village of Last Hope is being attacked by Rat People. Players steer their trusty ship the Manticore into the Harbor only to find giant oily rat people looting and burning down the village.

What’s the trusty crew of the Manticore going to do?

Players are actually given some pretty fun options to choose from. They can:

There are a lot of fun little options and unlike its predecessor (Above and Below) you actually do get a conclusion of sorts. Instead of the “receive x item” without any context you finally get a conclusion to the little stories and side quests.

You could be thanked by villagers depending upon your success or you could find the entire village leveled and burnt to the ground. It’s rather interesting how it goes.

It’s a wonderful world to explore but it’s not without its flaws. The quick start guide did an excellent job of getting started, but it wasn’t wrong when it stated that at least one player has to read the full rulebook in its entirety. Sometimes with a quick start guide, you can just reference the rules for symbols or other obscure rules, but I did end up spending enough time flipping back and forth that I gave up and read the entire thing through.

That being said, there were still some issues I had and ambiguous situations that arrived even after reading through the whole thing.

The very first event card I pulled was the ‘Maintenance Card’ and it didn’t quite make sense. I could have just been unlucky, but it’s not the greatest sign that the first card I drew was a little ambiguous.

The card stated that I could do repairs but that a failure would result in a loss of health for one of my characters. Since this was my first turn, it didn’t really make sense for me to try and repair anything and I wanted to know if I could skip the card entirely. After much searching, I came to the conclusion that no, I had to attempt to resolve the card even if my ship was at full health.

No matter what happens in the event deck, you have to try to resolve it and there is no way to skip it. I did end up failing that check and my mechanic lost some health. I had to justify to myself that even though the ship was fully repaired, that doesn’t stop maintenance. A sailor could definitely hurt themself during the course of standard maintenance.

As I mentioned earlier, I’m a big fan of thematic and story-driven games and I’ve played Red Raven’s previous game Above and Below a lot.

I was expecting an updated version and a nice little story-driven game. I was completely wrong. The campaign focus of Sleeping Gods is huge. Much bigger than I originally thought.

To actually finish the game, you’re looking at about 10 hours for a full playthrough. I first realized this when I started playing and then spent 30 minutes looking through the rulebook trying to find the game-ending conditions. I shuffled through the rules explaining how to save a game and add/remove players throughout the campaign… and that’s when it hit me.

The game doesn’t end until the entire story is complete with either a good or bad ending. It also introduces a new game + on the achievement board which should have tipped me off as well. Going in, I was expecting a similar game to Above and Below but with more involved stories. What you actually get, however, is a family-friendly Kingdom Death Monster.

They were quite a few similarities between Sleeping Gods & KDM that didn’t jump out at me until after I was halfway through my first campaign. The campaign-driven narrative is meant to be played over long periods of time. Characters can receive wounds and level up with extra abilities and equipment. The story paths are very similar to KDM but much less violent. You can see your crew at 100% one minute and then struggling to limp back into a safe port the next.

It’s a really cool system that isn’t new but hasn’t been as accessible in previous games. In order to get a massive game like this, you usually have to break the bank or purchase an insane amount of expansion packs. Sleeping Gods, however, comes with a ton of gameplay in a single box.

I’m very impressed with the entire production. From gameplay to artwork, mechanics, and even the storage in the box, Sleeping Gods is an amazing game that will definitely keep you entertained for quite some time.

After reading Bryan’s review, if this sounds like a game for you at the time of this posting Sleeping Gods is available for purchase.
Find out more at BGG.
Did you back it based on our review? Please comment below letting us know! 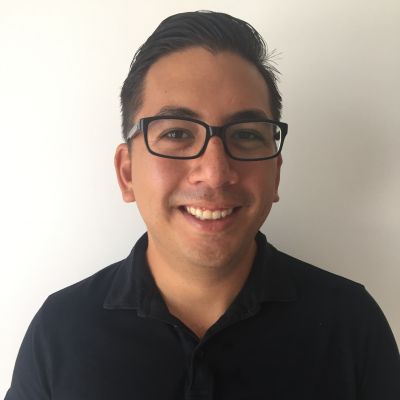