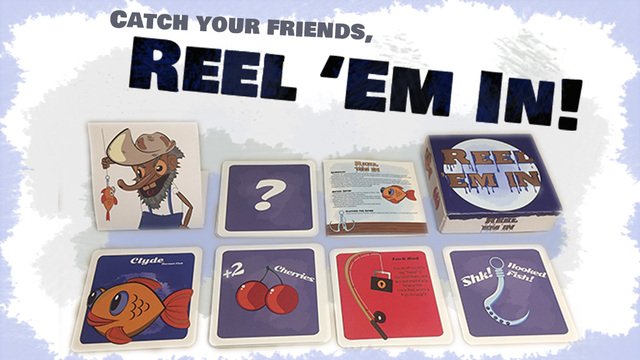 Reel ‘Em In
Publisher: Island of Bees
Designer: John Heffernan
Number of Players: 3-5
Ages: 10+
Time: 5-15 minutes.
Find on KICKSTARTER HERE.
In Reel ‘Em In, one player takes on the role of a fisherman, and two or more players take on the role of fish. Fish players compete to get the most points, while the fisherman tries to catch one of the fish to steal their points. While fish gain points by snatching up food cards, the fisherman steals points from the fish. Fish Players take turns selecting Fruit cards, which give them points! 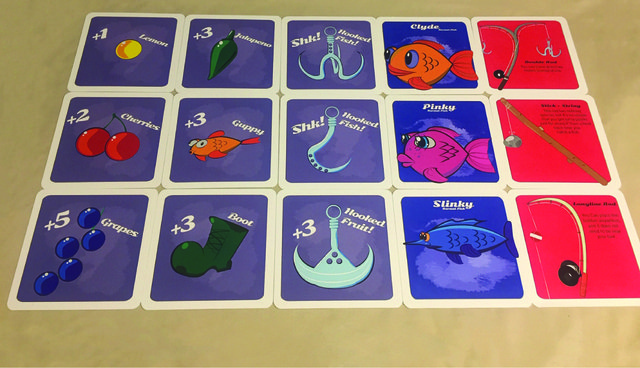 Hidden among the food cards is a hook placed by the Fisherman, and when a fish picks it up the Fish and Fisher compete! Each shouts their  Powerphrase, and the first to finish their word wins.
This results in either the Fisherman stealing all of the fish’s points, or the fish swimming away. The fisherman benefits more when the fish has lots of points, so must place their hook down strategically.
The game ends when there are no more fruit cards left in the deck. The player with the most points wins! The game is made entirely in Canada, and will ship in early June! 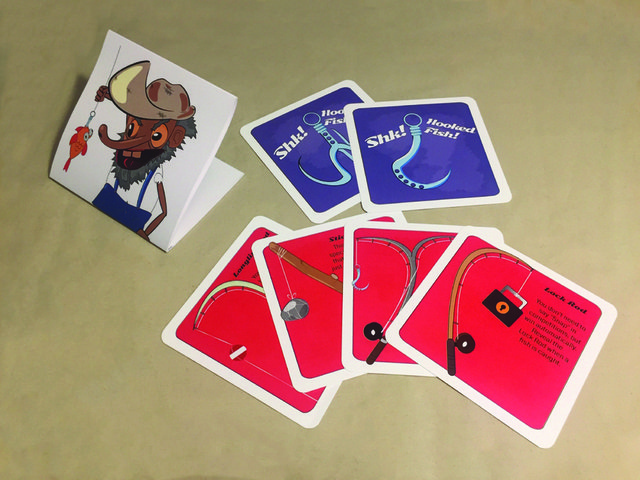