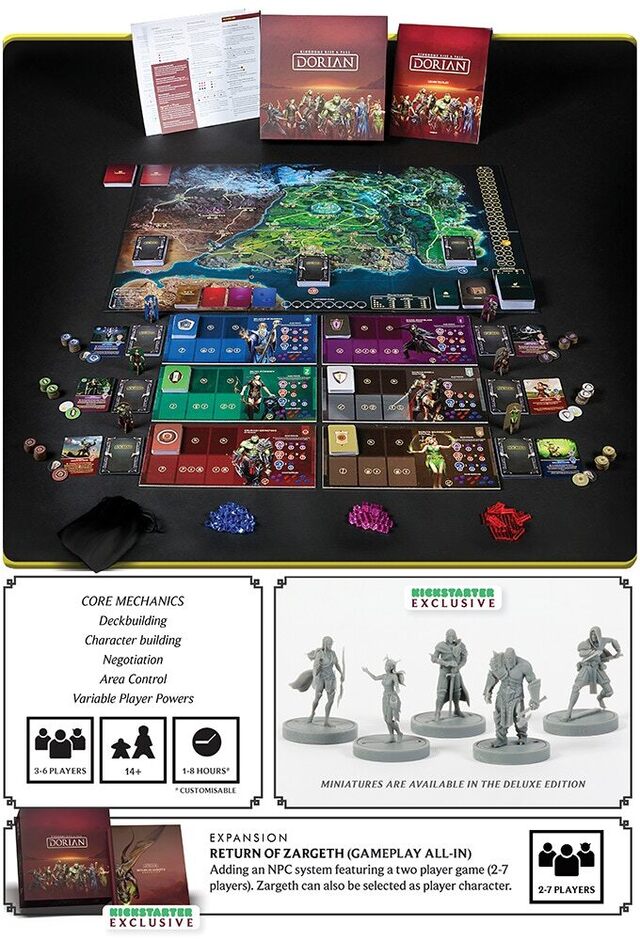 Kingdoms Rise & Fall – Dorian is a deckbuilding game for 3-6 players with a pinch of adventure and now available on Kickstarter! Travel the land, attack locations, negotiate, progress your character and build your deck to become the new ruler of Dorian! The session length in Kingdoms Rise & Fall – Dorian is adjustable from 1,5 hours up to 6 hours or more and the game will have a lot of player interaction. Learning the game is fairly easy, but to become a pro is difficult!

Finally, for the real board game lovers there is a Deluxe Edition with 7 miniatures of all main characters in Dorian (including Zargeth).

The campaign ends in less than 48 hours!!

Kingdoms Rise & Fall – Dorian will be live on KICKSTARTER  FOR LESS THAN 48 HOURS!!! until Thu, April 21 2022 6:00 AM PDT, and has surpassed its funding goal of $23,699.
Find out more at BGG.
Want our most important news delivered to your inbox at least twice a week????? Just fill out the following and submit. It’s that EASY!
Never Miss Everything Board Game posts again! Get them in your inbox: