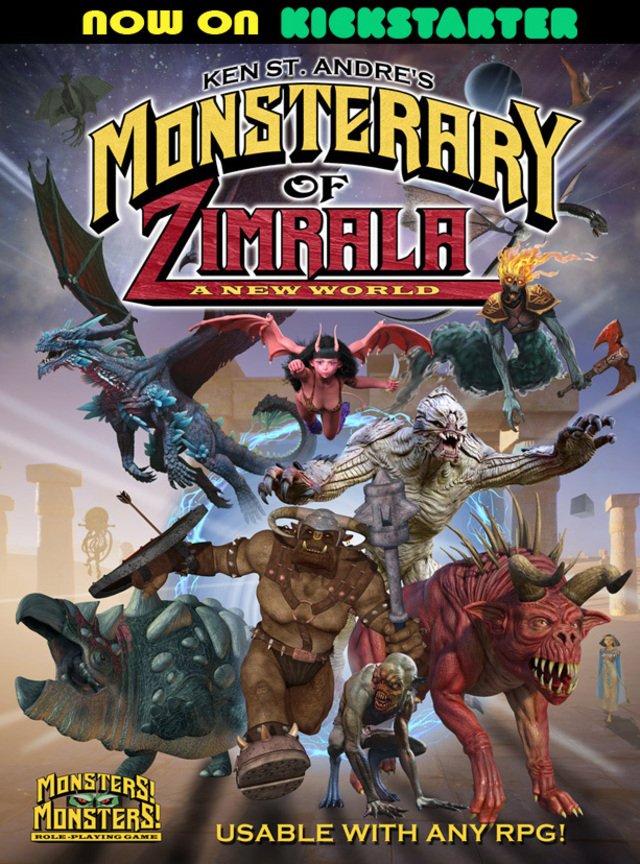 Publisher: Steve Crompton
Writers and Editors: Ken St Andre, Bear Peters, Stefan Jones, and Debora Kerr
Art from: Steve Crompton, Liz Danforth, Rob Carver, Phil Longmierer, Tom Ardans, Simon Lee Tranter and others.
System: Any Fantasy Role Playing Game
Find on KICKSTARTER HERE.
Ken St Andre’s new role-playing book, Monsterary of Zimrala has over 111 unique illustrated creatures, from the dangerous Ambaina all the way to the Zimralan Wraith. Almost all these creatures have never before been seen anywhere in print. We are also including details for each monster on how to use it with ANY fantasy rpg. Besides the Monsters, the book includes a whole new fantasy world for you to explore and adventure in, a world populated with unique monsters, many strange mysteries, and lost civilizations. The book includes a section about the world, its environs, details on many of its dark secrets, and hints about the tumultuous disaster of its past.
The book is also going to include both a GM & Solo adventure that takes place in Zimrala. 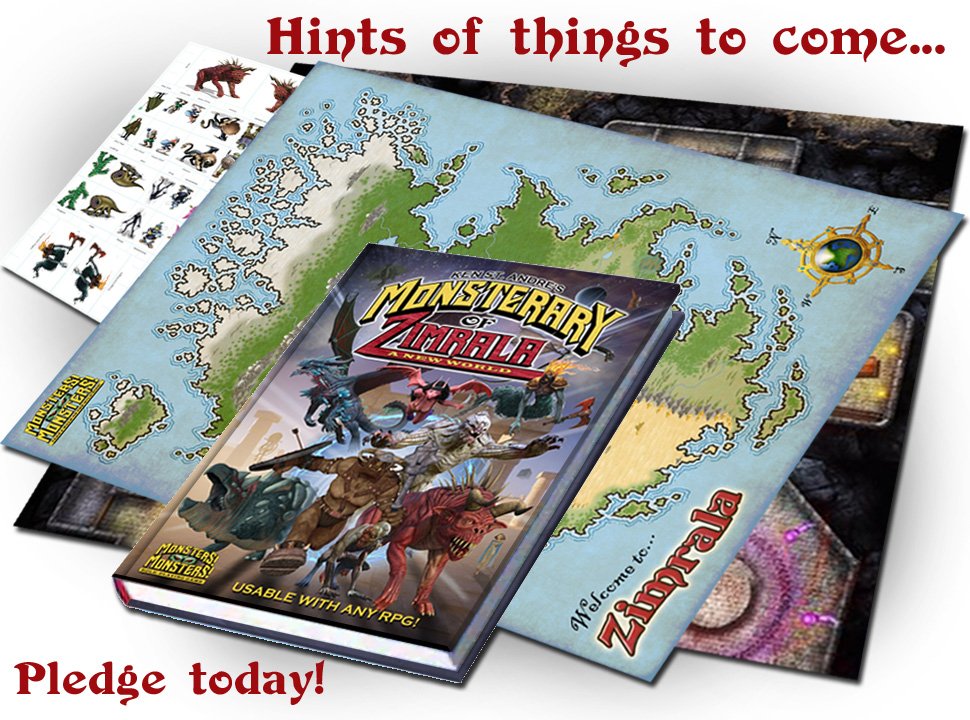 Almost everyone working on this book has worked on other RPG books and kickstarters in the past, Including Deluxe Tunnels & Trolls, Grimtooth’s Trapsylvania, Citybooks, and many others. Writers and editors include Ken St Andre, Bear Peters, Stefan Jones, and Debora Kerr. The Monsterary also includes art by Steve Crompton, Liz Danforth, Rob Carver, Phil Longmierer, Tom Ardans, Simon Lee Tranter and others.
The Kickstarter began on March 22nd and Runs Till April 22nd.

Ken St Andre’s Monsterary of Zimrala will be live on KICKSTARTER until Thu, April 21 2022 5:35 PM MDT, and has a funding goal of $22,222
Find out more at HERE.
Want our most important news delivered to your inbox at least twice a week????? Just fill out the following and submit. It’s that EASY!
Never Miss Everything Board Game posts again! Get them in your inbox: