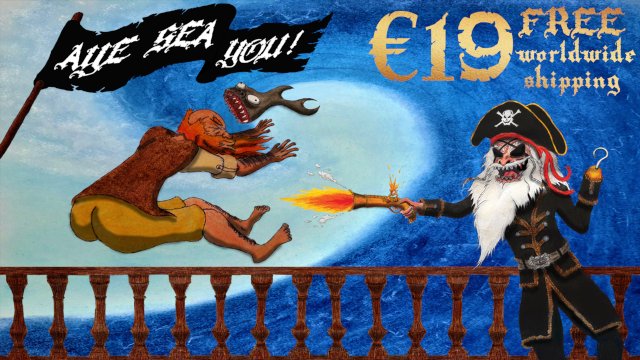 Find on KICKSTARTER HERE.
A real-time dexterity game about pirates sneakily trading treasure behind their captain’s back! 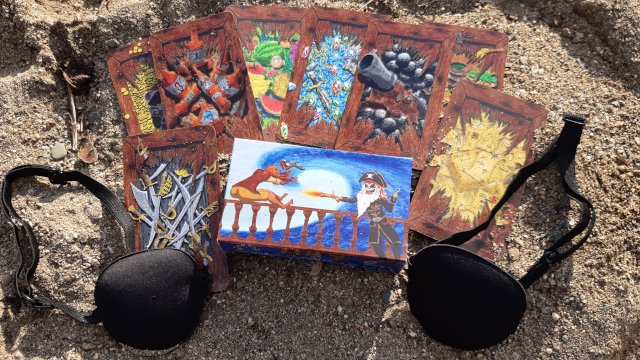 Aye Sea You! is a quick and intense game, that any pirate can learn to play in a few minutes. It’s light and compact, so you can carry it anywhere.
The game pits one visually impaired Captain against his mutinous Crew. The Crew try to exchange Treasure Cards, but if the Captain sees them, he shoots them at point blank range. If each Crew-member (living and dead) simultaneously reveals a complete set of 4 identical Treasure Cards, the Crew wins! If they fail to do so within 5 minutes (or if they’re all dead), the Captain wins!

Aye Sea You! will be live on KICKSTARTER starting Today (5 April 2022)!
Find out more at BGG.
If you don’t want to end up walking the plank