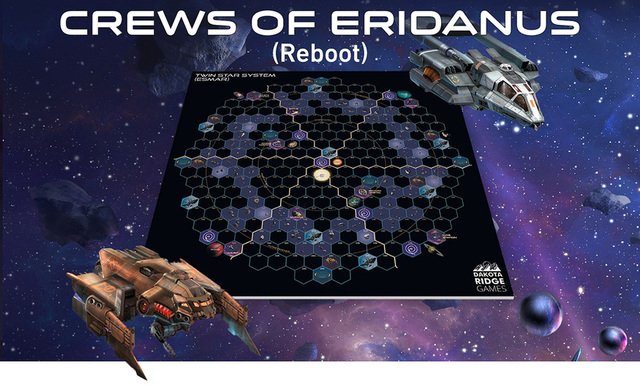 If you were one of our original backers, you know that we rebooted our Kickstarter campaign. Our new campaign is live now: it offers the best deal possible for our original and prospective backers.

Crews of Eridanus is a sandbox style, semi-cooperative spacefaring game of exploration and adventure for 1-6 players. It is deeply immersive, with a unique crew-building mechanism, and it is fun to play!

Your adventure starts in the year 3704 in the Esmar system, where the star gate was recently destroyed by an unseen enemy. The loss of the gate has cut off interstellar commerce and has been a heavy blow to the system’s economy. Piracy is on the rise, menacing trade and travel across the system.

You have been appointed captain of a small corvette spaceship. Your mission is to assemble a crew, help rid the system of pirates and to defend it if a mysterious threat returns. You have a newly-graduated Cadet as an assistant, but to deal with the pirates and other hazards, you’ll need to hire a larger crew.

As you explore and visit some of the space stations that are situated around the system, you will decide who to hire based on their abilities and your strategy. 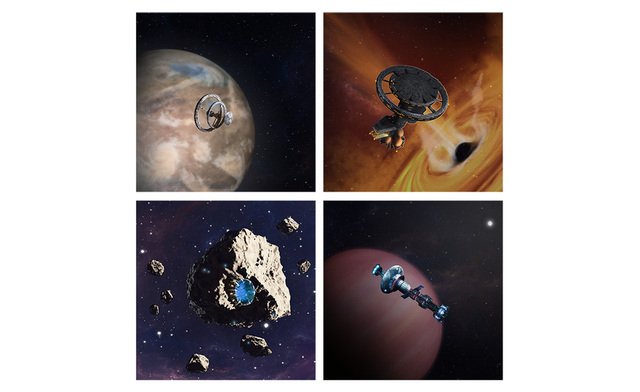 You have a substantial amount of control over your fate during the game, and combat is also driven by your choices. There are also elements of chance when you go mining, exploring and move through hazardous space.

The game starts in a pirate phase, where pirate ships occupy a number of locations on the map. If most of the pirates are destroyed, then the game shifts to a normal phase. Certain events and the behavior of pirates depend on the phase of the game.

Finally, the game enters an end phase after a pre-determined number of rounds have been played and you are faced with the reappearance of the mysterious enemy that destroyed the star gate. If you are successful in stopping this enemy, whoever has the most Victory Points is the winner.

Are you ready to face the challenges of the Twin Star system?

Crews of Eridanus will be live on KICKSTARTER until Thu, April 7 2022 5:53 AM MST, and has a funding goal of $21,500.
Find out more at BGG.
Want our most important news delivered to your inbox at least twice a week????? Just fill out the following and submit. It’s that EASY!
Never Miss Everything Board Game posts again! Get them in your inbox: