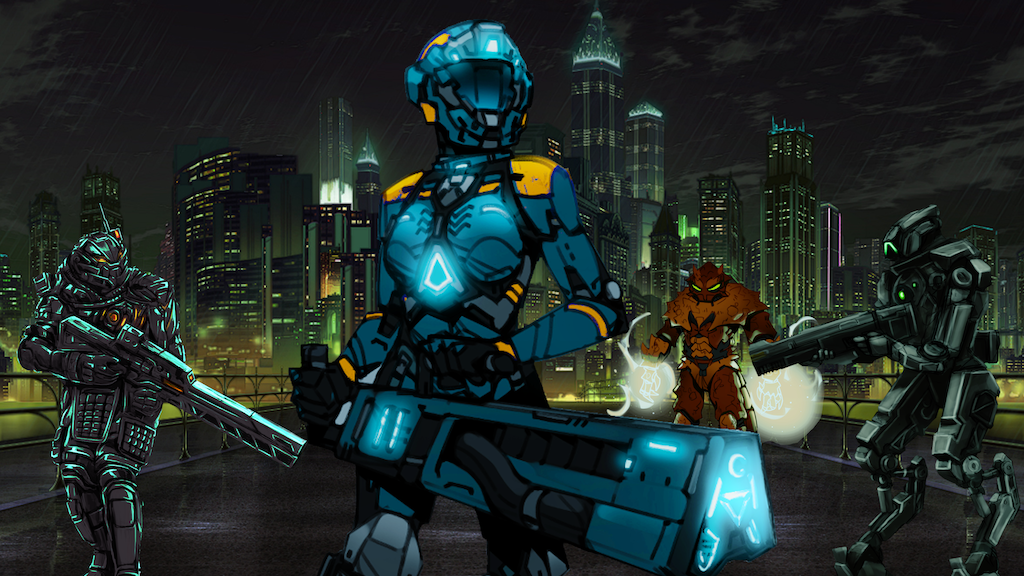 Find more info HERE.
From the Publisher:
A crystal, tumbling in time, moving through space, traveling between dimensions.
It was empty inside, an emptiness that demanded.
A void, a pocket of less than nothing, it was a timeless maw,
a crystal frozen on the inside, where no entropy could unfold.
And then, a flash, a beam of light, arrival.
The crystal was drawn, from the commotion, the anger, the pain, the anguish.
it appeared. engulfing commotion, until there was silence, stasis, peace.
Then more came, until the planet was silenced.
Now this world is frozen, trapped in time, trapped all together, trapped apart.
No time enters here, until the shattering begins.
Disclaimer: The publisher provided the PnP files of Abby’s Fate. The opinions expressed in the review are completely my own.

Overview:
I am always a sucker for games that utilize what I already have laying around my house. I also like Print and Play games. So, when Abby’s Fate came across my radar as a PnP that requires coins and a deck of standard playing cards, I couldn’t resist!

I was drawn to this game not only for what I have mentioned above, but also for the system of turn taking. Each turn, player’s select which card they want to deploy. The cards are gathered and shuffled. The top card is flipped, and that player gets to take the action selected. When done, the next card is flipped. This makes for interesting decisions.

As for theme, Abby’s Fate is basically a free for all combat game. The characters are all unique and give the players different abilities that makes for an interesting game.

The gameplay is quite simple. It is the strategy that drives Abby’s Fate. At the start of the turn, every player should have 4 cards in their hand. Each player selects one to play, and places it face down in a centralized stack. One player then shuffles the stack of cards and flips the top card. Whosever suit it is gets to take the selected actions. Each character has three actions that can be taken. These are determined based on the face value of the card selected: 2-6, 7-10, Jack – Ace. As the value increases, so do the effects. There are two actions, move and attack. The movement value is stated, and characters move orthogonally, not diagonally. The same goes for attacks. The character Proto must be adjacent to his opponent to attack. The other three are range attackers.

When the first player is finished moving and/or attacking, the next card is flipped, and that character is activated. It is important to note that characters cannot attack or move through the walls printed on the board. If a character ends movement on a penny, it is picked up. That player can now choose to play an additional card for each power up (penny) in possession. At the end of the round, each player discards their card or cards used that round and draws back up to four cards. A new round begins. If a player has played a power-up, that power-up respawns in the starting corner for that character.

If a character’s health ever runs out, that player is eliminated. The last one standing is declared the winner!

The art by an artist only known to me as Axel is great. I love the look of it. The characters are all creative. The board looks great for the small melee game. I do wish that the characters were not tokens though. There are plenty of ways to make standees for print and play games. I would also have like a disc to “tape” to a penny that looks like a power up of some sort. Enhance the theme! I have never complained that a game had too much theme.

There seems to be a few good strategies for winning Abby’s Fate. The first one is just hide. That is what I did the first time, and it worked well for me. I stayed in surrounded by walls. The second game, however, that strategy failed me because my card came up too late. The other great strategy is to go for the power ups and stay close to your corner. But again, if your cards do not come up at the right time, you can be hunted or forced to leave your corner to come get me while I am hiding from you. The campaign already teases additional characters and that will add more replayability to a game that I feel already has a good amount. I love the use of a standard deck of cards. Who doesn’t have one of those sitting around? A complete one is a different story. The dollar store will have some for you if you can’t find one.

Abby’s Fate is a solid game, but there are areas for improvement. The character tokens could easily be made into pawns. They are hard to see on the board, and this would also give the game some height.  The rules are a bit jumbled and in need of some massaging. I would complain that there needs to be a way to heal, like play a card and instead of taking its action, add half face value to your health. But, that would increase the playtime immensely, and I think that would take away from the appeal. It is a short game that can easily be taught and played.

For $4, get this game. It has its faults, but the core is there. The replayability is there. The accessibility is there. Backing and supporting creators like Brad Molsberry is very important to the gaming community. It encourages him to keep designing and he might inspire more people to get into the hobby and designing. I enjoy Abby’s Fate and I know that Brad has more to offer in this world he has created. I hope we get to see and play more of it!

After reading Adam’s review, if this sounds like a game for you at the time of this posting Abby’s Fate will be live on KICKSTARTER until Fri, January 28 2022 1:18 PM PST, and has surpassed it’s funding goal of $104. Like Adam said check it out and back it HERE for only $4 USD!
Find out more at HERE.
Did you back it based on our review? Please comment below letting us know!

Check out Abby’s Fate and ambershyft on: