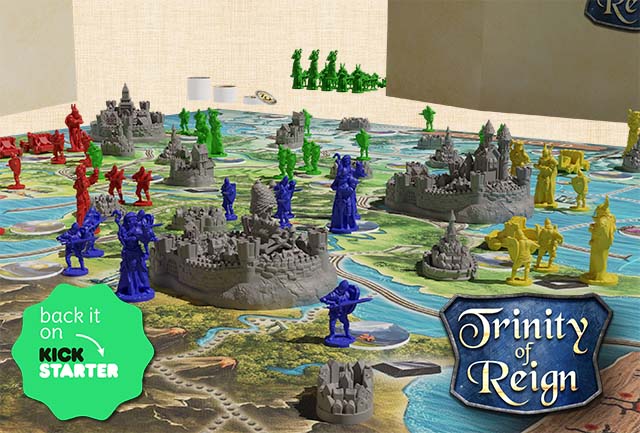 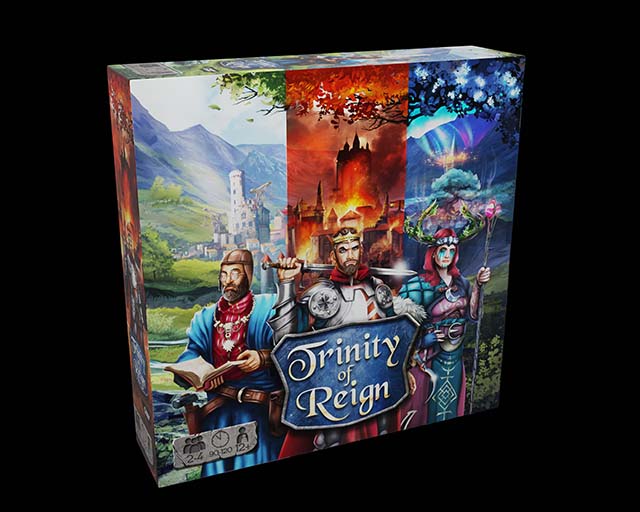 In Trinity of Reign you take over the rule of one of the four clans and build your empire. Construct cities, castles and metropolises. Build your individual capital city! Recruit new warriors and send out your druids to develop new potions and consolidate your rule. Take reign either by creating wealth, by invoking the gods, or by conquering land. 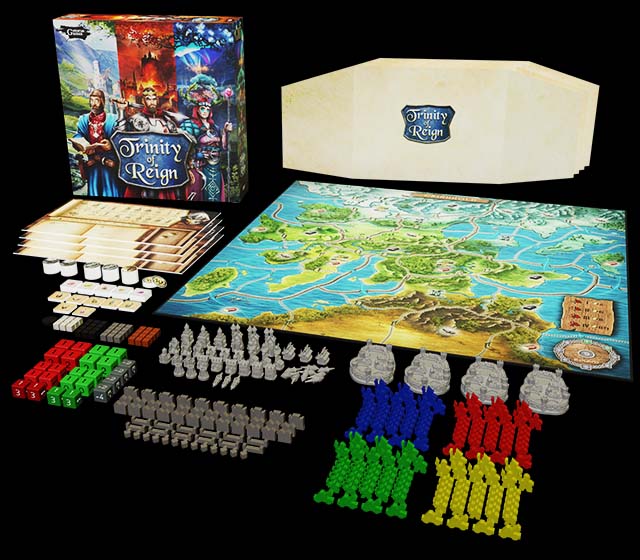 Trinity of Reign is a strategy game for 2 to 4 players. Easy to learn, it offers countless strategic possibilities and ways of playing. The detailed building miniatures and the possibility of individual expansion of the capital let you create a unique little world in every game, but you can never be completely sure of its integrity. 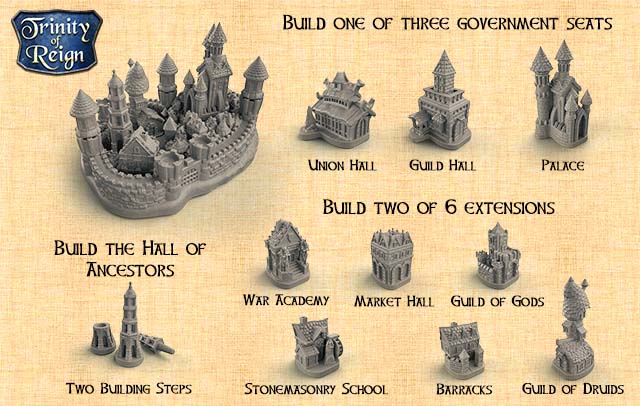 TRINITY OF REIGN – An Epic Medieval Strategy Game will be live on KICKSTARTER until Tue, November 30 2021 2:00 PM PST, and has a funding goal of $31,868.
Find out more at BGG.
Want our most important news delivered to your inbox at least twice a week????? Just fill out the following and submit. It’s that EASY!
Never Miss Everything Board Game posts again! Get them in your inbox: